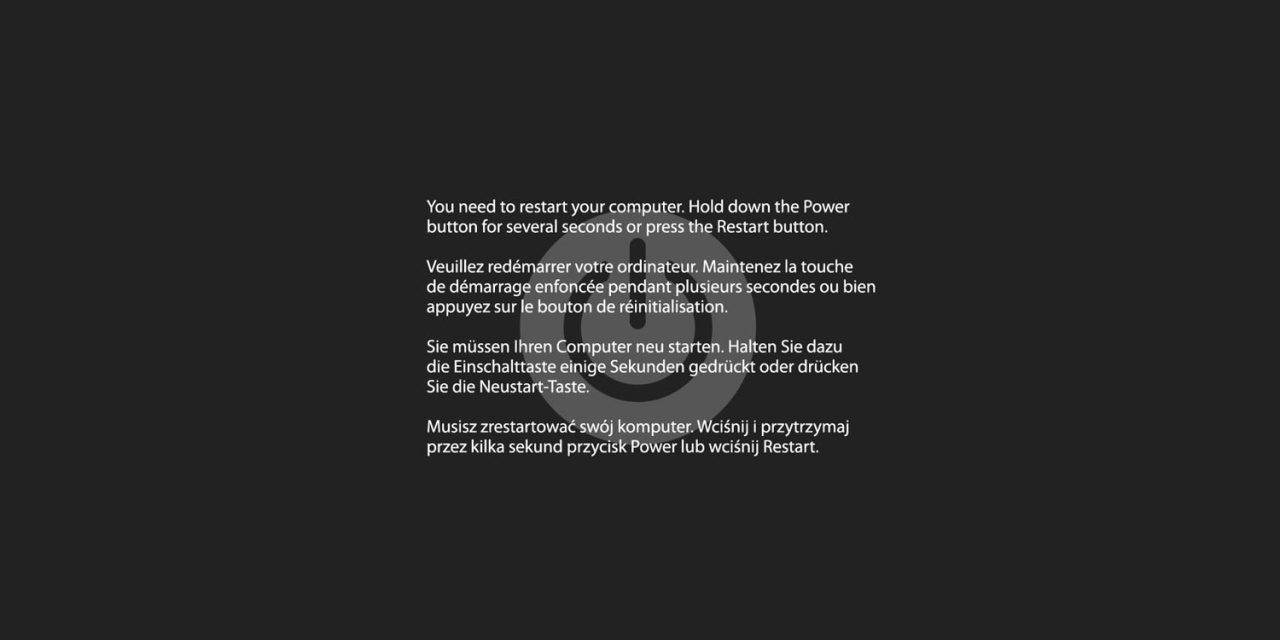 Just as one glitch with the 2018 MacBook Pro gets resolved, another one appears, although so far only for a very limited number of users.

Some owners are reporting repeated kernel panics – as often as once or twice a day. The same issue has been experienced by a number of iMac Pro owners, with some clues suggesting it may be the fault of one component found only in these two machines …

Digital Trends suggests that the T2 chip may be the problem.

Many iMac Pro owners have reportedly suffered numerous kernel panics — the MacOS version of the dreaded Blue Screen of Death in Windows — since they hit the market at the end of 2017. You can find a handful of threads on Apple’s community forums, including this one, detailing the trials and tribulations customers are experiencing with their expensive iMac Pros and Apple support. The problems apparently reside in the new MacBook Pro laptops, too.

Of all the error messages uploaded to these threads, there is one detail they seem to share: Bridge OS. This is an embedded operating system used by Apple’s stand-alone T2 security chip, which provides the iMac Pro with a secure boot, encrypted storage, live “Hey Siri” commands, and so on. It’s now included in the new 2018 models of the 13- and 15-inch MacBook Pro with Touch Bar.

A kernel panic is when macOS detects an internal error from which it cannot recover, or where continuing to run would risk the loss of more data than any unsaved documents. It is generally signalled by a message telling you that you need to restart your Mac.

The T2 chip handles a surprising number of tasks, including verifying the boot process during startup, and carrying out on-the-fly encryption of the SSD.

Tracking down the exact circumstances in which these particular kernel panics occur hasn’t proven easy. While some users have reported that they seem to occur when daisy-chaining storage devices, others have said they had nothing connected at all when it happened. The problem doesn’t seem to be related to hardware faults specific to the machines in question, as some users report that Apple replaced their machine – sometimes twice – but the issue continued with the new ones.

The list of theories expressed in threads on the topic are lengthy.

According to the threads, the system crashes can be reduced if you don’t daisy-chain devices, don’t use a Thunderbolt 3 to Thunderbolt 2 adapter, turn off Power Nap, turn off Secure Boot, don’t unlock the device with Apple Watch, remove third-party kernel extensions, and turn off every power management option you can find.

Apple says that it is investigating, and in the meantime is offering a pretty drastic fix.

Apple suggests that [affected] owners wipe and reload MacOS from scratch, disable FileVault, and disable Power Nap, the latter of which worked for some iMac Pro owners.

Some users report that macOS 10.13.6 resolves most of the panics, though not ones occurring when the machine is sleeping or waking from sleep.

At this point, the number of reports doesn’t indicate that the problem is endemic to all 2018 MacBook Pro or iMac Pro machines, affecting a relatively small number of them.