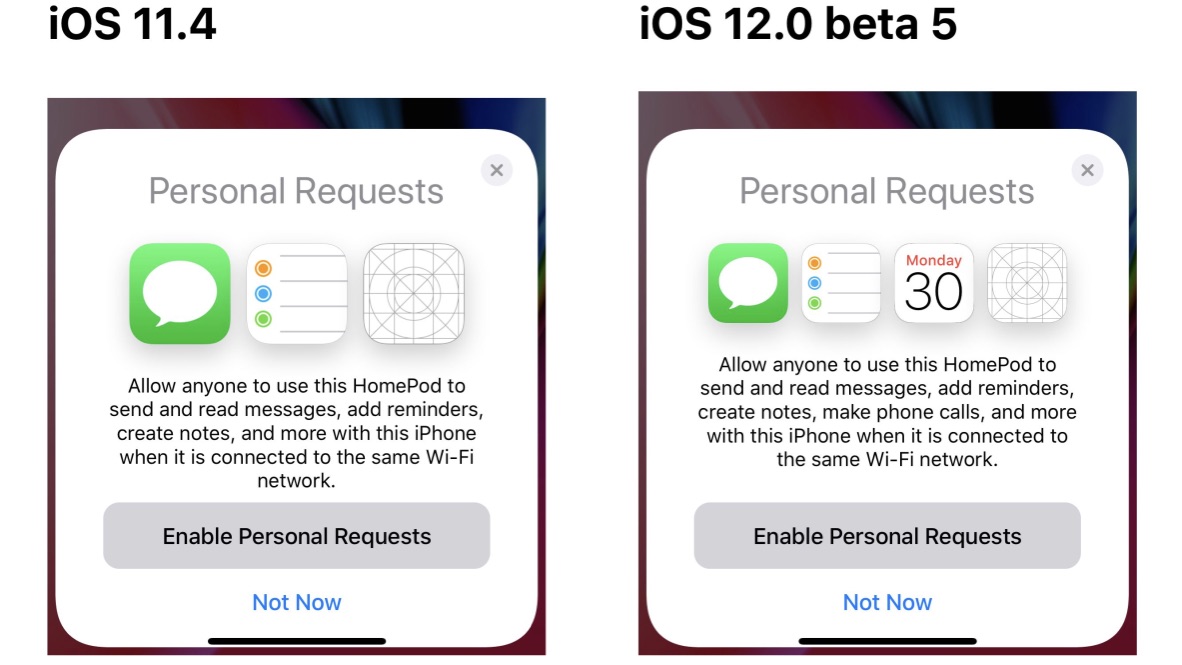 Currently, if you want to use HomePod to make a phone call you have to either dial or answer a call on your iPhone, then select your HomePod as the audio output device for the call, you can’t initiate or answer a call using HomePod.

Apple didn’t announce any new features for HomePod during its WWDC keynote this year, but the audio accessory is likely to gain some new features when iOS 12 is released to everyone in September.

We’ve seen rumors that a private beta is being tested by corporate and retail employees and that it includes features such as multiple timers and making phone calls.

Today, with the release of iOS 12 developer beta 5, we’ve been able to confirm at least one of those features. It’s not the first time we’ve been able to get a glimpse at future HomePod features through beta releases of iOS, as a previous release revealed that HomePod was about to get Calendar support.

The personal requests setup UI for HomePod now includes a fourth icon, for the Phone app (the icon is blank in the screenshot because that app is not available in the simulator, where we’ve been able to activate this new UI). On the same screen, it describes some of the personal requests you can make to HomePod: “…add reminders, create notes, make phone calls, and more”.

Since there’s no developer or public beta for HomePod, we can’t actually test the feature until the final release, but this is a very solid indication that this feature is definitely coming for HomePod with iOS 12.