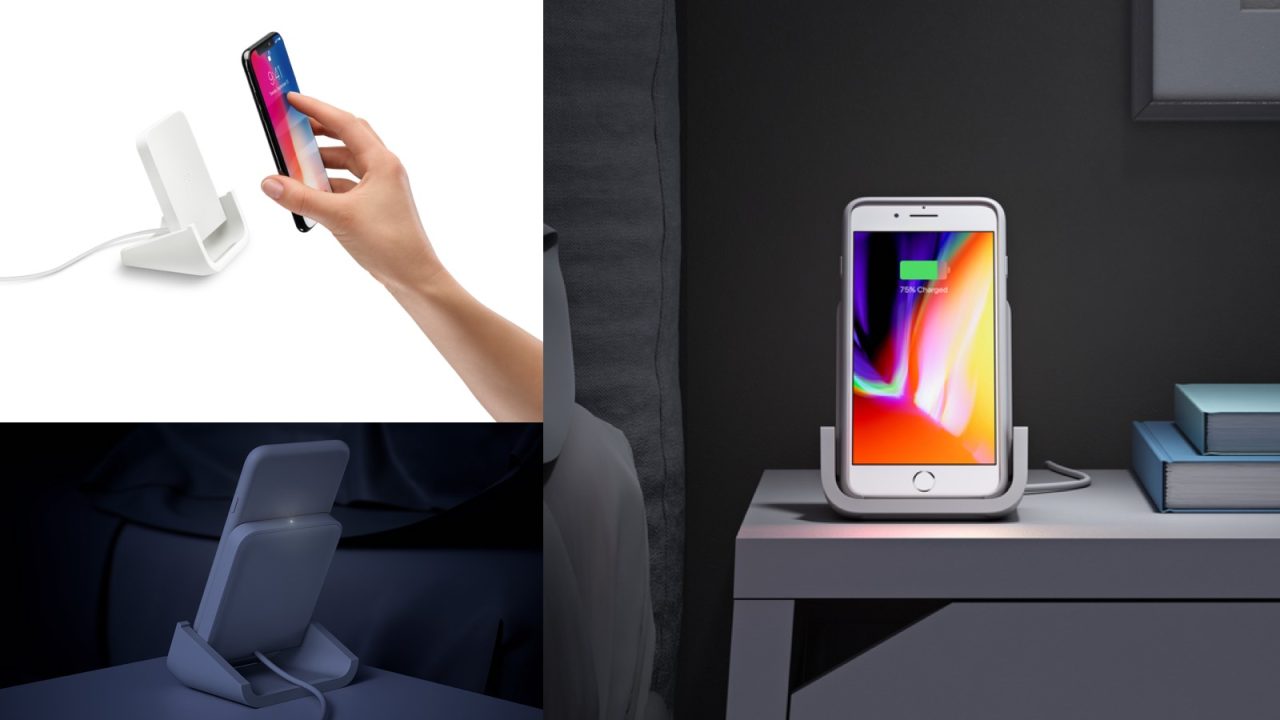 Logitech today has unveiled its latest accessory for iPhone users. Dubbed the Logitech Powered, the accessory was designed “in collaboration with Apple” and offers iPhone 8, iPhone 8 Plus, and iPhone X users a sleek way to wireless charge and cradle their device…

While there are a slew of wireless charging options available for iPhone users, what makes the Logitech Powered unique is how it cradles the iPhone. With borders up and down both sides, you simply have to slide your iPhone in and it will begin charging. There’s no need to find the perfect alignment like there is with flat wireless charges, while the edges ensure your iPhone stays solid.

The Powered is big enough to hold the iPhone 8 Plus, which means there is wiggle room for iPhone 8 and iPhone X users. It works in both portrait and landscape mode, as well. It supports 7.5W power charging, which means you can charge your iPhone 8 or iPhone X as fast as Apple allows.

While Logitech says the Powered was designed “in collaboration with Apple,” it doesn’t specify as to the extent of that relationship. Apple, of course, has its own AirPower charging mat coming at some point this year, but the Powered caters towards a different segment of the market and obviously doesn’t support charging AirPods and Apple Watch like AirPower will.

I’ve had the opportunity to spend a couple of days trying out the Logitech Powered and it’s certainly the nicest and most versatile iPhone X charging stand I’ve tried. The all-white design is sleek and fits in perfectly with Apple products.

The biggest downside I’ve found in my short time with Logitech Powered is that it users a proprietary charging cable, something that is an unfortunate trend with many of the higher-end wireless chargers. The power cable can’t be removed from the charger itself and connects to the wall using a standard power brick.

The Logitech Powered will be available via Logitech’s website this month for $69.99 and joins the company’s existing Apple accessories, such as the Logi Base for iPad Pro. Be sure to stay tuned for 9to5Mac’s full review of the Powered.