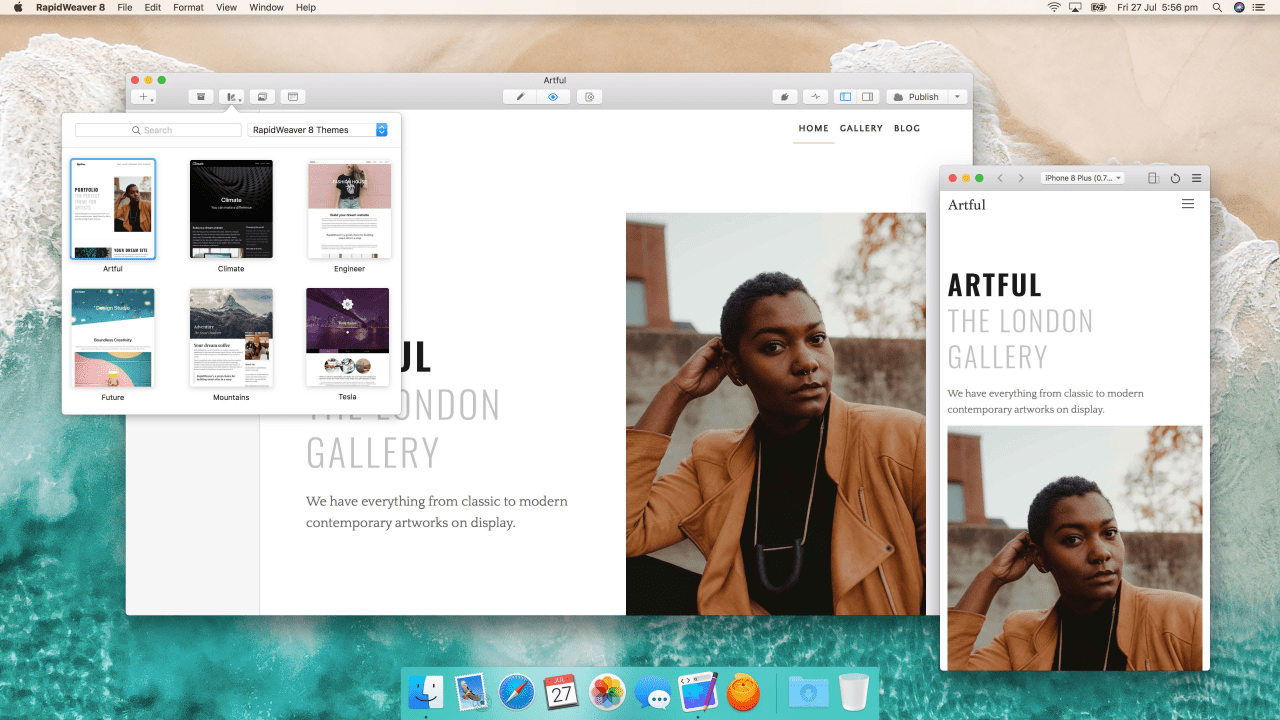 RapidWeaver, the well-known web design software for Mac, is getting a massive update rolling out August 14. Jumping from 7, RapidWeaver 8 brings a few notable changes to the table that’ll improve how web developers build their websites.

I think RapidWeaver 8 is going to be a must-have upgrade, the whole team has worked so hard to integrate as many requests from users and third-party developers as possible — It’s still the same RapidWeaver you know and love, but it’s been significantly improved and refined in almost every area. It really is a great release, and I can’t wait to be able to share it with you.

Announced on its blog, RapidWeaver 8 will be adding a responsive device simulator, Twitter card support, UI state restorations, and much more. The company will give more details regarding the new version come next week.

The new version will be available for $89 on the company’s website. RapidWeaver 7 or earlier users will get a small discount at $69. Users who purchase RapidWeaver 8 within the first two weeks of launch will get a $10 discount.

RapidWeaver 8 will be compatible with macOS El Capitan and above, including the currently in beta macOS Mojave.