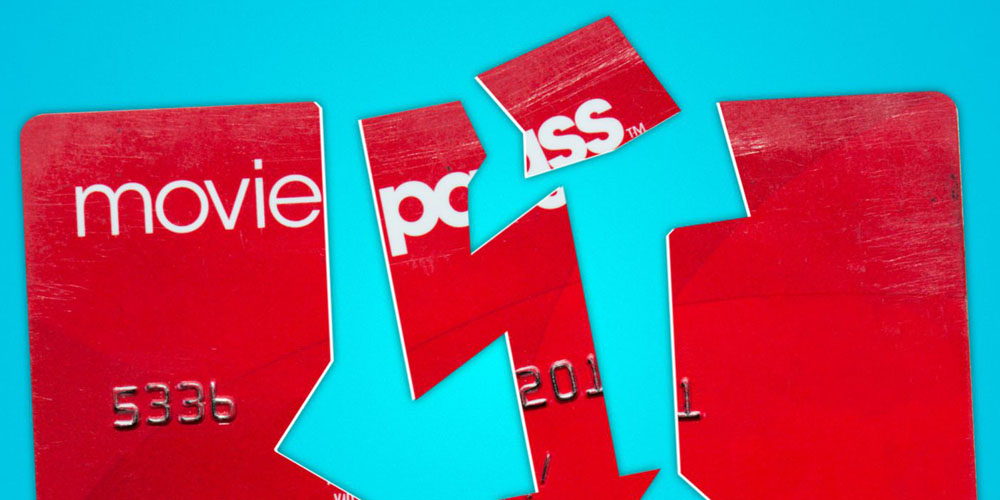 CNBC reported earlier in the month that MoviePass would be changing its business model yet again, this time reverting to a $9.95/month fee, but now limiting subscribers to a maximum of three movies per month. That report turned out to be correct, and the new plan kicks in today – but not without a problem or four …

The company yesterday posted its latest earnings report, with The Verge noting that its monthly losses more than tripled in Q2, from $21M/month to a terrifying $73M/month. An even bigger problem when you consider that the company showed only $51.4M left in the bank – explaining why it ran out of money last month.

MoviePass is, once again, aiming to sell more shares to raise cash.

Second, the company is again being accused of continuing to charge customers after they cancelled.

Customers are now reporting that they’ve been opted into this new subscription plan even after cancelling their accounts. (MoviePass claims the cancellation error is the result of a “bug,” an explanation it used before when the app crashed after customers tried to cancel their subscriptions back in July.)

Third, the company is facing at least one lawsuit. The Wrap reports that its parent company is being sued for allegedly defrauding shareholders.

The lawsuit, filed in New York against Helios & Matheson CEO Ted Farnsworth and CFO Stuart Benson, accuses them of defrauding shareholders by presenting misleading information about the company’s financial standing.

“Defendants carried out a plan, scheme and course of conduct which was intended to and did, deceive the investing public and cause the plaintiff and other members of the class to purchase Helios common stock at artificially inflated prices,” the suit, filed by shareholder Jeffrey Braxton’s lawyers, reads.

The Verge said that there is also talk of a class action suit by unhappy subscribers.

Finally, The Wrap reports that MoviePass is at risk of being removed from the Nasdaq.

The company also said that on June 21 it received a letter from the Nasdaq, warning that with shares trading below $1, the company is in danger of being de-listed, one of the first warning signs of bankruptcy for a public company. Helios & Matheson has until December 18 to boost its shares back above $1.

At this point, the company’s best bet might be to sell the movie rights to the decline and fall of MoviePass …