Comment: How the HomePod has found its place in my home, and what the future holds 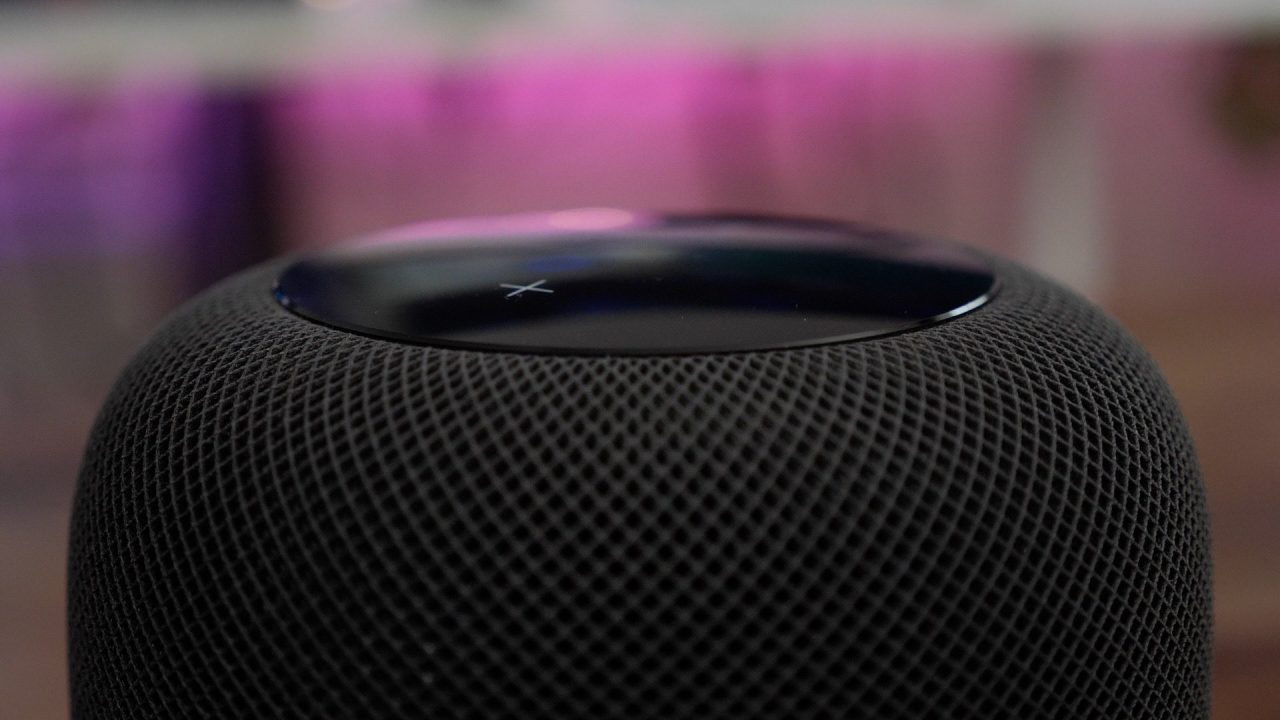 Apple officially released its HomePod smart speaker back in February, which means it has now spent over six months on the market and six months in the hands of consumers like myself.

The HomePod has been one of the most polarizing Apple product releases in recent memory, with many praising its sound quality and integration with the Apple ecosystem, but many also knocking it for its high price and feature parity to devices like the Amazon Echo.

I was an undeniable HomePod skeptic at first, but over the last six months, it has become a reliable and integral part of my smart home setup.

Usually when I buy a new Apple product, there’s an early period of time that’s like the honeymoon phase of a new relationship; the lust and aura of the newness outshines any flaws. With the HomePod, however, my experience was perhaps the exact opposite.

I distinctly remember the unboxing and setup process on day one with the HomePod. After setting it up, I was impressed immediately by its sound quality, but it was nearly impossible to ignore the gaping lack of AirPlay 2. Sure, one HomePod sounded great, but the 2-second lag with AirPlay and lack of stereo/multi-room support was impossible to overlook.

It was during this period where I questioned the HomePod and the worthiness of its price tag. I had two Sonos One speakers, set up in stereo mode, around my iMac – and that was a great experience in terms of sound. With Sonos’ promise of AirPlay 2 support – and its more diverse lineup of speakers – it was hard to deny its advantages over Apple. 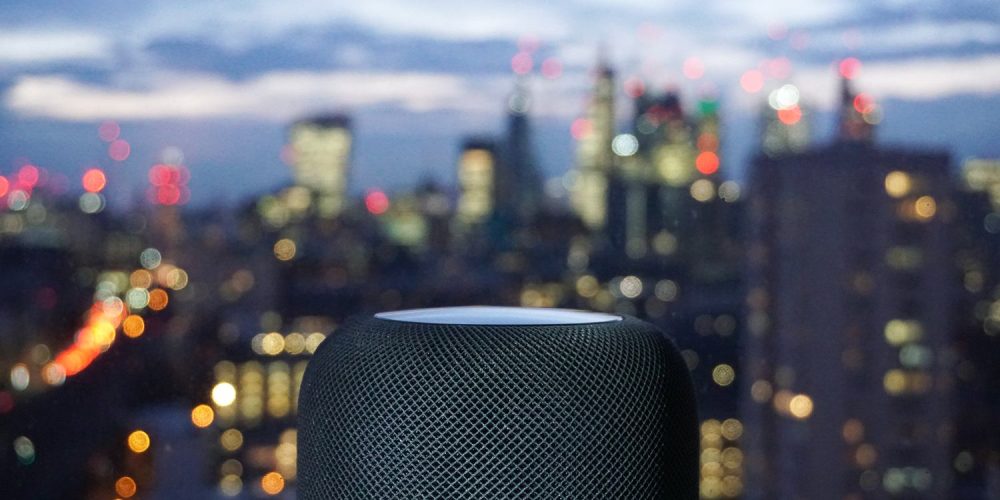 Of course, there were areas where the HomePod excelled in comparison to Sonos. Its integration with the rest of Apple’s ecosystem, HomeKit control, and design being a few of them. Still, I debated whether or not those positives outweighed the many negatives…

AirPlay 2 and expanding the family

Sure enough, AirPlay 2 would eventually come and I’d do almost a full 180 degree change in opinion.

Almost three months after the HomePod’s initial release, Apple pushed iOS 11.4 with AirPlay 2 support. At the time of AirPlay 2’s release, I had a single HomePod – meaning I couldn’t take advantage of features like multi-room and stereo. Sure enough, my colleague Zac Hall had several HomePods and was ready to test AirPlay on day one, and quickly convinced me to join the club.

So, I decided to sell my stereo Sonos One setup and add an additional HomePod – thus having a stereo HomePod setup around my iMac. You don’t necessarily think that stereo is going to make a huge difference in real-world use – but it really does. Going from a single HomePod (or even two HomePods setup in pseudo-stereo mode) to a true stereo HomePod experience is remarkable.

And that’s as it should be. At $350 a pop – $700 for a full stereo experience – the HomePod is expensive and up there in price with some of the most high-end audio brands. And I think it does just enough to warrant that price tag, at least from a sound quality perspective.

In time, Sonos has added AirPlay 2 support to its speakers, as well – and that’s a huge upgrade compared to having to use the Sonos app on iOS and macOS.

Perhaps more than any other Apple product, the HomePod is far, far from perfect. While things have gotten dramatically better over the last several months, there are still so many ways Apple can – and needs to – improve its smart speaker.

I mentioned earlier that Sonos offers a more diverse lineup of smart speakers than Apple does, but the question is whether or not Apple cares. While some sketchy reports have suggested that Apple has a “cheaper” HomePod planned, there’s no solid evidence to suggest such a thing.

I also wonder if a “cheaper” HomePod is necessarily the answer. I’d be more interested in seeing different form factors – such as a soundbar or a larger Play:5-like design. While some form factors would inherently be cheaper than the current HomePod, I’d rather see Apple focus on excellent sound quality in different form factors (soundbar?) rather than getting the price as low as possible.

Another possibility that might ease the blow in terms of price is to offer discounted pricing for stereo HomePod pairs. As I mentioned earlier, you currently have to shell out some $700 to buy two HomePods. Apple could make this slightly more bearable by discounting the two-pack price to something like $600 or even $650. We’ve seen companies like Sonos do this, and it only makes sense for Apple to do the same. 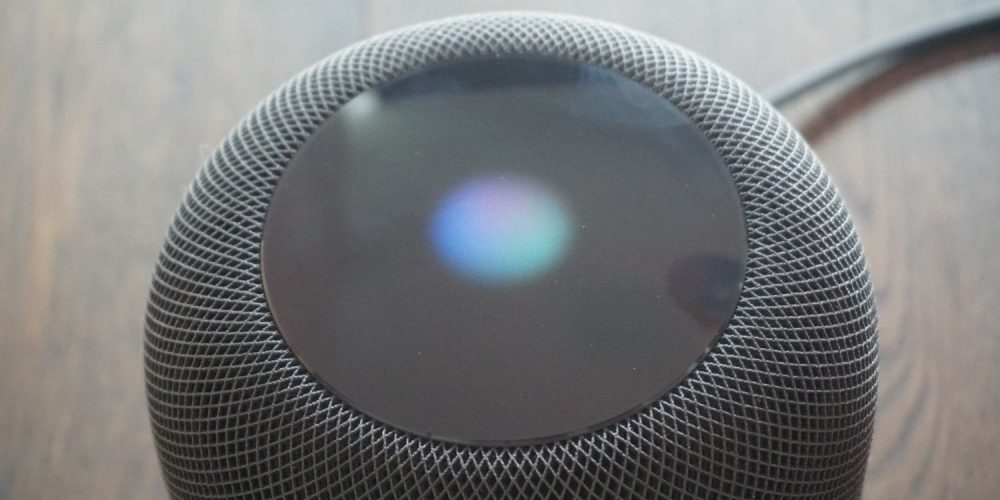 One more thing to consider is how the first few months of HomePod availability affected the public perception of the device. In lacking features like multi-room, stereo, and other AirPlay 2 improvements, there’s an argument to be made that Apple may have significantly hindered HomePod sales as competitors like Sonos offered many of those features.

It comes back to the overarching theme of taking time to launch a “perfect” product, or launching a half-baked product and improving it over time with software updates. I won’t get into that here, but I think Apple would have been far better off waiting until AirPlay 2 was ready to release HomePod in the first place.

In its current form, the HomePod is a great speaker and a great tool for controlling a smart home. Notice I didn’t say it was a great “smart speaker.” As it stands right now, you can get more intelligent – and more affordable –  smart speakers from companies like Amazon. The HomePod, of course, integrates with the Apple ecosystem in an unprecedented way, and offers superior sound quality to nearly any smart speaker out there, but it lacks in intelligence when compared to the Alexa devices.

As time progresses, Apple will undoubtedly continue to expand the HomePod’s feature set. We’ve already heard that iOS 12 will bring new features such as multiple timers, phone call support, and more. Beyond new software features, the future of the HomePod is unclear. Is there room in the market for differing form factors? Absolutely. But does Apple care about catering to those differing needs? Only time will tell.

What do you think about HomePod six months after its initial release? Has it found a place in your home or have you turned to other smart speaker offerings? Let us know down in the comments!