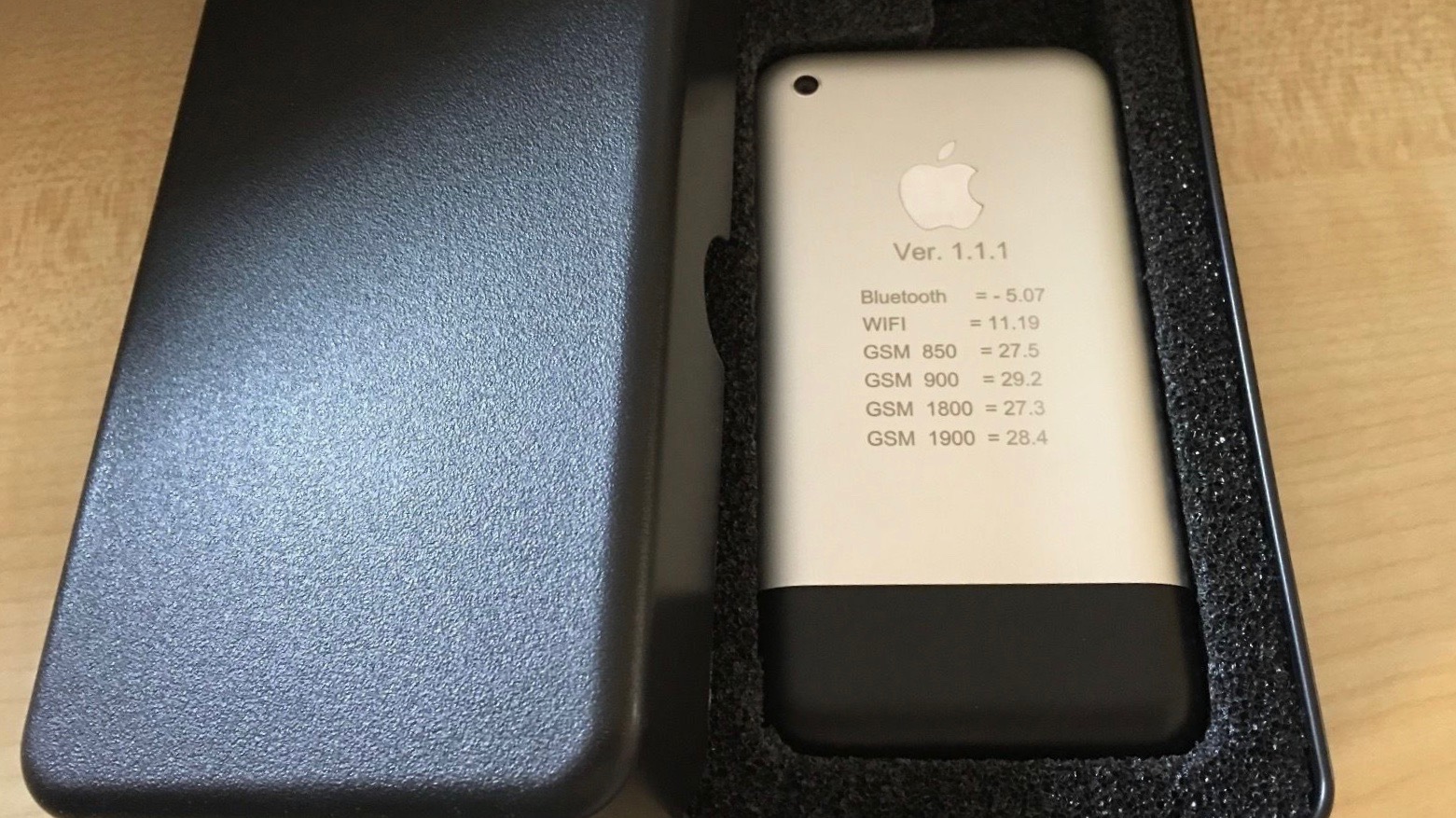 Apple prototypes going up for auction has become common over recent years, but something we don’t see as often are prototype iPhones. Today, a prototype first-generation iPhone has hit the auction block through eBay – and it’s already above $1,000…

The seller of this prototype iPhone is a small account out of Portland, Oregon. They don’t make the origin of this device clear, but various markings and the operating system match other prototype first-generation iPhone units that we have seen.

The seller claims that this iPhone is from 2006 and was “hand-made in Cupertino, California.” Because of this, it weighs in at 144.5 grams, which is much more than the first-generation iPhone’s normal 135 grams.

On the back of the iPhone itself is a rundown of radio signal bands, as well as a version indicator, which seemingly suggests that this is version 1.1.1 of the iPhone. The device is running “multiple testing software” versions, the seller says, including OS X.

Here are the top differences between this prototype iPhone and a normal first-generation iPhone, according to the seller:

Currently, the iPhone is sitting at $1,009.99 on eBay, but the auction’s reserve has yet to be met. The seller claims they originally listed this iPhone back in 2015, but for some reason the sale did not go through. That time around, the device fetched a whopping $61,100.

Apple has successfully had several iPhone prototypes removed from eBay in the past, so it’s unclear if this one will survive. If you want a chance to get in on some iPhone history, though, you can try your luck with this prototype.