Apple announces next iPhone event for September 12: ‘Gather round’ 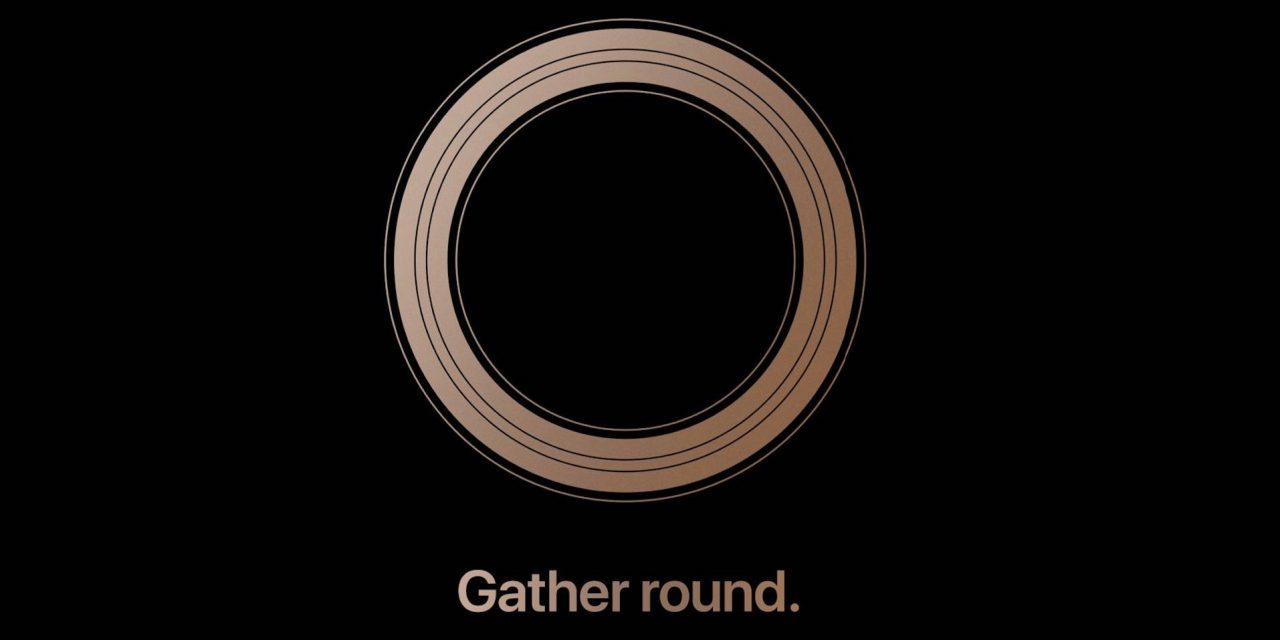 It’s official: Apple will hold its next big event on September 12 at Steve Jobs Theater in Cupertino. Apple issued media invites with the tagline ‘Gather round’ as a teaser today. While three new flagship iPhones and a redesigned Apple Watch are expected to be the star of the show, there are a lot of other products in the pipeline that could make an appearance at the big event.

Notice the gold in the announcement art? This year the iPhone X is expected to come in gold — don’t hold your breath for a round Apple Watch (or iPhone!) though.

The big rumor for the Apple Watch Series 4 (if that’s what Apple calls it) is a new design focused on increasing the screen size — possibly without increasing the overall casing. The new watch may also have solid state buttons and improved heart rate detection.

If we see new iPads unveiled at the event, we expect to see two iPad Pro upgrades with Face ID and no Home button. (Personally, I don’t expect a notch either given the size of the slim bezels on the iPad anyway.) The new models should include an 11-inch version, up from 10.5-inches, and a 12.9-inch version.

In terms of Mac updates, there is a lot in the pipeline that could possibly warrant its own event, maybe even alongside iPads, but here’s what we expect this year:

Apple’s new modular Mac Pro that will replace the 2013 model is also in the pipeline, but Apple has said it will be a 2019 release.

In addition to new iPhones and Apple Watches, it’s highly likely we’ll finally hear more about AirPower, Apple’s wireless charging mat that was previewed last September. We should also learn more about the AirPods charging case that works with AirPower, and maybe even see a new version of AirPods that features built-in “Hey Siri” recognition.

We should also learn when Apple plans to release iOS 12, watchOS 5, and tvOS 12. macOS Mojave is also still in beta, but Mac software updates are sometimes scheduled later. Other surprises may be in store, so stay tuned to 9to5Mac for full details going into the event!