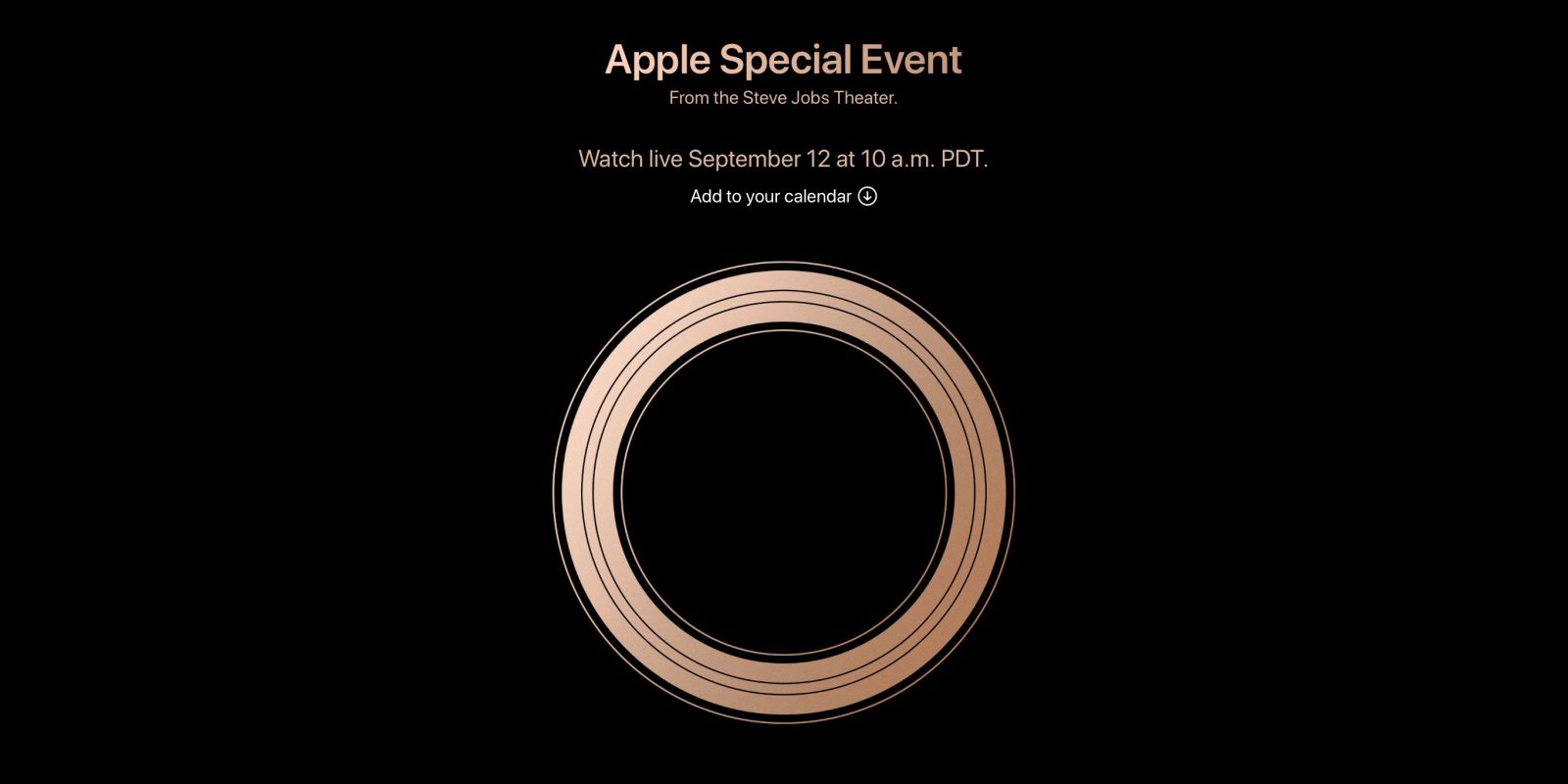 Apple has just announced the 2018 fall event ‘Gather round’ where the company will announce its new flagship iPhone lineup, the Series 4 Apple Watch, redesigned iPad Pro hardware, and maybe some new Macs. Apple has confirmed on its website that it will indeed livestream the event, from 10 AM PT on September 12, live from the Steve Jobs Theater

Apple will stream the event on its website like all of its flagship events in recent years. You can click here to add the event to your calendar.

Apple did not stream the March education event this year, but this is definitely the exception to the rule as of late. Especially with Apple Park now in full swing, Apple has a year-long stage and live-streaming setup ready to go whenever it wants to host a media event.

There are lot of products that could be unveiled on September 12. Three new iPhones is basically a certainty at this point, with a larger 6.5-inch ‘iPhone X Plus’, an iteration on the current 5.8-inch iPhone X, and a cheaper 6.1-inch LCD model.

Many also believe that Apple will finally announce the release date for AirPower at this event. A bevy of new Macs are also expected to be launching this fall, but it’s not clear whether Apple will include them in the September 12 event or opt to introduce those products at a later date.