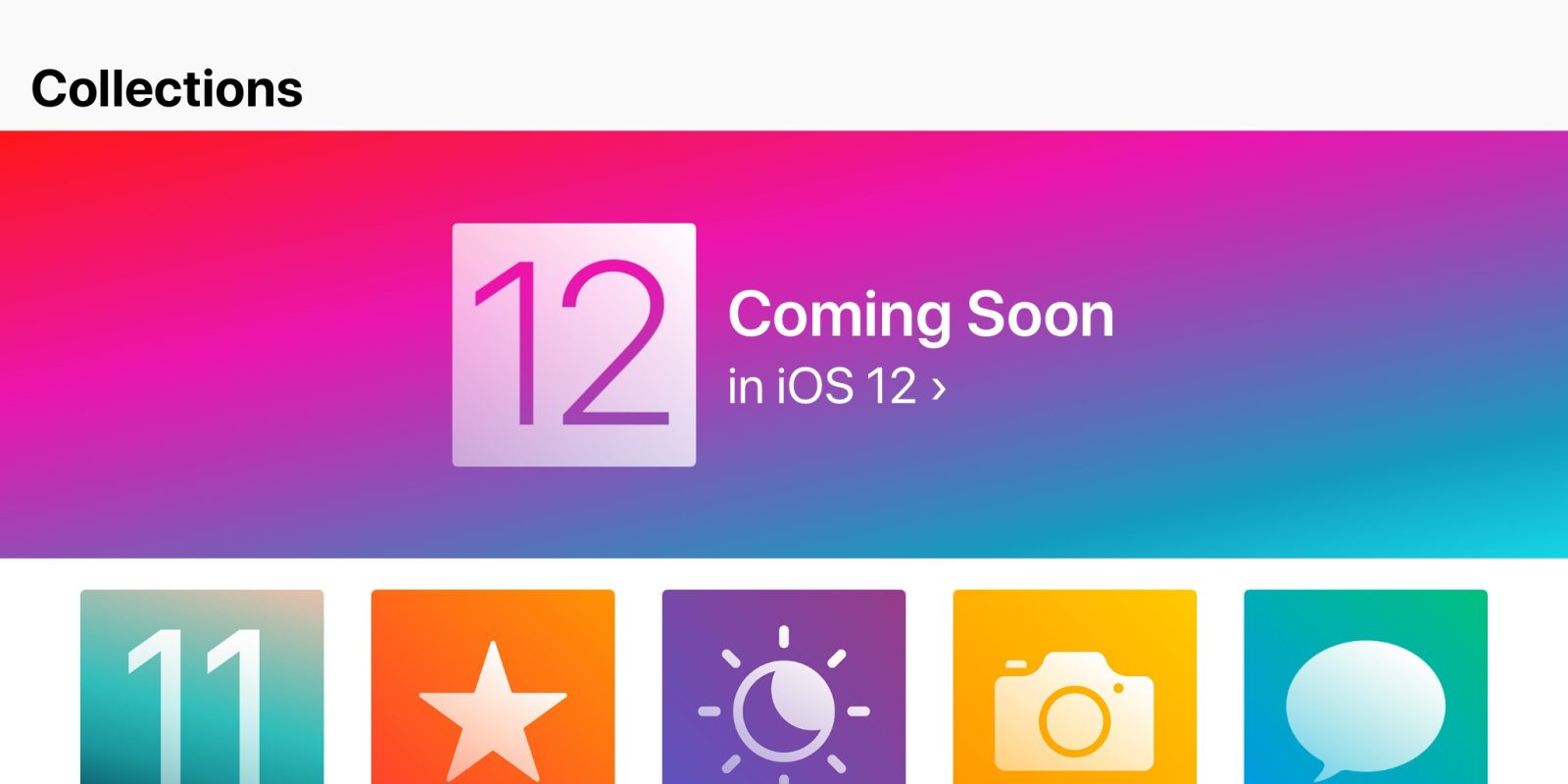 We expect iOS 12 will be released to all users about a week after the September 12 event, as the operating system will come preinstalled on the new iPhones that are almost certainly launching on the 21st.

Today, Apple has started advertising to iOS 11 devices ahead of the release, with the Tips app sending alerts that highlight some of the changes.

The exact tips displayed vary depending on region and device type.

Apple is obviously trying to spread that word that iOS 12 will be faster and more performant, with performance being the first sneak peek for both iPhone and iPad users. These alerts help to spread the message to the general public, as most iOS users are not avid Apple fanatics that follow the news cycle or watch the events.

Throughout the beta period, testers have indeed noticed significant improvements to speed particularly on older devices. Apple wants to shake the idea that it intentionally slows down older models.

Other highlighted features include grouped notifications and Memoji, the latter of which is only displayed for iPhone X users.

iOS 12 will be released later in September as a free update. The update is compatible with any device that could run iOS 11, dating all the way back to iPhone 5s.