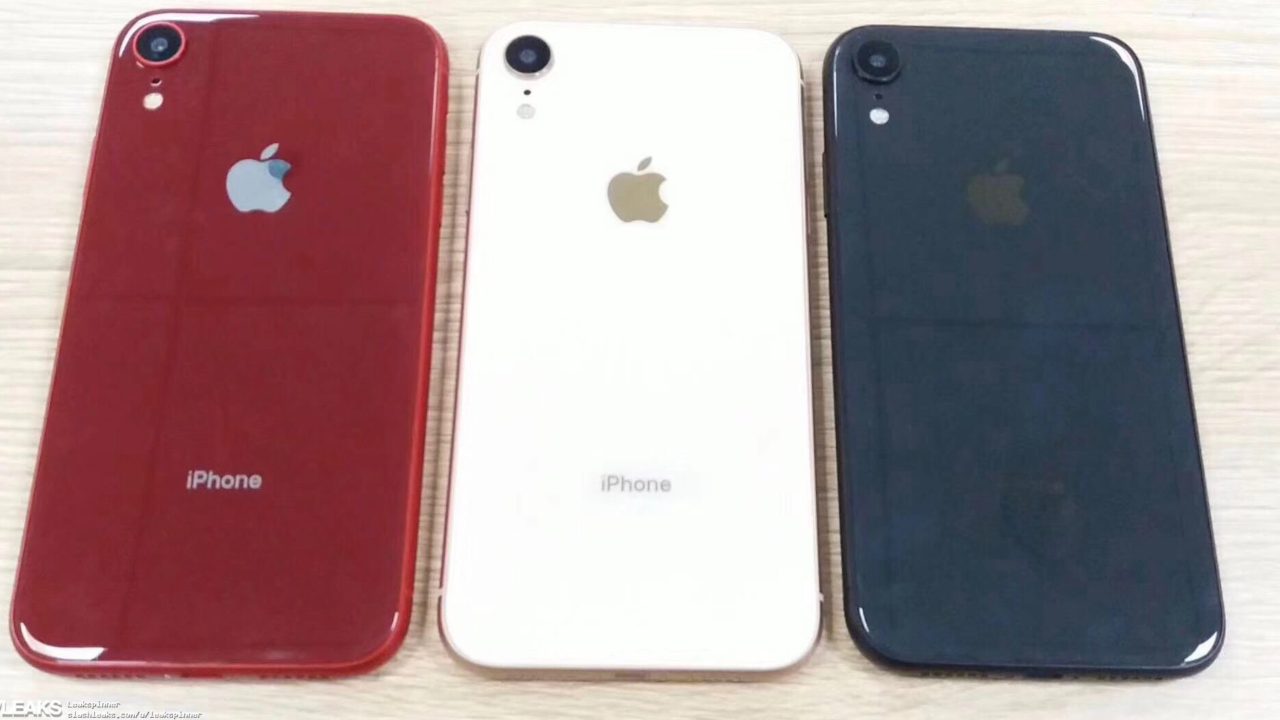 Ahead of Apple’s September 12th ‘Gather round’ event, purported images of the 6.1-inch LCD iPhone have leaked. The images, which claim to show “prototype” devices, features the ‘iPhone Xc’ in a handful of colors, including the much-coveted red…

Shared on Twitter by Ben Geskin, these images show the 6.1-inch LCD iPhone in four colors: white, space gray, rose gold, and red. The devices feature the same back glass design as the current iPhones.

Previous reports have suggested that the 6.1-inch LCD iPhone will be available in a handful of color options, but these images only show four of them. For the past two years Apple has introduced red as a color option mid-year option through its PRODUCT(RED) partnership, but these images suggests the red option will be available on day-one this year.

In addition to the colors, these images offer a look at how the lower-priced LCD iPhone will use aluminum edges, as opposed to the stainless steel used by the iPhone X. We can also see the single lens camera setup on the back, which is another cost-saving measure for Apple.

Lastly, one of the images shows the device with a dual-SIM card slot. Past reports have suggested this could be the year Apple adopts dual-SIM support on the iPhone, and this image seemingly corroborates that. It is likely, however, that the dual-SIM model of the iPhone will be limited to certain markets – as Bloomberg suggested last month.

These images should be taken with a grain of salt and treated with skepticism. Geskin first shared them earlier this week, saying they were dummy units – which we have seen several times thus far this iPhone cycle. This morning, however, Geskin reshared the images and said they are actually the “real deal” and show the ‘iPhone Xc’ in prototype form.

Either way, we’re just a few days away from Apple’s official announcement of the 2018 iPhones. Read our full roundup of everything to expect at the event right here.