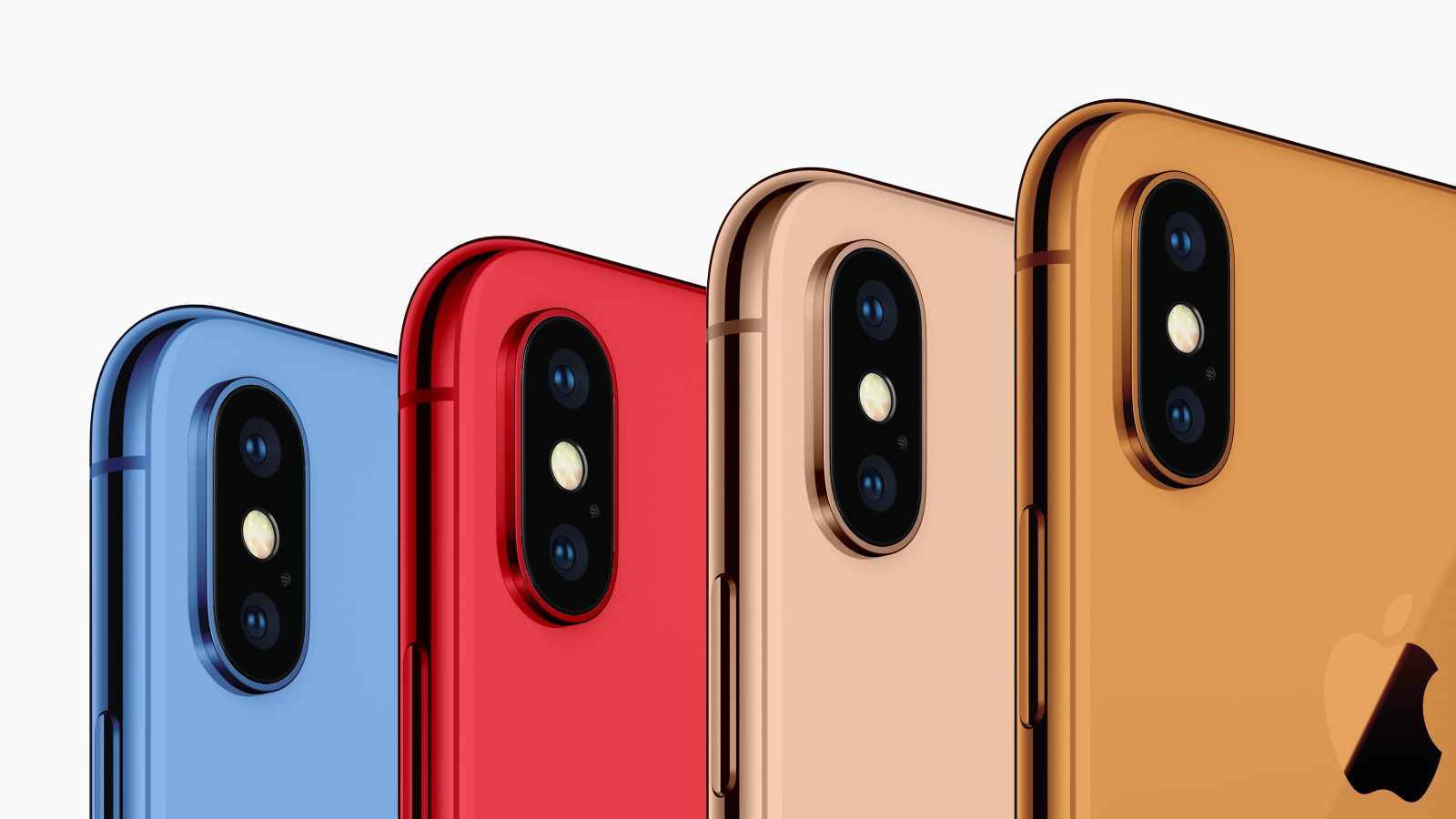 Ming-Chi Kuo released a report today that ups his estimates for the new 2018 iPhone sales, as well as detailing a few changes to expect. Kuo says that the 6.5-inch OLED iPhone model should be priced around $1000 like the current iPhone X, and will feature dual SIM capabilities. The 6.1-inch LCD iPhone X style device should retail for around $700.

Perhaps, most excitingly, Kuo says the new iPhones will come in a plethora of colors. The 6.5-inch phone will be offered in black, white and a (new!) gold. The entry-level 6.1-inch LCD iPhone will apparently debut in “grey, white, blue, red and orange”.

That’s a potential five new colors for the LCD model. It is very possible that when Kuo says ‘grey’ and ‘white’ he is referring to the Space Grey and Silver finishes as seen on the current iPhone X. We’ve mocked up the new finishes above by tinting an iPhone X, but note the 6.1-inch LCD iPhone is not expected to have a dual-camera system.

However, that still means Apple is looking to introduce four new options. It seems like the higher end models will add gold to the lineup, something that was previously in development for the iPhone X with prototypes leaked by the FCC: 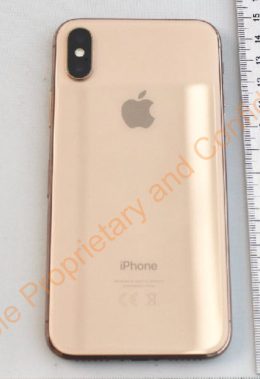 The ~$700 6.1-inch LCD 2018 iPhone (which will mostly resemble an iPhone X’s design from the front) will have a larger lineup including blue, red and orange. This harkens back to the iPhone 5c era when Apple rolled out a cheaper iPhone sibling in colorful chassis. We have heard some mumblings prior to today’s report about Apple expanding the color options for the cheaper phone, but this is the first time someone reputable has reported specifics.

It’s not clear if the ‘red’ color means PRODUCT(RED), like the special edition iPhone 8 Apple launched in the spring. Apple has not launched a new iPhone model with a (RED) offering before, the (RED) versions have always followed a few months later.

To recap, we are expecting three new iPhones to launch in the fall; a spec-bump upgrade to the 5.8-inch iPhone X, a new 6.5-inch OLED ‘iPhone X Plus’, and a slim-bezel 6.1-inch LCD iPhone with Face ID. The LCD iPhone will hit ~$700 price points by skimping on some premium features (no stainless steel frame, no dual-camera, maybe no 3D Touch) but retain the main design elements of the iPhone X line. The 6.5-inch iPhone X will seemingly take the $999 price point, which means we should expect the 5.8-inch iPhone X to become $100 cheaper in a couple of months.

With competitive pricing and the new attractive colors, Kuo is raising his predictions for iPhone sales. He expects the LCD iPhone to account for 55% of sales when the new iPhones launch, and take even more share through 2019. Kuo therefore expects there to be a burst of demand for the more premium 5.8-inch and 6.5-inch OLED iPhones at launch, fuelled by early adopters, whilst the general market is drawn towards the cheaper $700 6.1-inch LCD model.

He believes Apple will see significant growth in year-over-year iPhone shipments, with up to 70 million new iPhone models sold in the fourth quarter of 2018. Kuo made a name for himself at KGI Securities with a good track record of Apple reporting, but left the firm in April. This is now his third report in his new position at TF International Securities.

Are you excited for any of the new rumored color options? Let us know in the comments.