Bloomberg: New OLED iPhones to feature speed and camera improvements, Apple may not use ‘Plus’ label for 6.5-inch model 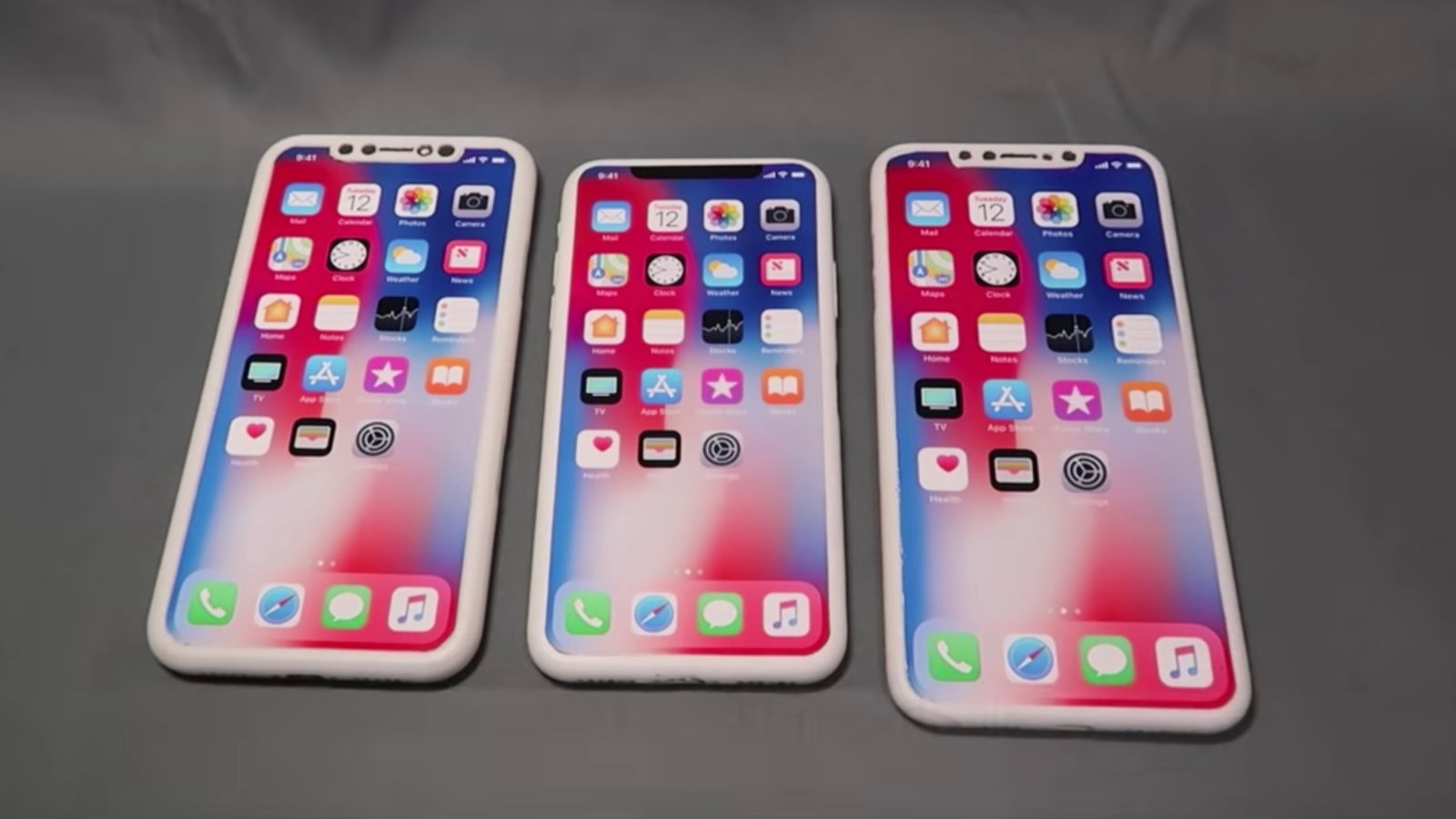 Bloomberg is out with a new report this morning that doubles down on many of the 2018 iPhone rumors we’ve been hearing for a while, along with a few new tidbits on Apple’s product line.

Echoing previous reports, the design of the three new models will mirror the iPhone X, in 5.8-inch, and new 6.1-inch and 6.5-inch screen sizes. Aside from design and screen size, Bloomberg says Apple will focus on speed improvements and upgrades to camera quality.

The 5.8-inch OLED model is the closest to a true S year model there is, with a design that will look practically identical to the 2017 flagship phone. Speed improvements likely means the inclusion of an Apple A12 processor. More detailed information on upgrades to the camera were not given in the story.

The 6.1-inch model will look similar, although use cheaper components like an LCD display and aluminium sides to bring down costs, and focus on making the iPhone X experience accessible to more people by bringing prices down.

Backing up a report from Ming-Chi Kuo earlier this year, Bloomberg says that the 6.1-inch model will be offered in multiple new color options. Bloomberg says that the aluminium edges won’t necessarily be color-matched to the glass back, which makes the model easier to produce — another cost savings. The 6.1-inch iPhone is expected to use the same camera module as the current iPhone 8, and will not get a dual-camera system.

The 6.5-inch OLED iPhone is expected to cost at least as much as the iPhone X did last year, and will be the new premier edition. It again takes the iPhone X design aesthetic with thinner bezels and no home button, but in an iPhone 8 Plus sized case. Just like the current Plus models, the new 6.5-inch ‘iPhone X Plus’ will be able to show additional content in landscape, Bloomberg reports.

While planning the new devices, Apple has altered the names multiple times. It has at least considered branding the new premium phones the “iPhone Xs,” indicating that they’re an upgrade to last year’s iPhone X, the person said. The company has also weighed eschewing the “Plus” label for the larger model, which it has used since the iPhone 6 Plus launched with a larger screen in 2014. The final names could be different, the person noted.

The publication says some Apple employees referred to this year’s lineup as an ‘S year’ of changes, and that Apple has pondered using ‘iPhone Xs’ as the final marketing name for the phones. The company has also considered dropping ‘Plus’ from the name of the larger model. Final marketing names remain unclear however.

Regarding the dual-SIM rumors, Bloomberg says that the two larger phones will be offered with dual-SIM card slots in ‘some regions’.

The new Apple Watch Series 4 will largely look the same according to Bloomberg, with the exception of a new display that goes nearly edge to edge. 9to5Mac mocked up what the new watch should look like earlier in the year. However, the overall chassis of the watch will not change much, which will mean existing bands remain compatible with the new 2018 models. Finally, the Bloomberg article reiterated Apple’s plans to announce two new iPad Pro models with slimmer bezels and Face ID.