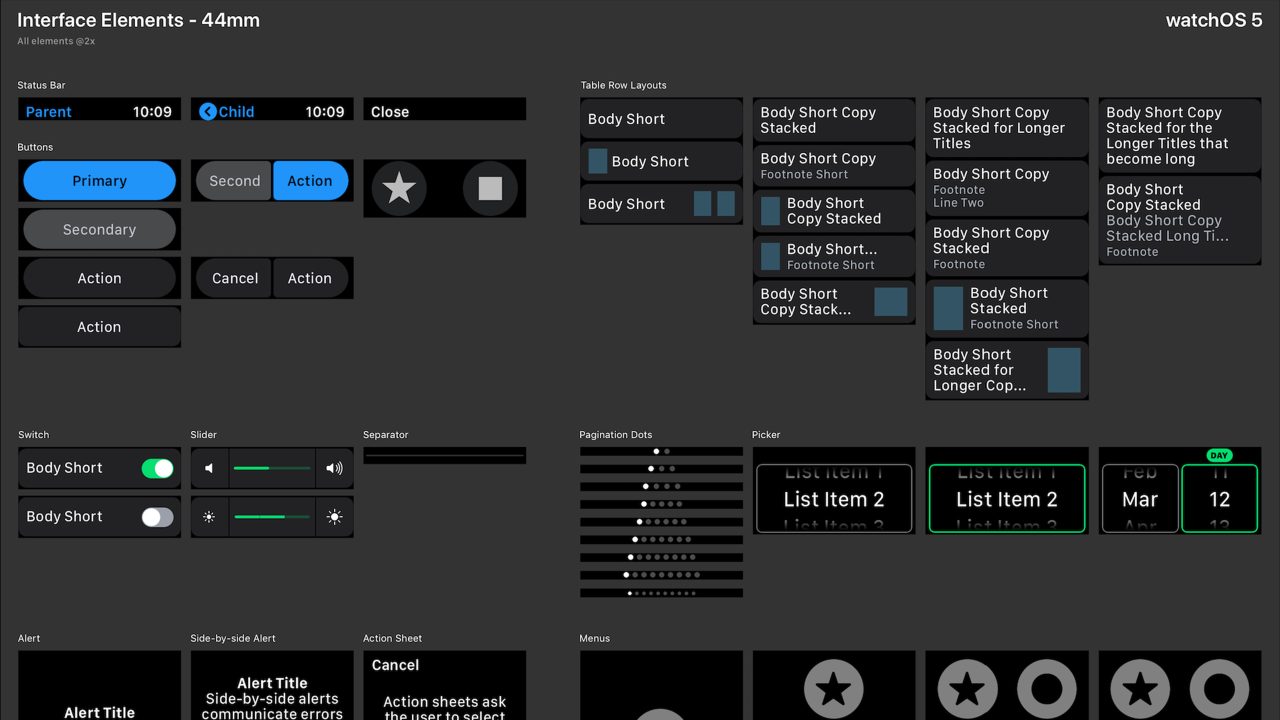 Following this morning’s introduction of the Apple Watch Series 4, Apple has updated its Design Resources page with new assets for developers and designers. The revised templates reflect changes made to optimize watchOS for new, larger displays. Additionally, Apple has published new Tech Talks on its Developer Videos page that offer best practices when building applications for the Apple Watch Series 4 and new iPhones.

The Apple Watch Series 4 offers a display over 30% larger than its predecessor, representing the most significant change to not only the Watch’s hardware, but to the content layout possibilities for watchOS itself. Apple’s updated Design Resources include templates for 38, 40, 42, and 44mm models. Naturally, more screen area means that apps and watch faces can show more content and truncate less text. Templates are available for both Photoshop and Sketch users.

To complement the new assets, Apple has provided several new videos discussing aspects of Apple Watch Series 4 UI design. Specifically, Apple has highlighted developing complications for the new Infograph and Infograph Modular faces. While several other faces announced today are making their way to older Apple Watches, both Infograph layouts are exclusive to the Series 4.

The iPhone Xs Max and iPhone XR add two new display resolutions to iOS. Apple has provided an additional design video to help developers make sure their apps scale correctly on the new devices. Separately, Apple is reminding developers to prepare for changes coming in iOS 12. iPhone and iPad design resources were updated in June following the WWDC 2018 keynote.

To follow along with everything Apple announced today, visit our event news hub.