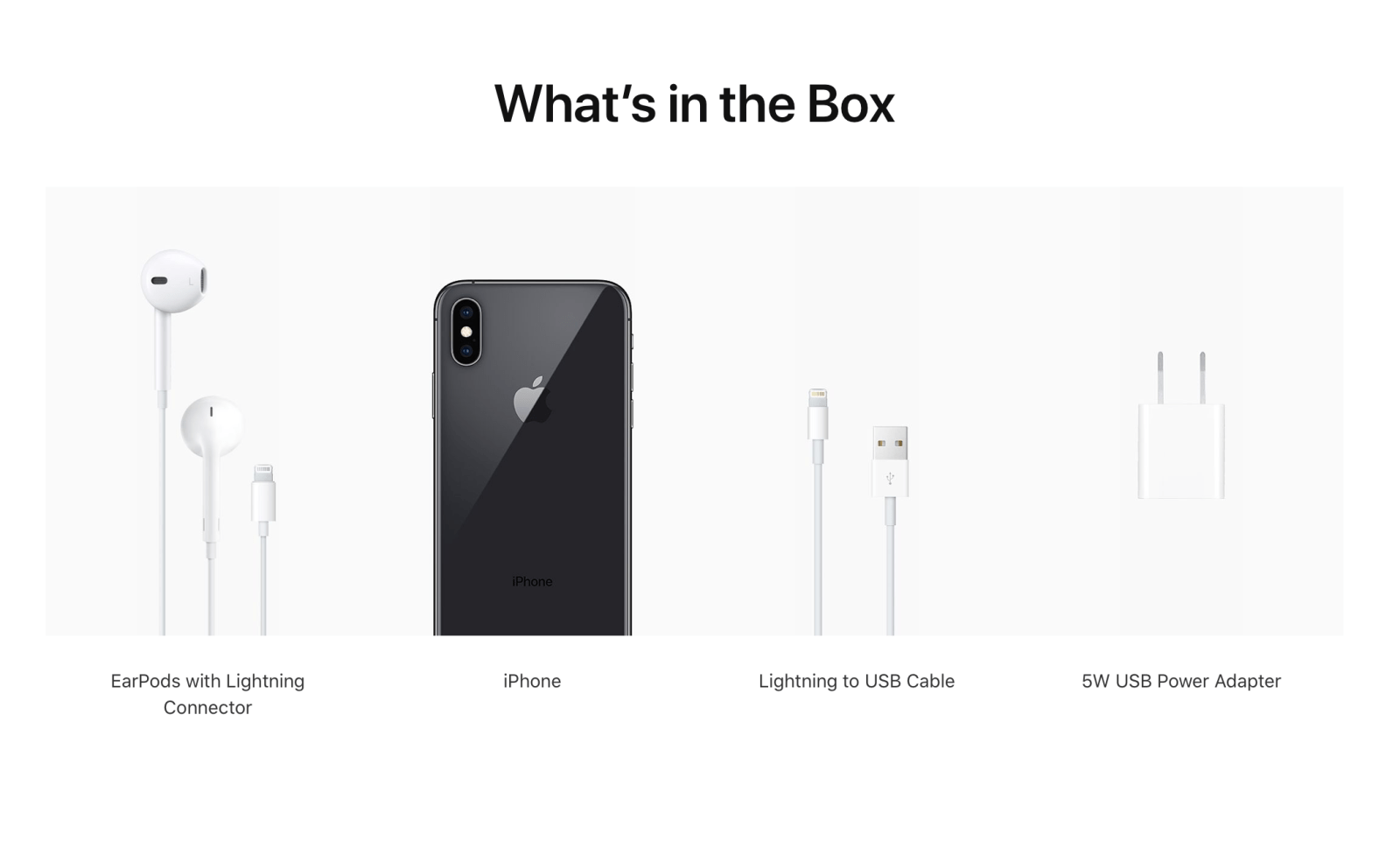 Update: Apple is also no longer including the headphone adapter with iPhone 7 and iPhone 8 purchases.

With the launch of the iPhone XS and iPhone XR, Apple will no longer include the Lightning to 3.5mm headphone adapter in the iPhone box. Further, Apple is continuing to include a 5W power adapter and Lightning to USB-A, as opposed to USB-C, and made no mention fo AirPower.

Dropping the Lightning to 3.5mm headphone adapter is something that was rumored earlier this year. Apple first started including the adapter with the iPhone 7 and continued to include it with the iPhone 8 and iPhone X. This year, however, users will be forced to make the switch to Bluetooth, or buy a 3.5mm adapter separately for $9.

Last but certainly not least, today’s event went by without a single mention of Apple’s AirPower charging mat. AirPower was originally introduced alongside the iPhone X last year, with Apple teasing that it would be available in 2018.

At this point, it’s unclear when Apple will offer more details on AirPower. The company is expected to have another special event next month for new iPads and Macs, so it’s possible we could hear more then – though it would be a bit odd considering AirPower is meant for the iPhone and Apple Watch.

Read more about the iPhone XS and iPhone XS Max in our full coverage right here. Read our live blog of Apple’s September 2018 event and our news hub here.