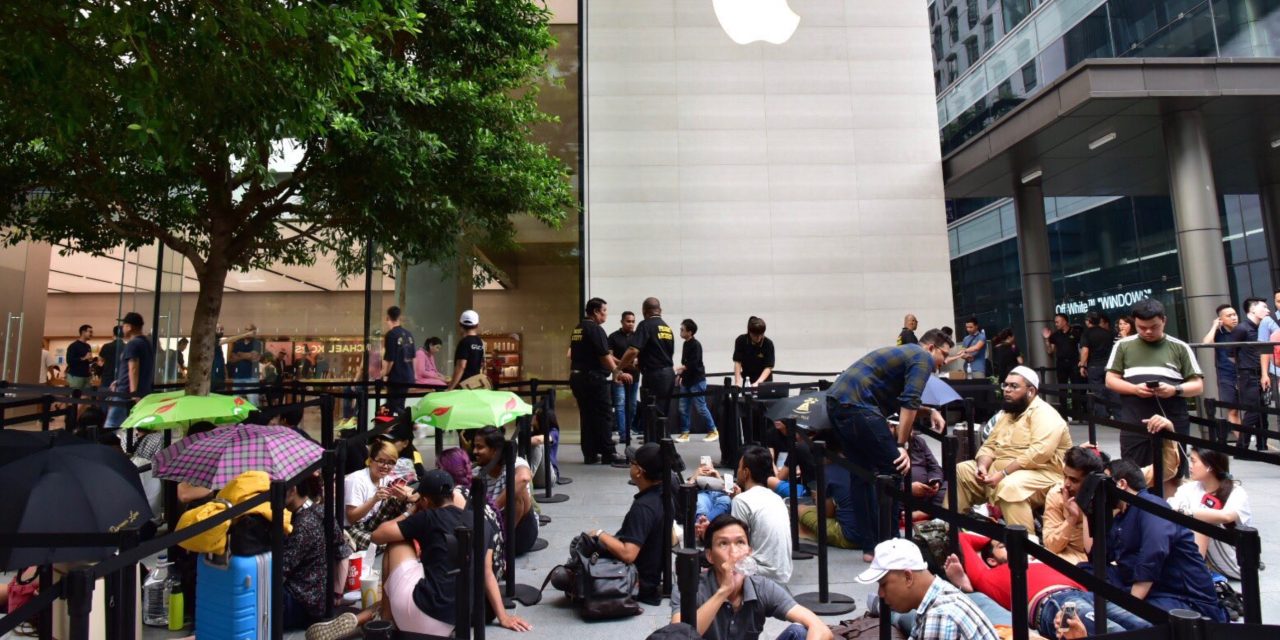 Ahead of the official release of the iPhone XS, iPhone XS Max, and Apple Watch Series 4 tomorrow, customers have started lining up at Apple stores around the world. Images shared on Instagram and Twitter show queues forming in Australia, Singapore, and other countries.

Given that this year is an ‘S’ year upgrade for the iPhones, Apple stores aren’t expected to be quite as crazy as they might have ben last year. Nevertheless, these images do show people camping out for the latest iPhone XS and Apple Watch Series 4.

For instance, Matthew Mohan has been sharing images from the Apple store at Orchard Road in Singapore throughout the day. Customers can be seen huddled in the rain as they await the Apple Store to open, which will happen in roughly 7 hours.

Images also show lines forming in Berlin, Australia, and more. As time progresses, we should also expect to see customers begin waiting at Apple Stores in the United States, Canada, the U.K., and other countries.

The iPhone XS and Apple Watch Series 4 went up for pre-order last Friday, and just this morning Apple began officially informing customers that their devices had been shipped. Those who missed out on launch day delivery times, however, can still try their luck at an Apple store.

Are you planning to head to an Apple store to buy an iPhone XS, iPhone XS Max, or Apple Watch Series 4? Let us know down in the comments.

There’s a lot of noise here at the #Apple store as the wait for the #iPhoneXS continues…but it isn’t coming from those in line. 😂 pic.twitter.com/47faACaT98

5pm here at Orchard Road and there’s been a smattering of rain. Hasn’t dampened the mood yet for those queuing for the new #Apple #iPhonexs though. Most still in good spirits and excited for the launch tomorrow morning pic.twitter.com/myiiKehPT3

The line at the Apple Store for the new #iPhoneXs is just insane. pic.twitter.com/nAhNHSqLVk

We’re third in line at the Sydney Apple store. Only hours away from getting our hands on the new iPhones. #iphonelaunch 🎉 pic.twitter.com/MOcRobzR7I