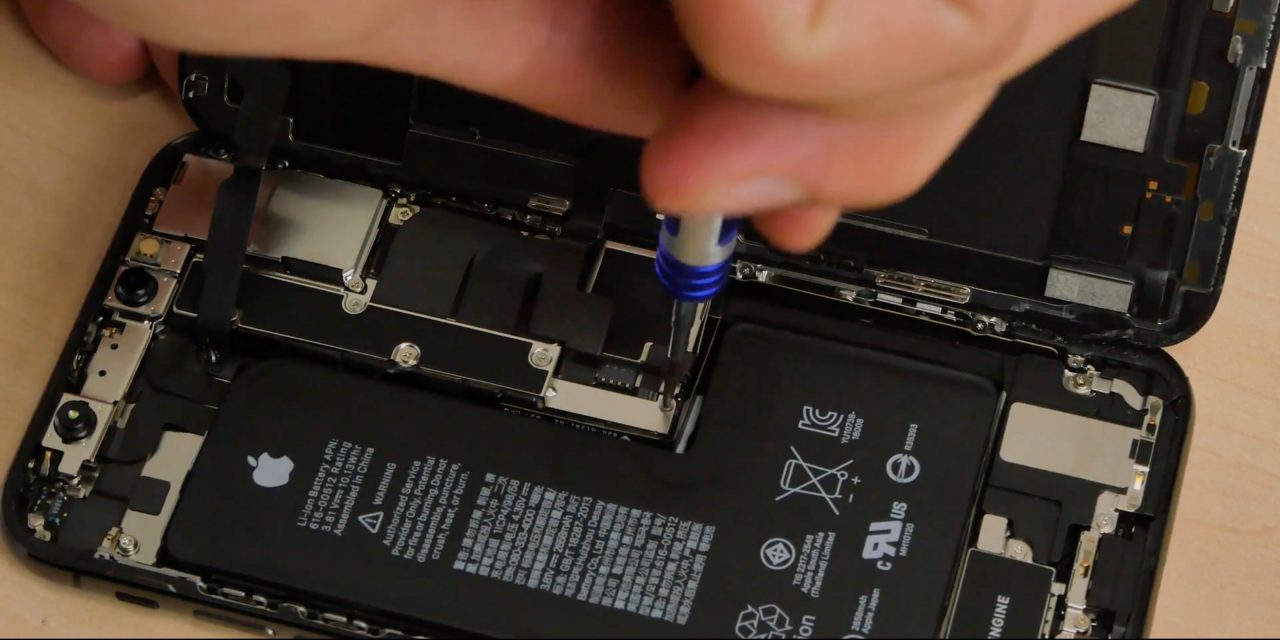 Update: A previous version of this article described the L-shaped battery as ‘single-cell’. This is incorrect. The story has been corrected.

With iPhone XS and Apple Watch Series 4 officially launching on Friday, expect a wave of teardowns, drop tests, speed tests and such over the next few days. The first complete teardown we’ve seen is by FixjeiPhone.

They managed to get their hands on a 5.8-inch iPhone XS ahead of time, which lets us see how the internal design has advanced since the iPhone X.

Unfortunately, the video is narrated in Dutch but you can follow along with English captions.

The technician disassembling the device noted that separating the display from the chassis is harder now that Apple has added more dust and waterproofing seals. Apple iPhone XS touts IP68 water resistance, which means it is rated to survive 30 minutes submerged in 2 meters of fresh water.

The main difference we can see is a new battery component. With iPhone X, Apple started using L-shaped batteries. However, the iPhone X was really two separate battery cells in a L-shaped layout — there was a clear crease in the component where the batteries were joined up. With iPhone XS, Apple is now using a two-cell L-shaped battery design, with everything contained in a single package. It now looks like a single part. 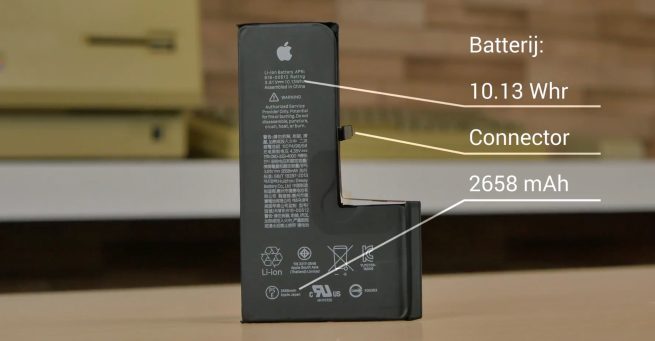 In terms of battery capacity, iPhone XS battery is 2658 mAH. This is actually slightly lower than the iPhone X’s 2716 mAH battery. Nevertheless, Apple says the iPhone XS battery life in use is better than its predecessor, lasting up to 30 minutes longer with typical usage. This is presumably because the new A12 chip is more power-efficient thanks to its 7 nanometer process.