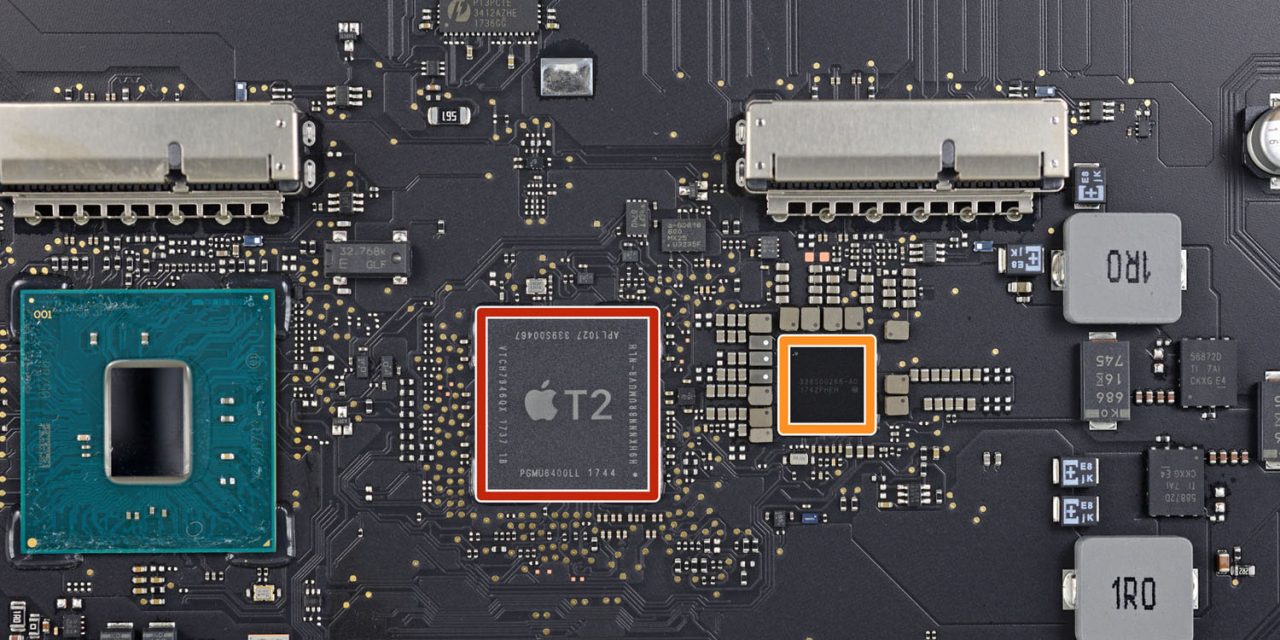 Apple has recently documented a new data recovery process internally for Macs that utilize its T2 chip introduced with the iMac Pro and the 2018 MacBook Pro. The new process for repair staff is being introduced due to the T2 chip’s advanced security features including hardware encryption for SSD storage that isn’t compatible with Apple’s previous data recovery methods used on older machines.

Apple notes that the process for data transfer for Macs with the T2 chip will be used when its repair staff are presented with a customer’s machine in need of a logic board repair and when the logic board is “partially functional.” The process also requires that the system can be powered on.

While Apple’s tool takes about 10-20 minutes to partition the external hard drive, Apple notes that data transfer of course depends on the amount of data and could take up to two days.

When Apple introduced the 2018 MacBook Pro, some users noticed following a teardown of the machine that Apple had removed a special SSD connector used on the previous generation MacBook Pro for data recovery by staff on the device’s non-removable SSD. That change was actually made because Apple introduced the T2 chip on the machine— it needed a new data recovery process and so the connector wasn’t needed.

While the new T2 chip provides a number of security features including on the fly encryption (making the SSD unreadable if removed from the machine), it also powers many other new features of the new MacBook Pro and iMac Pro. The new security features have notably provided protection against potential real-world security issues for Mac users with a report last week noting that “almost all” Mac and Windows laptops and desktops were at risk from data theft with one exception being Macs using the new T2 chip.