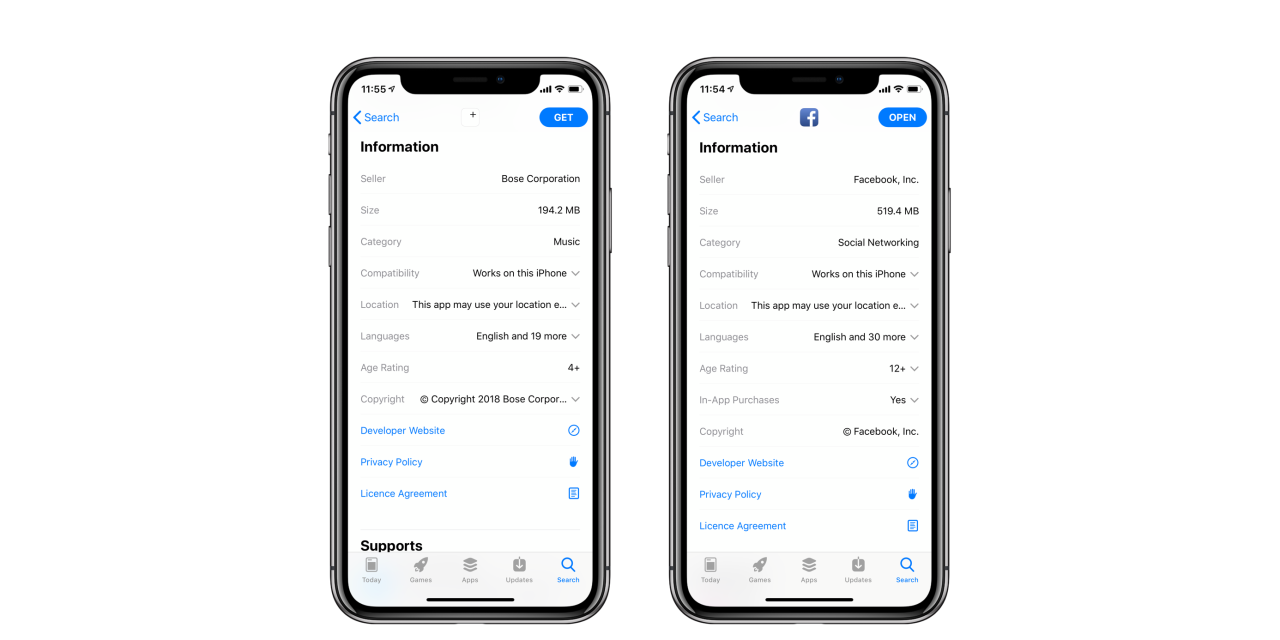 App size has been a controversial topic for a while now, since we’ve been noticing a trend of apps getting larger and larger as time goes by. Larger apps are bad not only because they take a lot of space on your device once installed, but they also consume a lot of bandwidth for downloads and updates, and there is a limit of 150MB which can be downloaded over cellular.

Soon after iOS 12 was released, some users have been noticing very large app sizes in the App Store. If you look at the Facebook app as an example, you’ll see that the App Store reports the size of the app to be 519MB. If you actually install the app and look at the storage settings, you’ll notice that it takes up 316MB on your device. This size will vary from device to device, but that’s more than 200MB less than what’s reported in the App Store.

The App Store uses a process called app thinning to only download to your device the code and resources that are required for the app to run on it. When developers submit their apps to Apple, different packages are created for each supported device, those packages are usually quite a bit smaller than the universal package, which is the one containing all code and resources for all supported devices.

We have been able to confirm that the App Store is reporting the universal package size for some apps, instead of showing the size of the package for the device you’re currently using. That’s what’s causing Facebook (and some other apps) to display a size that’s larger than what’s actually downloaded to your device.

This bug has been reported to Apple, we’ll update the post with any new information we get.