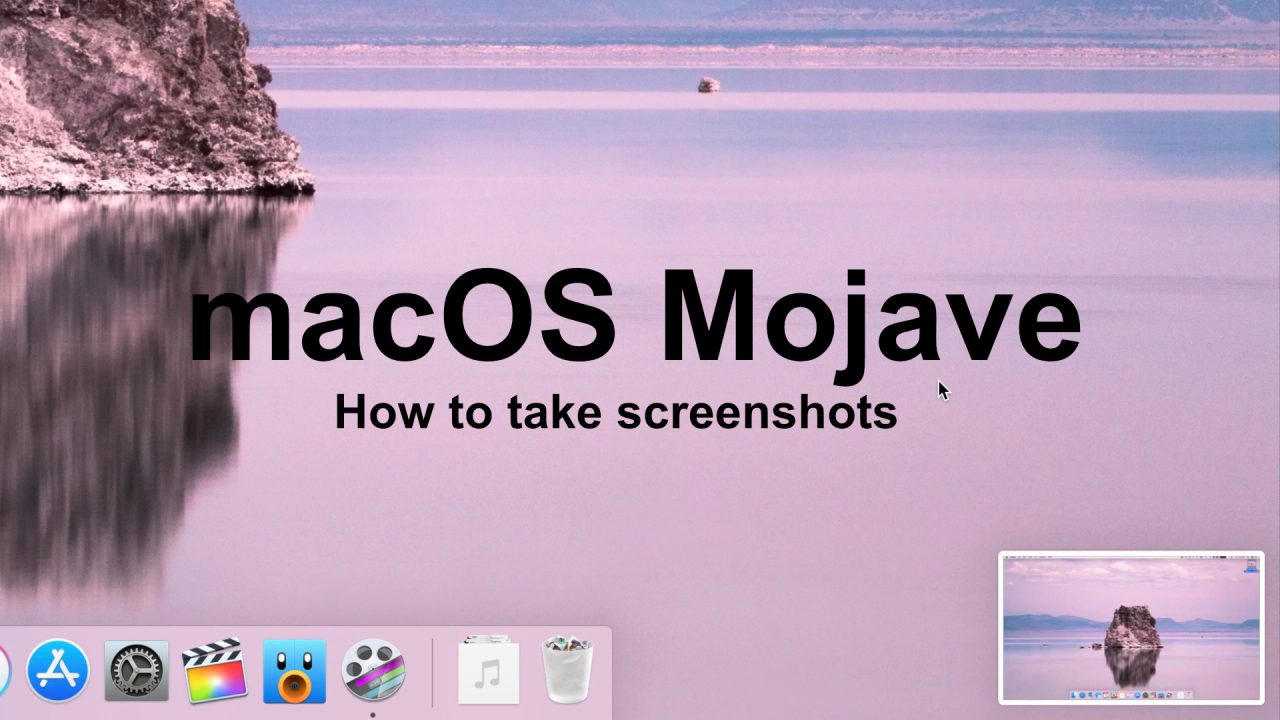 After a screenshot is taken, you’ll notice that it doesn’t instantly appear on your Desktop as it did with previous versions of macOS. Instead, macOS Mojave has adopted an iOS-like system that places a floating thumbnail of the screenshot in the bottom right-hand corner of the screen, allowing users to interact with the screenshot before it is saved to the default location. By adopting this method, users can quickly markup, drag and drop, and share screenshots.

The Screenshot utility is a brand new tool found in macOS Mojave that allows users to take screenshots using a graphical interface.

How to open the macOS Mojave Screenshot utility

There are two basic ways to open the Screenshot utility on your Mac: 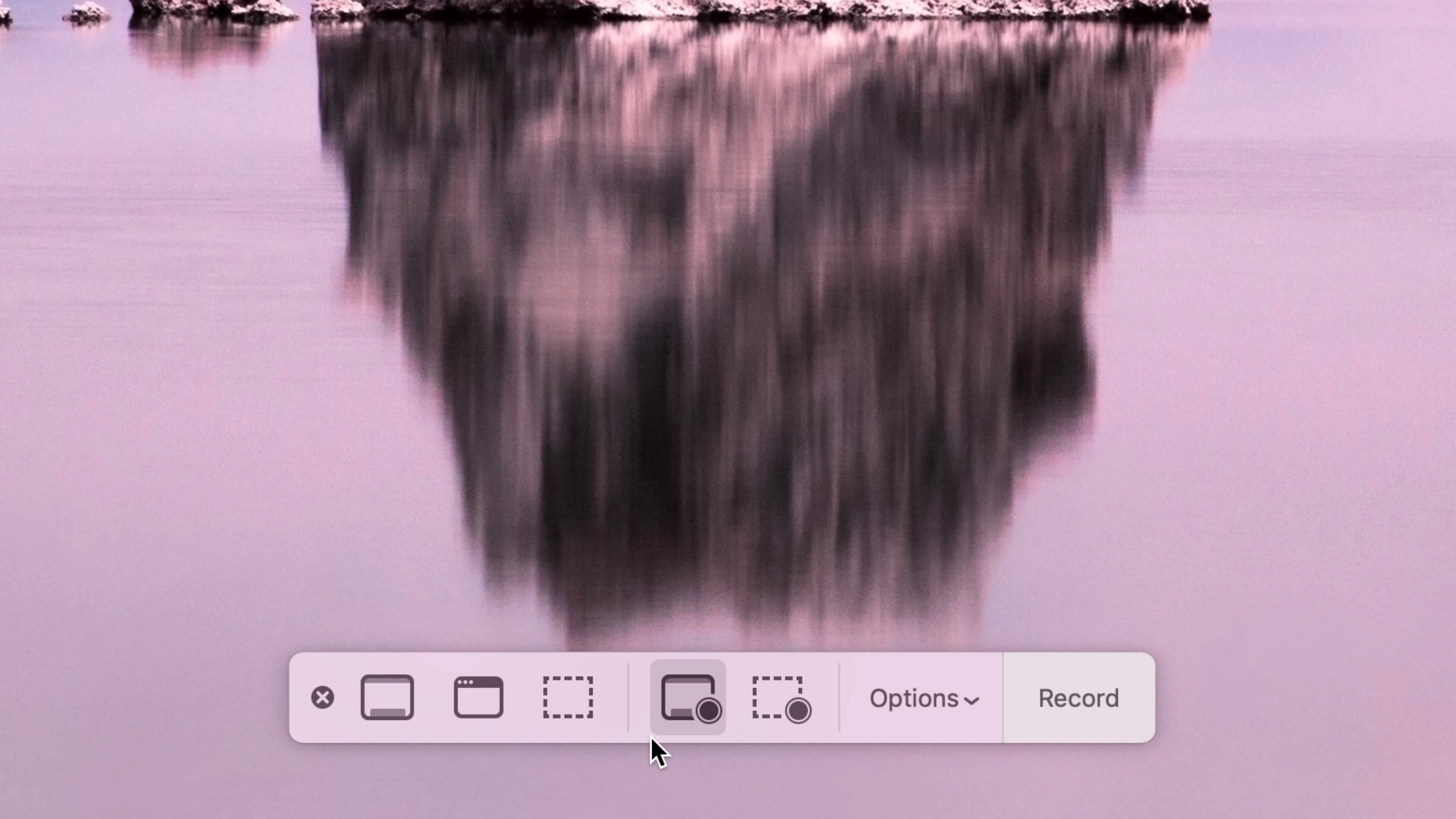 Either method will open the Screenshot utility overlay, which resides near the bottom of the screen.

The Screenshot utility features handy buttons that allow you to invoke the following types of screenshots via a mouse click:

The tool also lets users record the screen just like you can do with QuickTime. Recording options are as follows:

In addition to the screen capture and recording functionality, there are built-in options to alter the default save location, and to enable a countdown timer for taking perfectly timed screenshots. There are also options to disable the floating thumbnail preview in the bottom right-hand corner of the display, and to remember the last selection when using the Screenshot utility again. 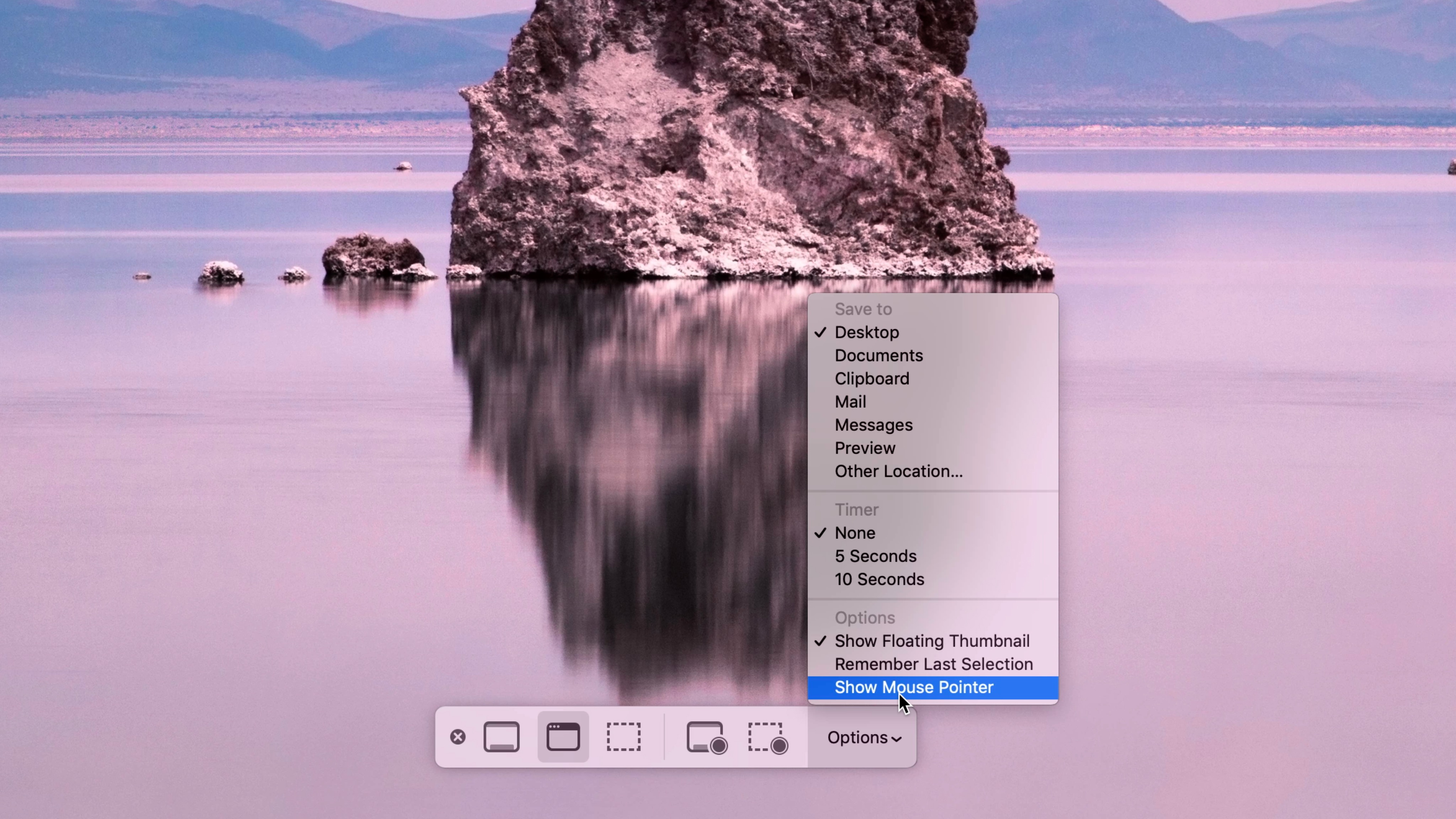 For capturing screenshots, there are options to hide or show the mouse cursor. Likewise, there is an option to show mouse clicks when performing a screen recording.

Users are allowed to reposition the Screenshot utility interface by simply dragging it to the desired location. You can snap it back to its default location by dragging it back near the bottom area of the screen.

Keep in mind that the macOS Mojave Screenshot utility UI will not show up in any screenshots or screen captures that you take.

Whenever you take a new screenshot or screen capture, you’ll notice a floating thumbnail in the bottom right-hand corner of the screen. After about five seconds, the thumbnail will automatically dismiss if you don’t interact with it. Y

ou can force-dismiss the floating thumbnail by dragging it to the right. This will cause the screenshot to immediately save to the default save location. 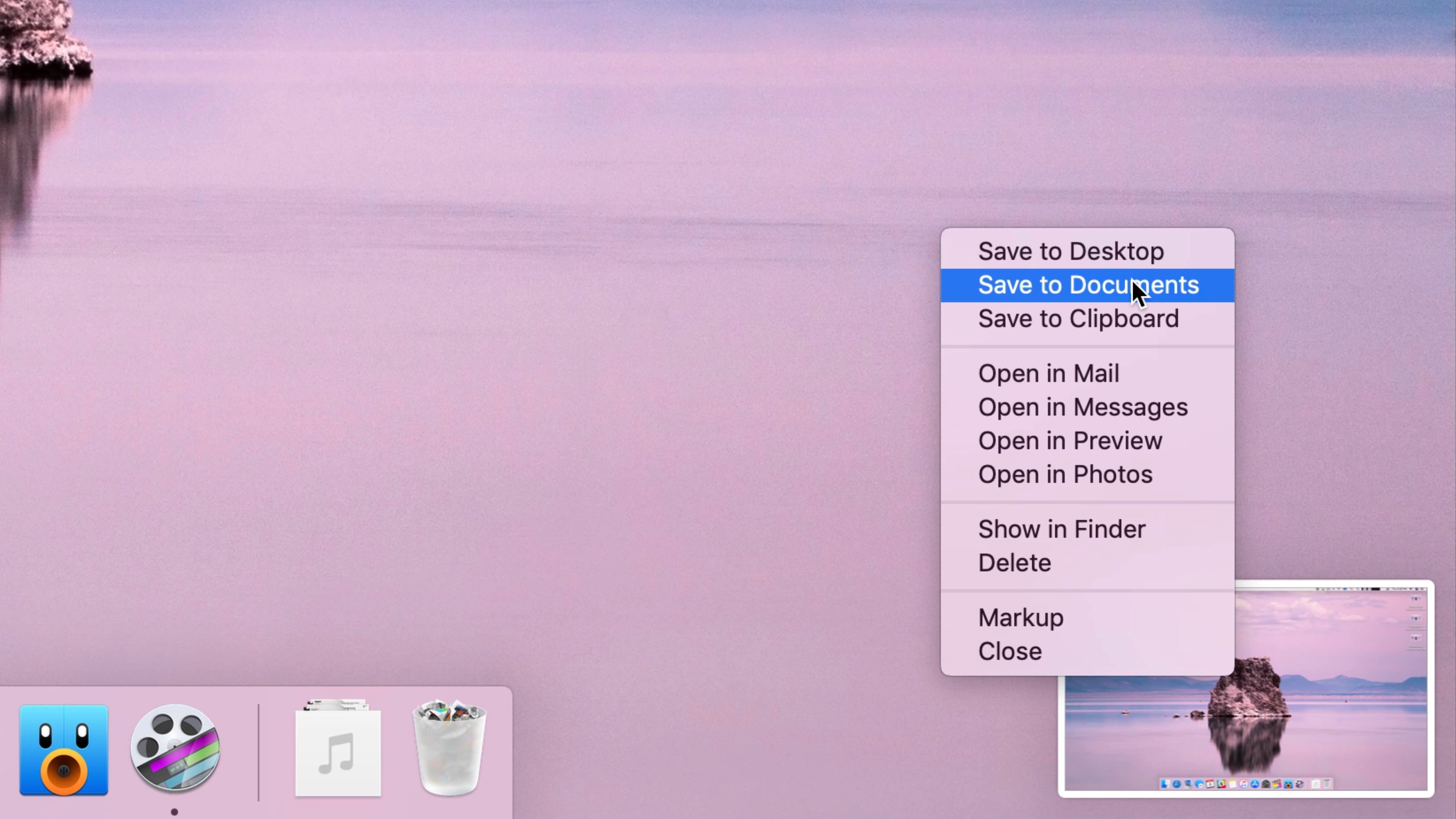 You can also drag and drop the thumbnail directly into eligible applications, such as the Mail app or Messages.

Right-clicking on the floating thumbnail will reveal a whole host of additional options, such as saving to a specific location, opening with apps, showing in Finder, Deleting, Markup, or dismissing the thumbnail.

Clicking on the thumbnail will present the screenshot in full via Quick Look. From there, you can take additional actions on the screenshot like markup, sharing, deleting, or trimming (if it’s a video).

I imagine that most power users will want to stick to the traditional Command + Shift + 3/4 shortcuts, avoiding the new Screenshot utility interface outright. The UI is a nice addition to macOS, but adds a bit of unnecessary friction if you’ve already developed a screenshot workflow that works for you.

Otherwise, the new utility with its thumbnail preview is a useful tool that can help manage screenshots and allow users to interact with them on the fly. 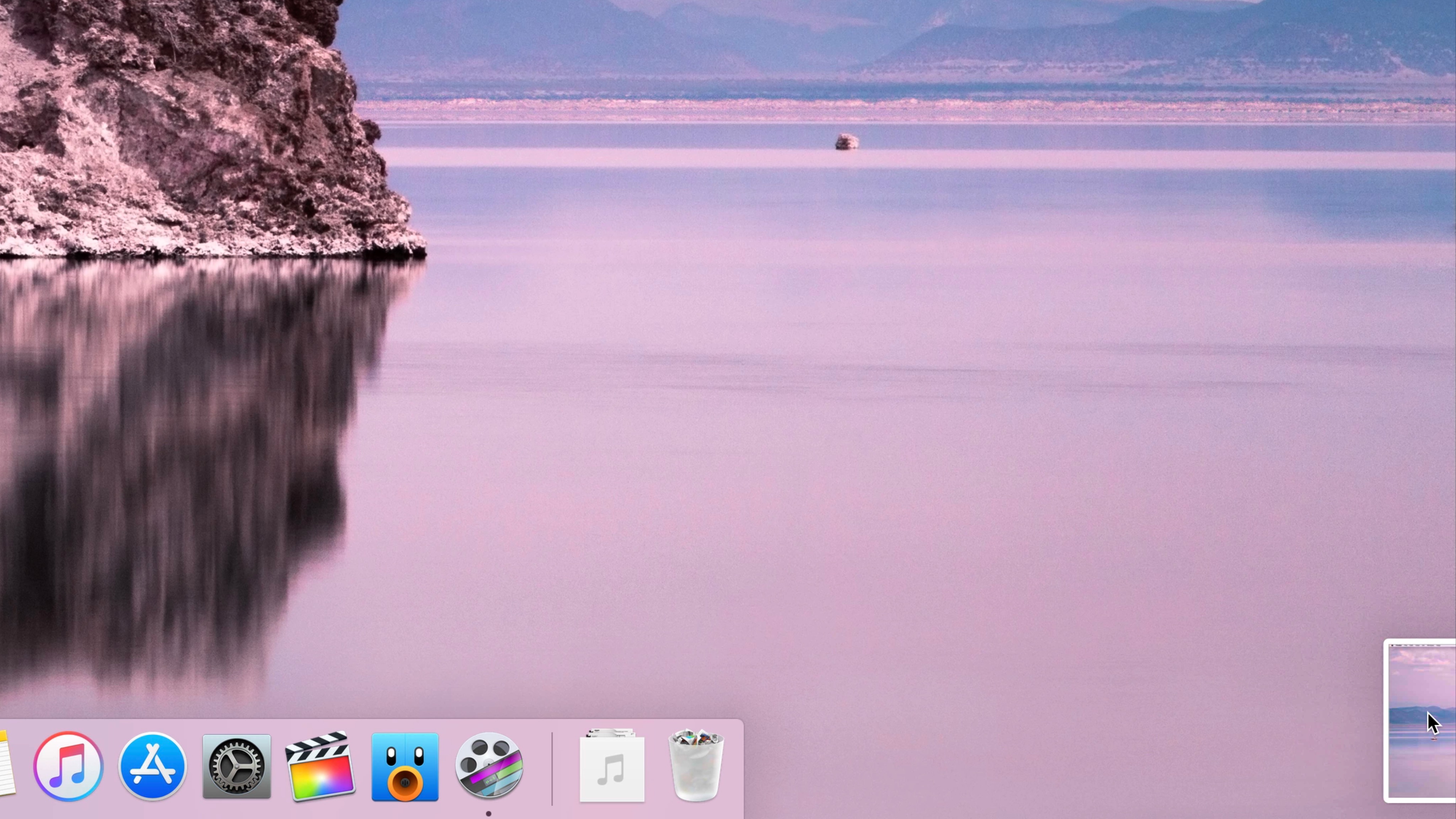 The fact that you can now take video screen captures via the Screenshot interface is a noteworthy addition for those who occasionally need to record their screen. Otherwise, an app like ScreenFlow 8 is much better suited for that job.

What are your thoughts on macOS Mojave’s new screenshot capabilities? Are there any additional tips or tricks that you’d like to share? Sound off in the comments below with your thoughts and observations.

Special thanks to MacPaw, creators of CleanMyMac X, for sponsoring our macOS screenshots walkthrough.