The record-setting battle royale title Fortnite continues to generate revenue on iOS at an unprecedented pace. New data from SensorTower this week shows that Fortnite revenue has crossed $300 million since it originally launched, with a whopping $20 million of that coming in the last week alone.

Fortnite for iOS originally launched back in March, and since then, has grossed a total of $300 million worldwide, SensorTower data shows. 65 percent of that revenue has come from the United States.

In comparison to other high-grossing iOS games, Fortnite revenue is 32 percent more than the hit game Clash Royale in the same time period. Though, Pokémon GO hit the $300 million mark in just 113 days.

PUGB, the most direct competitor to Fortnite, has grossed around $47 million since its release on iOS in April.

To put the time needed for Fortnite to hit $300 million into perspective, Clash Royale took 249 days—almost two months longer—to gross as much on iOS outside China. Honor of Kings didn’t achieve the same total on China’s App Store until 316 days after it launched, or more than three months longer than Fortnite. Fortnite’s most direct rival, Tencent’s PUBG Mobile, has reached about $47 million on Apple’s platform since it began offering in-app purchases on April 15—173 days ago

Are you a Fortnite player on iOS? How much have you spent on the app? Let us know down in the comments. 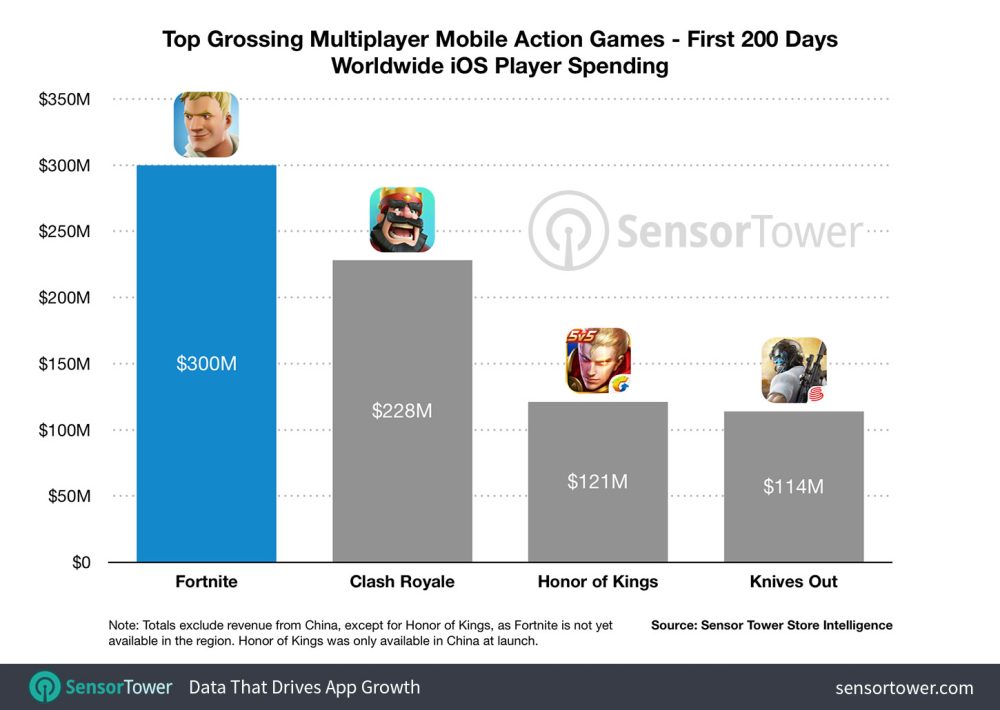 More on Fortnite for iOS: