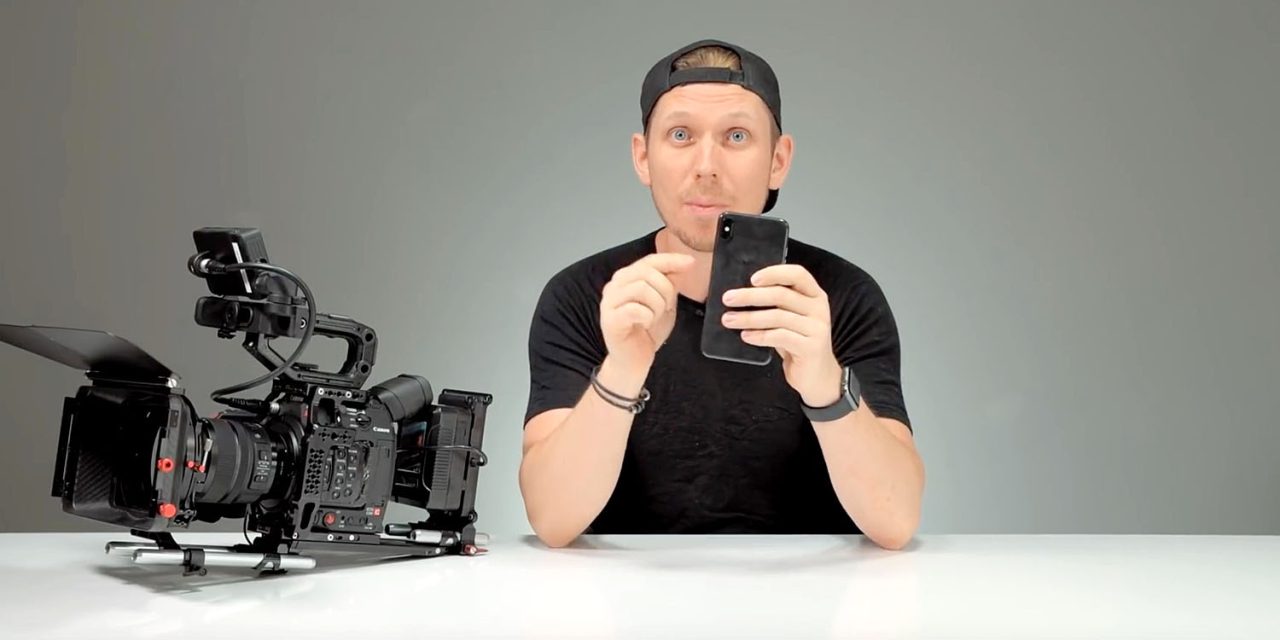 The enhanced capabilities of the iPhone XS camera is the headline feature of Apple’s latest flagship phone – even if not everyone is happy. DxOMark recently declared its video performance ‘outstanding,’ while our own tests have left us equally impressed.

But putting the iPhone XS camera up against a $10,000 cinema camera would seem to be hopeless endeavor. Not quite, says one filmmaker who decided to do it …

Ed Gregory said that he was inspired to conduct the test after being ‘shocked’ at how good the iPhone XS camera was at shooting video (and found no differences between the XS and XS Max).

A few weeks ago I picked up the new iPhone XS Max and as a photographer and film maker the first thing I did was open up the camera app to see how it looked and to be honest I was actually shocked. It looked awesome. Over the next few days I took a few videos and found myself actually watching them back on the phone and being pretty impressed. I would then watch a video I shot on the C200 and to be honest I would question which one I liked more. So that was it, I just had to test them out.

For commercial shoots, Gregory uses a Canon C200, and for the comparison he paired it with a Sigma Art 18-35/1.8 as this gave a similar focal length to the wide lens on the iPhone.

I attached the iPhone XS to the top of the C200 and placed them both on the DJI Ronin-S (I cant believe I actually got this balanced). I used the regular Apple camera app and spent an hour shooting to see what I could come up with.

He says the first big difference was that that the iPhone XS camera footage was almost ready to use.

Back at may studio (In Color Studios) I put the footage together and threw on a color grade. The iPhone footage took almost no work to color grade whereas the C200 to a lot of heavy lifting which is one of the joys of shooting in RAW.

The dynamic range also came close to matching that of the C200.

The dynamic range is super impressive. It’s able to keep the highlights on the bright sun while keeping details in the shadows. This is some crazy multiple exposure processing that’s been done. Considering this is all being done in real time in the palm of your hand, it’s super impressive.

The big weakness, he wrote, was in the automatic sharpening applied.

When viewed the footage on a small iPhone scene they both looked fantastic. I was impressed to say the least but it all fell apart when viewing in fullscreen on my 27inch iMac. Too much sharpening meant the details just got lost and all the leaves with details just got smushed together.

But while ultimately (and unsurprisingly) Gregory concluded that they aren’t in the same league, he said that at times he couldn’t tell the footage apart, and that the iPhone XS camera gave ‘completely mind blowing results.’ Check out the video comparison below to see for yourself.