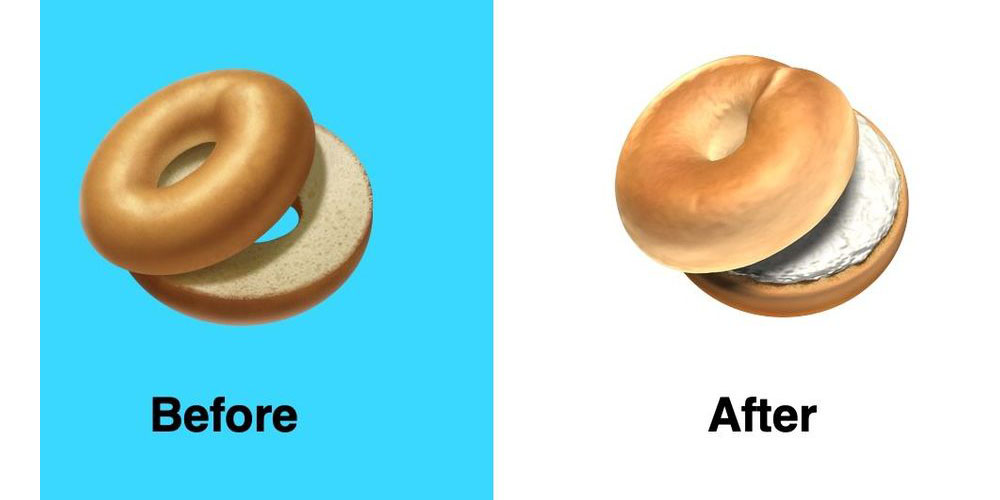 Antennagate, bendgate, batterygate … all trivial compared to bagelgate. Apple introduced a new bagel emoji in iOS 12.1, and the Internet was up in arms …

iOS 12.1 introduced 70 new emoji, including red hair, a lobster and softball. Apple also updated the phone emoji to lose the Home button and reflect current iPhone design. But it was one particular one that got all the attention: the bagel emoji.

Bagel fans felt that Apple’s original representation of the comestible looked more like a cheap frozen product from a ‘midwestern bagel factory’ than anything you’d actually want to eat. There was even a podcast episode about it.

Apple seemingly got right to work on addressing the problem, and Emojipedia notes that it has been fixed in beta 4.

Apple has released a new version of its forthcoming bagel emoji. Now including cream-cheese, this aims to address concerns raised about the previous design.

One challenge for the bagel emoji may have been that it’s tough to make any bagel look apetising without some kind of filling. While this update may not please those who prefer bagels with different contents, it does seem closer to what people want to consume.

As with many things, Apple got all the flack for an issue on which some other companies barely tried:

But there’s no doubt that Apple’s new bagel emoji looks very more more appetizing. Internet, you can rest easy … or not.

Don’t stop the fight until it looks like this pic.twitter.com/hBuQchpM9i

Oh, and please stop with the 140-emoji tweets now …