Apple filed the details with the US Patent and Trademark Office today. Named “Peloton,” which in cycling refers to the main group of riders, this patent describes some advanced features to make autonomous vehicles travel further and more efficiently.

Apple says that its peloton system could be used with as few as two autonomous vehicles, but it sounds like many cars could be linked together in a caravan to see greater benefits like increased aerodynamics and more. The summary of the patent gives a good overview of what Apple is trying to accomplish. 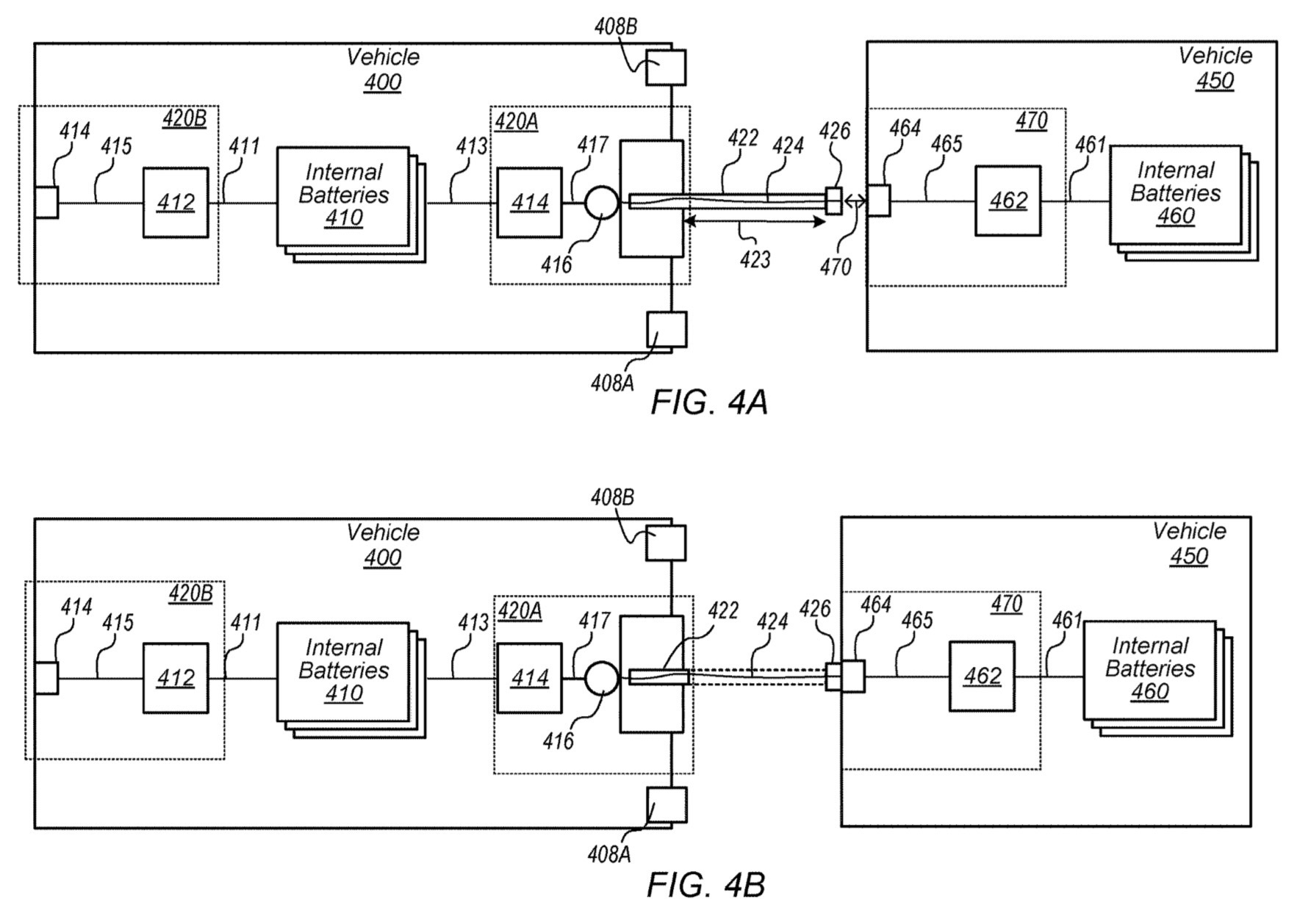 Apple says that the arm would make a connection between the internal batteries of the vehicles. After more dense descriptions of the apparatus, the filing describes the method of using the system that aims to share energy between multiple vehicles and balance driving range.

Apple further describes that the connector arm would be extending from a retracted position when needed.

The patent also describes that the autonomous driving system would analyze the driving ranges to determine the organization of the peloton.

Per usual, Apple files many patents that never become a reality, but these are certainly some fascinating details. The full patent can be read here.

At this point, an actual Apple Car isn’t expected. Rather, the company is believed to be spending its time working on an autonomous driving system that other manufacturers will implement. Most recently, analyst Ming-Chi Kuo predicted that Apple’s future autonomous vehicle system will make use of its own custom chips by 2023.