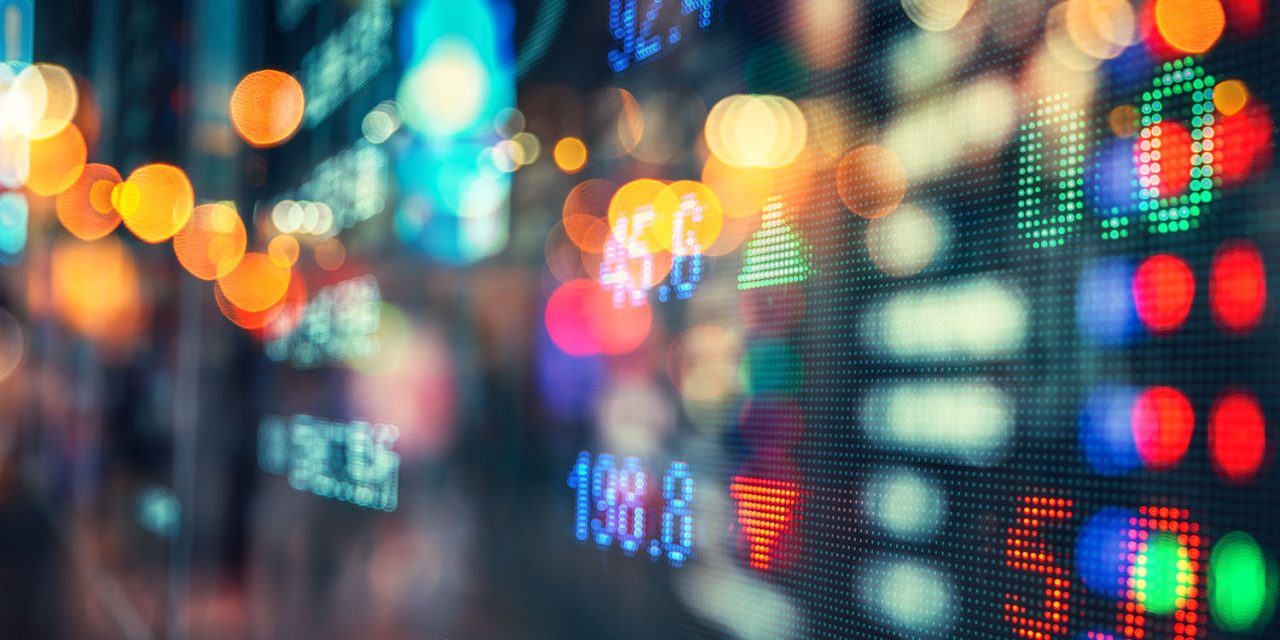 Options are where someone enters into a deal which gives them the right – but not the obligation – to buy a particular stock for a pre-agreed price on a specific date. They pay a fee in return for this right. Options are effectively a safer bet than futures, which oblige you to complete the transaction.

By analysing the options people are buying, you can see what the market expects to happen to a particular stock.

In this case, the information lacks one crucial fact, notes the WSJ: whether investors expect the share price to rise or fall.

Investors are projecting a 6.5% one-day move after Apple’s earnings report on Thursday, which compares with the iPhone maker’s average swing of 3.8% in the last eight quarters […]

The estimates don’t indicate which direction shares might sway, just the magnitude of the move. The percentages are derived from an options trade known as a straddle, which entails buying both bullish and bearish contracts that can be exercised at the same price for the stock.

The trend in US stocks this month has been downward, with AAPL getting caught up in the slide which began with tech stocks but dragged down the entire market.

After being the darling stock sector for years, technology names have roiled the broader market several times in 2018. Last week, they dragged benchmark indices into negative territory for the year. The tech-heavy Nasdaq Composite tumbled 3.8% last week to enter a correction, while the benchmark S&P 500 slid 3.9%.

It’s not just AAPL where investors expect volatility – the same is true of Facebook, which reports its own earnings tomorrow.

Options prices forecast a swing of 8.2% in Facebook shares in the days after the social-media company posts earnings on Tuesday after the market close, data from Trade Alert showed as of Friday. That’s much bigger than the average move of 5.5% that Facebook has posted following its last eight quarterly releases, options data from Trade Alert show.

Facebook investors have already suffered this year as multiple controversies and fears over slowing growth have dogged the company. Its shares have slumped almost 20% in 2018, on track for their first down year ever.

Apple’s guidance calls for revenue between $60B and $62B.