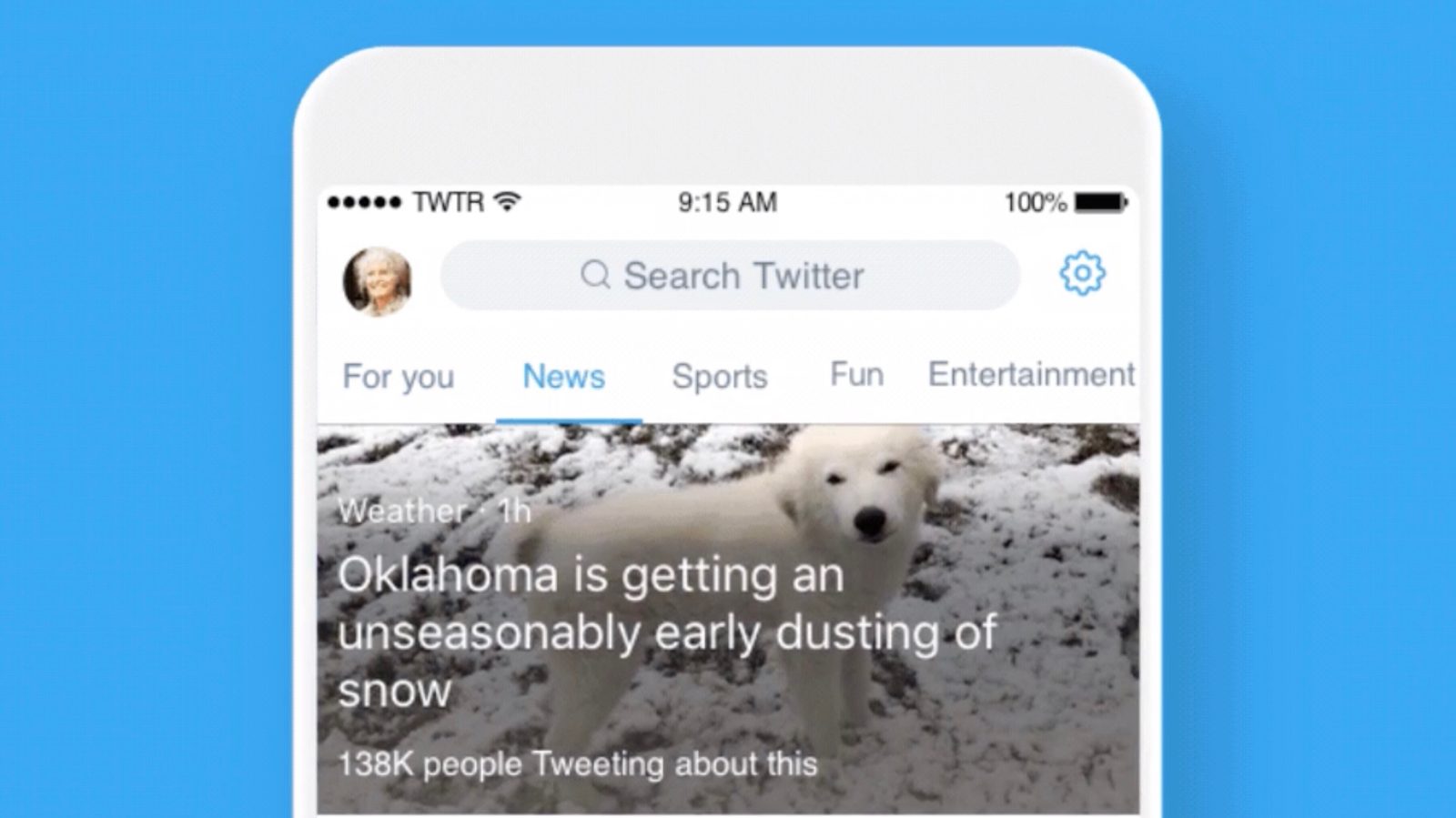 Twitter announced today that it is rolling out an update to the search tab in the Twitter app for iOS that adds sections. The company says that with these new sections, it’s easier to “see the tweets you care about the most.”

Until today, the Twitter search tab in the iOS app offered only a vertically scrolling list of trending topics. Starting now, however, you can now move horizontally to view the top tweets and news in various categories, as seen in the above image.

For instance, there’s a “For you” section that houses tweets which Twitter thinks will be most relevant to you. There are also section for News, Sports, Fun, Entertainment, and more. Each section shows a featured story along the top, followed by a handful of other popular tweets and stories below.

The new Twitter search interface is rolling out starting today in the United States. If you don’t see the new design just yet, don’t worry as it will take sometime to hit all devices. Are you a user of the Twitter app for iOS or do you rely on a third-party client? Let us know down in the comments!

🔍 just got an upgrade. We added sections so it’s easier for you to see the Tweets you care about the most, starting today in the US. pic.twitter.com/BuZA9CvgGk