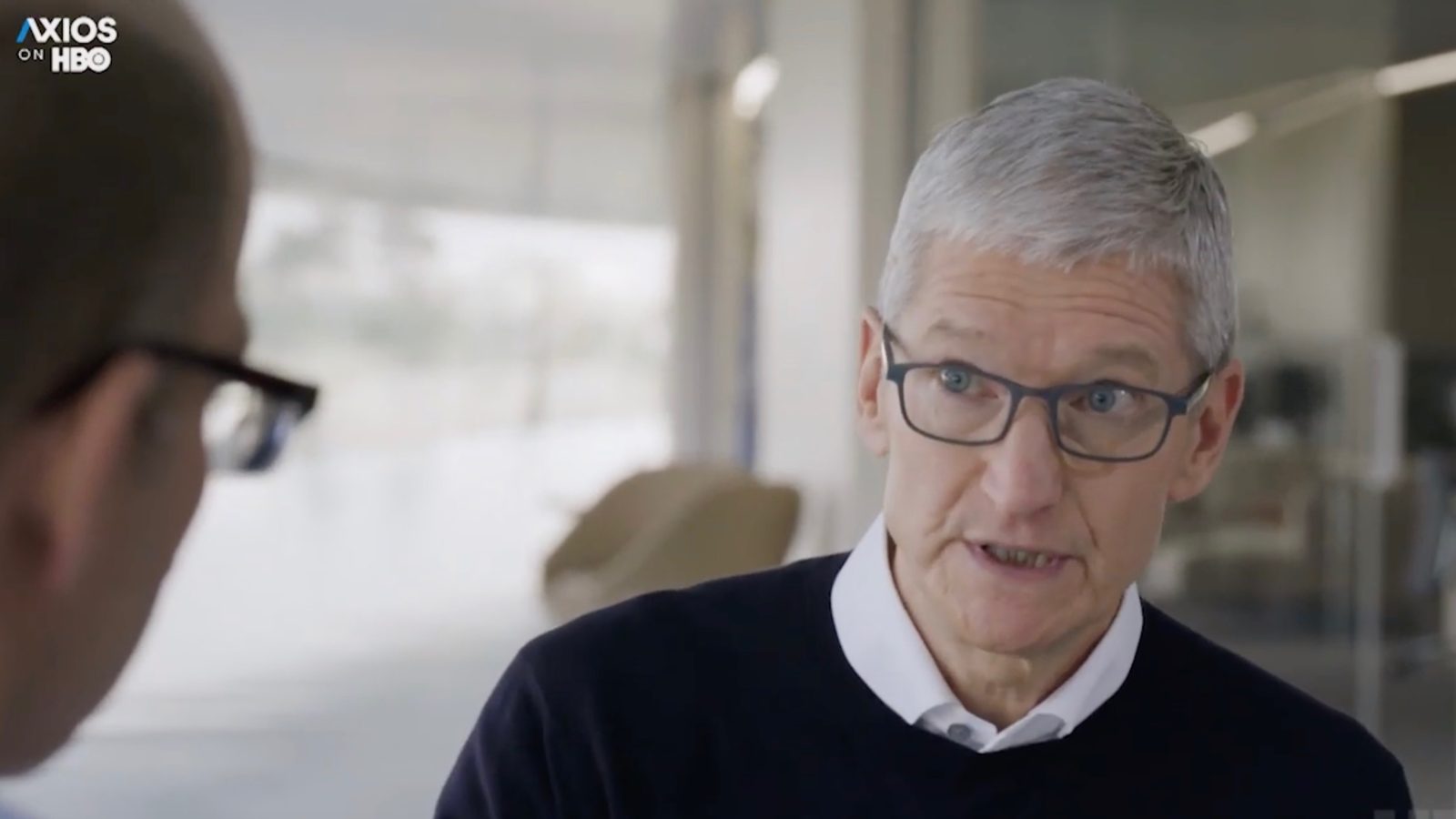 This evening on HBO, Axios will air its exclusive interview with Apple CEO Tim Cook, filmed at Apple Park in Cupertino. The interview will likely touch on a variety of topics, and the first teaser clip shows Cook talking about how Silicon Valley “missed it” on gender.

In a teaser clip shared this morning, Tim Cook is asked by Mike Allen from Axios if he is worried about the “male dominated culture” in Silicon Valley. Cook explains that he agrees that Silicon Valley has “missed it” in terms of gender diversity, but he’s optimistic that Apple isn’t the only company working to make improvements:

“I think the valley has been open and accepting to many different people from different walks of life, but I agree 100 percent from a gender point of view, that the valley has missed it and tech in general has missed it. I know we spend a lot of energy on this and are constantly asking ourselves, “How can we improve more?” ad listening to what our folks tell us. I gotta believe other people are doing this too. I’m actually encouraged at this point that there will be a more marked improvement over time.”

Tim Cook’s full interview with Ina Fried and Mike Allen of Axios will air tonight on HBO at 6:30PM ET/PT. We’ll have more coverage of the interview and what else Tim Cook has to say then.