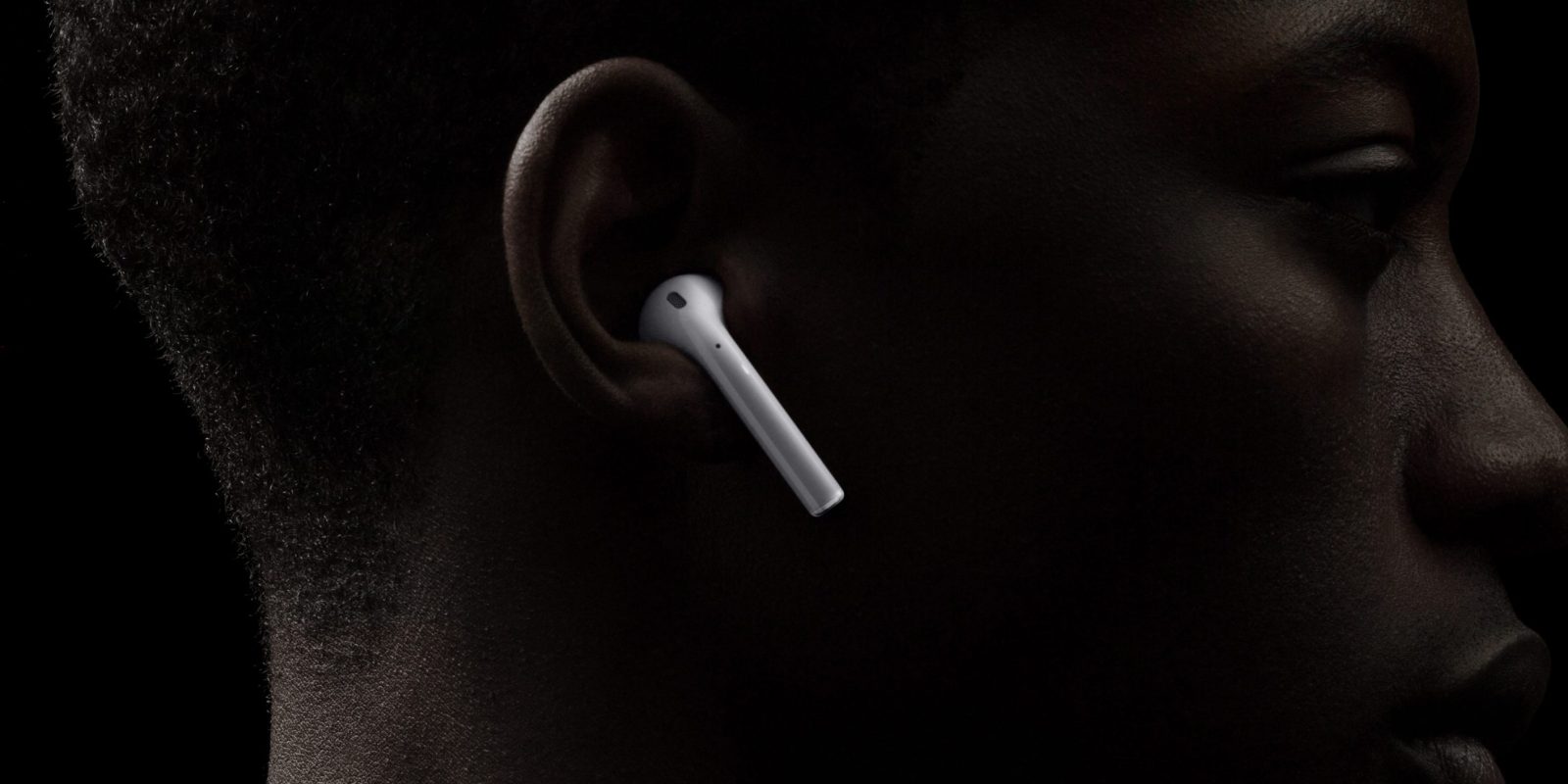 A new patent granted to Apple today reveals some of the potential new features we could see in future AirPods. The most interesting part of the filing involves interchangeable earbuds equipped with “at least one” biometric sensor, which could detect left/right ear placement and accordingly adjust audio.

Apple has long been in pursuit of ‘a golden bud’ to fit all ears. At the initial keynote when AirPods were first introduced back in 2016, Apple specifically mentioned the lengths they went to find the most universal fitting bud shape. Ultimately, they landed on the version shipped today, however, that doesn’t mean future models won’t be molded differently.

While the three-part configuration of the current AirPods are both environmentally responsible and relatively easy to manufacture, evolving AirPods from a separate left / right unit to a single component should lower costs and make getting a replacement AirPod much simpler, though with Apple we know that might not directly translate to the consumer.

This patent filing comes just days after a new Ming-Chi Kuo report which signaled for updated AirPods in the first quarter of 2019 set to include wireless charging. It seems clear the next AirPods refresh will most likely focus on improving upon the current design. But this patent shows that in 2020 and beyond, Apple is interested in creating an ultimate earbud that can fit anybody, with an array of biometric sensors capable of tracking health measurements along with detecting ear placement.

Three images from the documentation demonstrate a foam ring expanding within the ear canal to achieve optimal fit and ideal sensor placement against skin.

One of the points touched upon in the patent is how biometric sensors need to be pressed firmly against the skin to work best, and in a few of the designs outlined in the document, foam is used to expand the bud against the ear canal.

Obviously, this is a departure from the traditional plastic mold used by Apple in both EarPods and AirPods. However, in the pursuit of a universal fit, Apple might deem expanding foam as the best option as opposed to hard plastic. 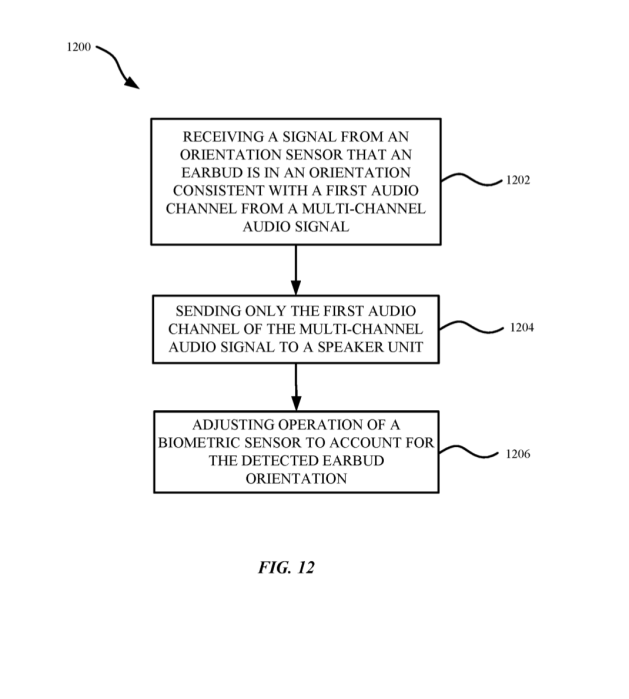 A figure from the patent detailing audio channeling and singular ear detection.

Sensors and automatic detection of both surrounding and current placement is a critical aspect of what the AirPods are all about, and this patent details this further by mentioning the ability to single-channel audio from a multi-channel source to a single bud.

AirPods aren’t just popular, they are the most popular Apple accessory in years, with many users saying they plan on buying AirPods before buying a new iPhone. Apple is well aware of the potential of what AirPods can do and looks to be hard at work to expand the earphones’ capabilities.

Will you be picking up a new set of AirPods in early 2019, or will you hold off until 2020 until more advanced, universal AirPods might be released?