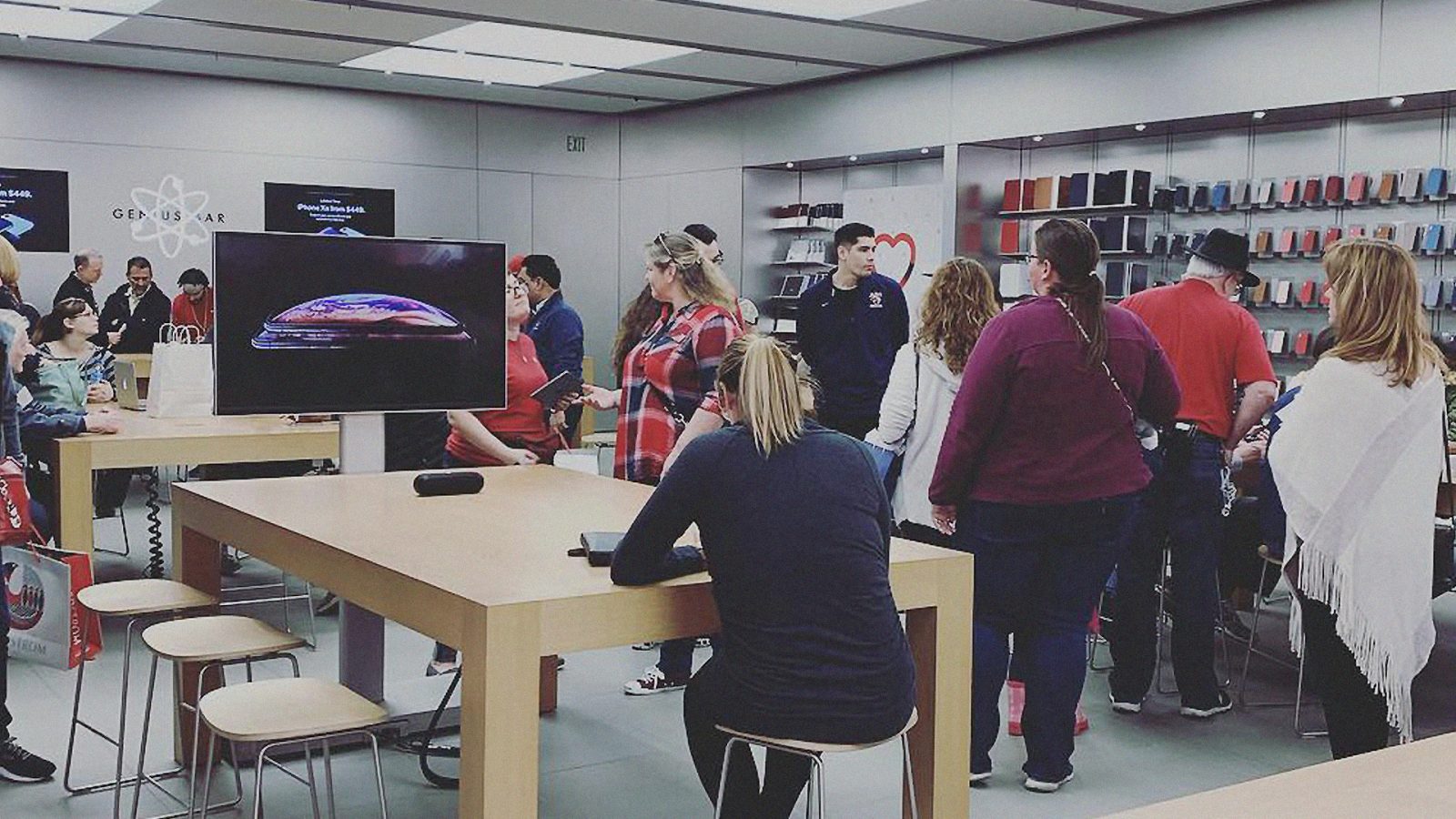 Following its four-day Black Friday shopping event last month, Apple has continued to incentivize customers to purchase a new iPhone with limited time discounts through the Apple GiveBack program. The trade-in offer, which was initially promoted with increasingly pervasive online marketing, has also made its way to Apple’s physical stores in an unprecedented way.

Starting this week throughout U.S. stores, Apple co-opted its Genius Bar Displays in classic locations, Apple TV demos, and Today at Apple Forum Displays to promote iPhone XS and XR deals. Rolling out Wednesday, animated video demo loops play on the displays, followed by text similar to Apple’s online copy: “Limited Time. iPhone XR from $449. Trade in your current iPhone and upgrade to a new one.” While Apple has used similar wording for in-store promotion of its Back to School offer, the advertising has traditionally been limited to desktop wallpapers on display Macs.

Until recently, Genius Bar Displays were used to showcase product tips and Apple Support videos. Last month, Apple began highlighting upcoming Today at Apple sessions on the displays. The change brought consistency to Apple’s message at every location. In updated stores, the Video Wall serves a similar role and runs playlists of curated artwork when not in use. Forum Displays, when idle between sessions, also highlight each store’s Today at Apple schedule. Marketing of limited-time offers is outside the scope of their original intended use. 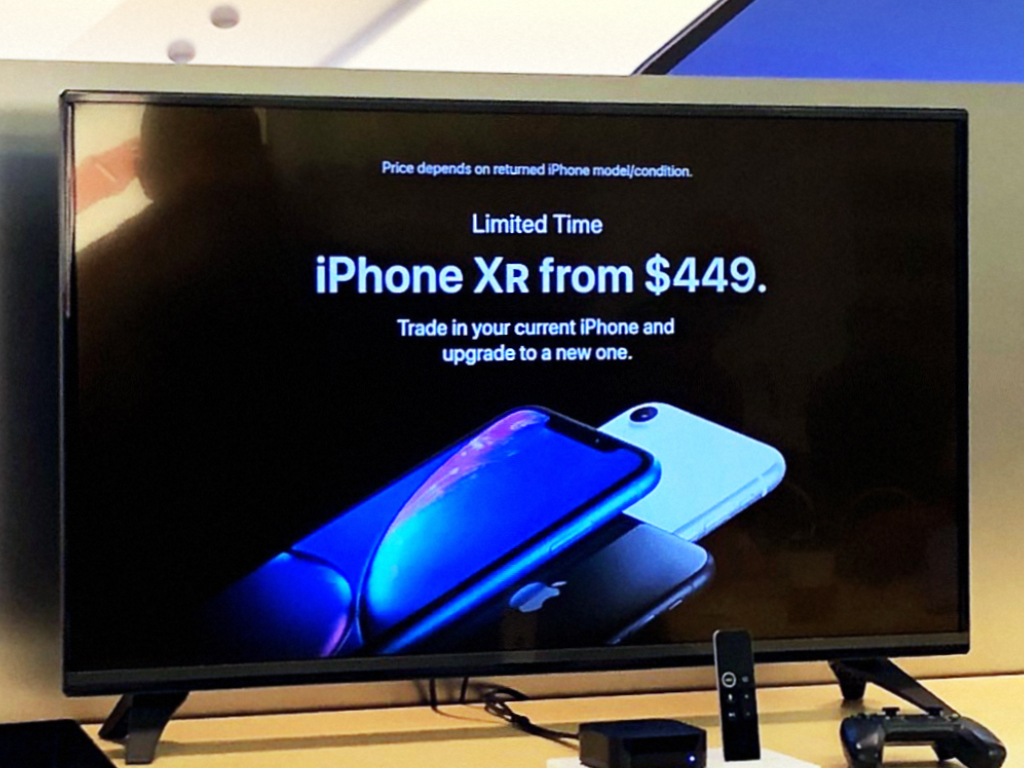 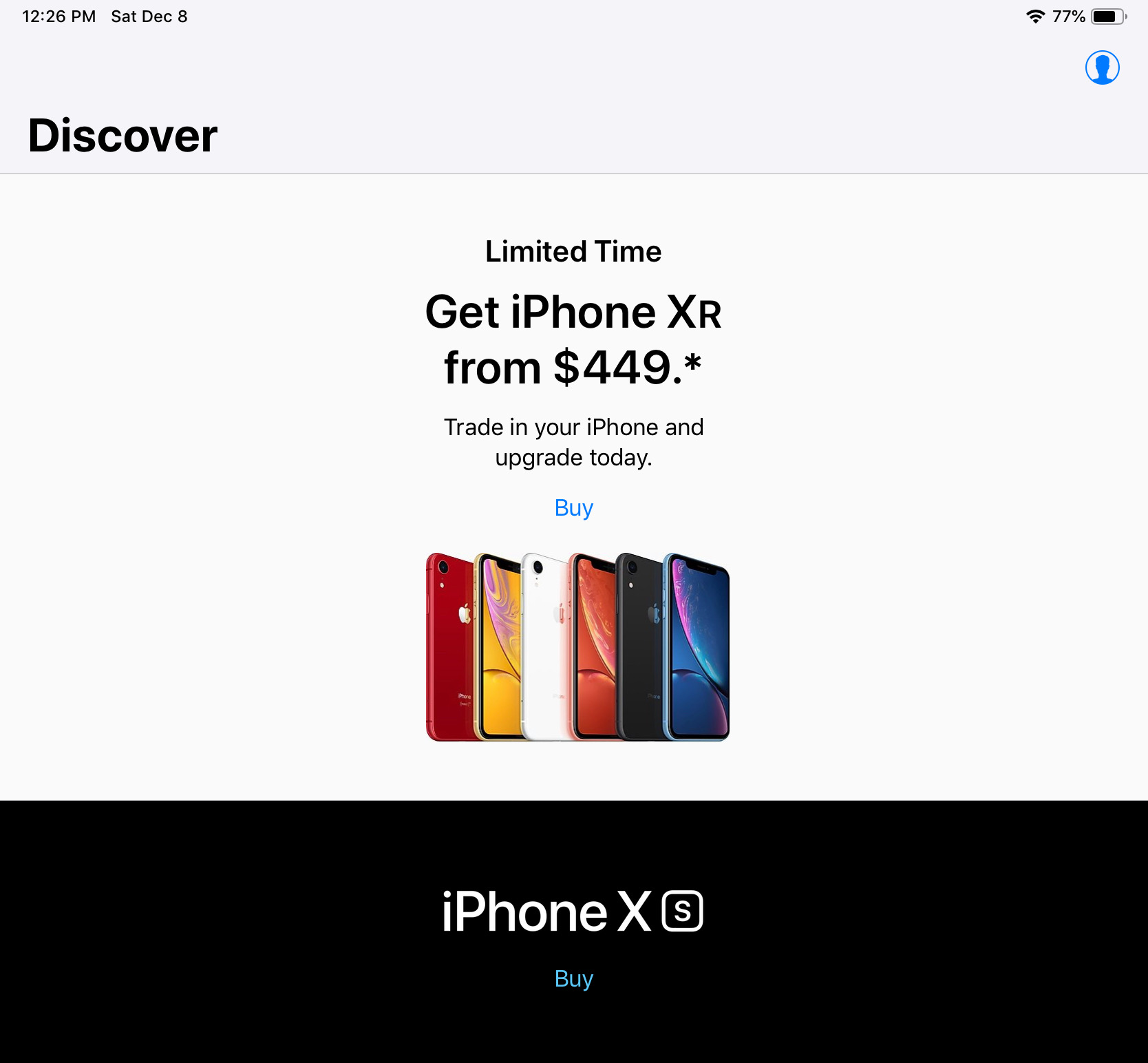 Today at Apple is supposed to inspire customers to take their creative passions further, and polluting in-store messaging with special offers clouds the program’s meaning. Apple says that Forum Displays are meant to deliver enriching learning experiences. Discovering the trade-in value of your old iPhone is technically a learning experience, but I don’t think it’s the one Apple had in mind. The bitterness of a poor experience remains long after the sweetness of a quick sale is forgotten.

For a little company, try a little Group FaceTime on iPhone. And for a limited time, get an iPhone XR from $449 or iPhone XS from $699 when you trade in your iPhone. Price depends on returned iPhone model/condition. Only at Apple.