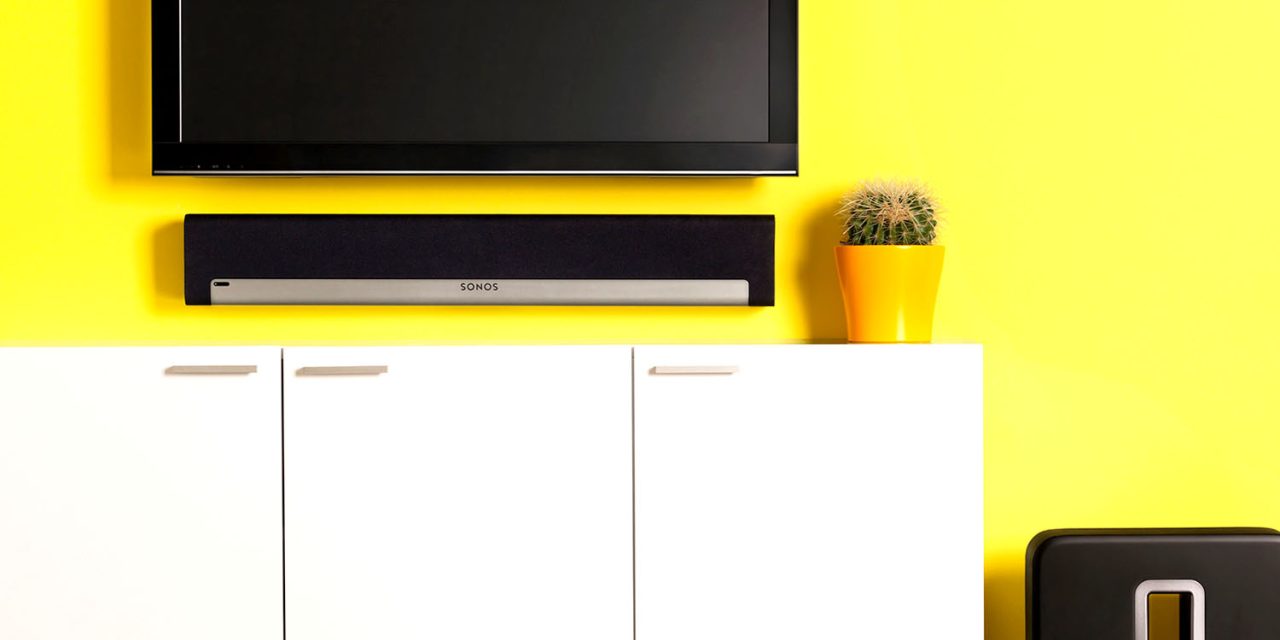 A new FCC filling from Sonos suggests the company is developing a new satellite speaker to work in conjunction with its existing Playbar soundbar. The filing was first discovered by Variety, who explains that the satellite speaker could bring true surround sound as well as voice control – like Alexa support – to the Playbar.

The FCC filing is heavily redacted, but it describes a Sonos device with the model number S18 featuring both Bluetooth and WiFi connectivity. The filing goes on to refer to the Playbar as the “master device” for the S18 and refers to the S18 itself as a “wireless smart speaker (right).”

This seemingly implies that the S18 will be able to connect to the existing Playbar – presumably in a right + left configuration – to expand the Playbar’s capabilities. This would give expanded surround sound capabilities to the Playbar than what Sonos currently offers. Further, if the S18 integrates WiFi and Bluetooth, it could add voice-activated features like Alexa to the existing Playbar.

A list of the equipment used in testing the new device includes a mention of the company’s existing Playbar as a “master device,” and describes the S18 as a “wireless smart speaker (right).” The fact that the new device was tested in conjunction with the Playbar suggests that it is meant to be used as a satellite speaker in a home theater setup.

Further details are sparse at this point, as is always the case with FCC filings. It’s unclear when the S18 satellite speaker might be available, or how much it might cost. Sonos did not comment on the filing when asked by Variety.

Currently, you can set up surround sound with the Playbar by using two Sonos One, Play:1, Play:3 or Play:5 speakers in conjunction with the Playbar. With this in mind, it’s a bit unclear what benefit the S18 will provide. It’s possible Sonos focuses on price with S18, moving its surround sound capabilities further downmarket.

The Sonos Playbar was first introduced in 2013 and has since been followed up by the more affordable Sonos Beam. The Beam integrates Alexa voice control, but doesn’t offer the same sound quality as the Playbar.

The Playbar is still sold by Sonos for $699 – compared to the Beam’s $399. Adding updated surround sound support with new satellite speakers to the Playbar could breathe new life into the product with Alexa and more.