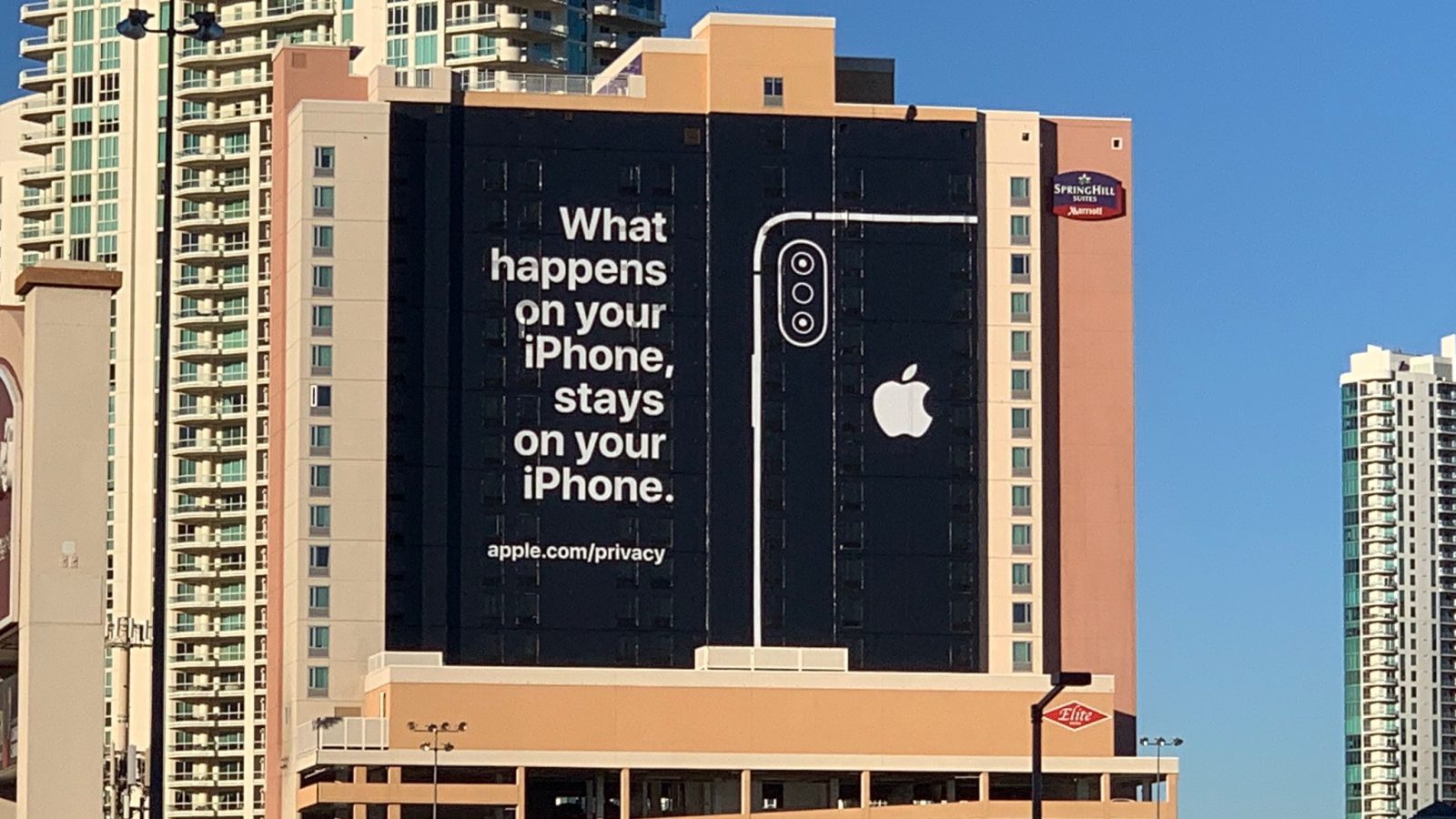 CES 2019 is set to kick off in Las Vegas this coming week, and while Apple does not have an official presence at the event, this year looks slightly different. Ahead of CES, Apple has strategically placed a massive new privacy-focused billboard in Las Vegas…

The billboard, first spotted by Engadget’s Chris Velazco, depicts the rear of an iPhone, with Apple touting that “what happens on your iPhone stays on your iPhone.” Of course, that’s an obvious play on the “what happens in Las Vegas, stays in Las Vegas” slogan, but it also references Apple’s efforts at protecting user privacy. The ad closely resembles the styling of sustainability promos Apple has showcased in other countries.

The billboard also includes a link to Apple’s Privacy website, which outlines the various ways “Apple products are designed to protect your privacy.” For instance, on that webpage, Apple explains how Face ID and Touch ID data never leaves your device:

For example, the data used to identify you for Touch ID and Face ID is converted into mathematical representations that are encrypted and protected by the Secure Enclave on your device, where they cannot be accessed by iOS or apps. It isn’t stored on Apple servers or backed up to iCloud.

CES 2019 will undoubtedly see a host of new gadgets where privacy isn’t the manufacturer’s top concern. This includes all sorts of Alexa and Google Assistant enabled devices. Apple’s privacy focus is starting to become a major selling point of its devices, and as we argued a few months ago, it’s about time Apple really started marketing privacy to consumers.

At this point, it’s unclear whether Apple has further plans to expand its privacy-centric marketing outside of Las Vegas. Nonetheless, it’s notable to see Apple try to take advantage of the tech-centric crowd that will be in Vegas this week.

Apple never shows up at CES, so I can’t say I saw this coming. pic.twitter.com/8jjiBSEu7z