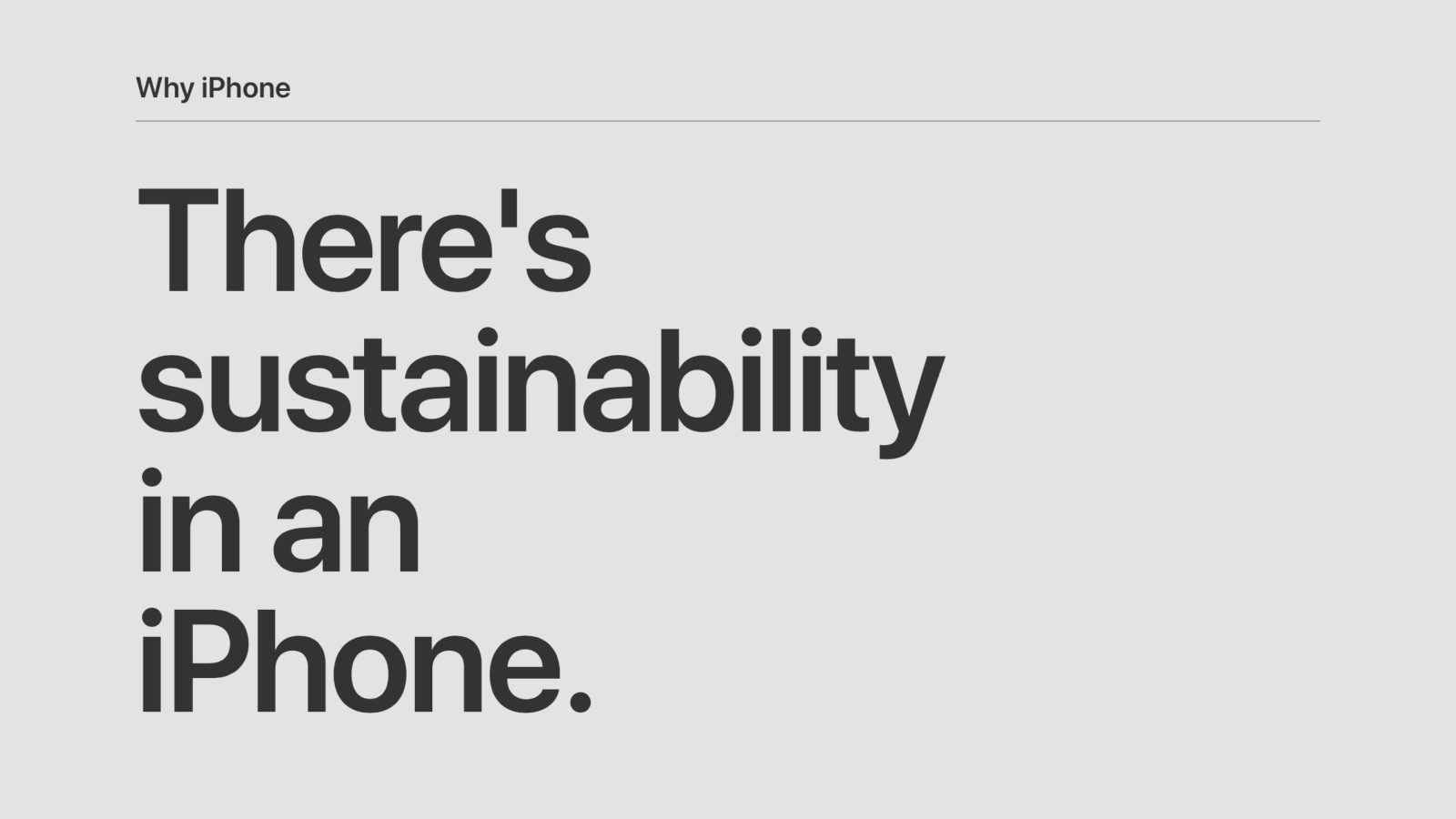 Apple is highlighting some of the iPhone’s key differentiators with a new webpage and several fun animations posted on YouTube. The page is currently live on Apple’s German website, and will likely roll out to other countries soon.

On the page, Apple explains their belief that the iPhone is more than just a device itself. From energy efficiency and recycling to privacy, each iPhone is a product of design decisions made along the way. Each of the six text animations posted demonstrate a decision of particular importance to Apple.

The new campaign feels like a logical extension of the “switch to iPhone” TV ads and “Life is easier on iPhone” website that Apple has previously used to market what makes the iPhone unique. Today’s ads have a particular focus on sustainability. In one caption, Apple describes how even features like iMessage are designed to be environmentally friendly: (Translated)

Every time you send an iMessage, you’ll help us, our goal – a future in which everything is clean energy – come closer. For every iMessage sent comes from our data centers, we operate worldwide with 100% renewable energy. That means every day are sent billions of iMessages with solar, hydro and wind power or natural gas.

Take a look at all six clips below, and check out more information on Apple’s website.

3 new clips have been added as of October 30th: