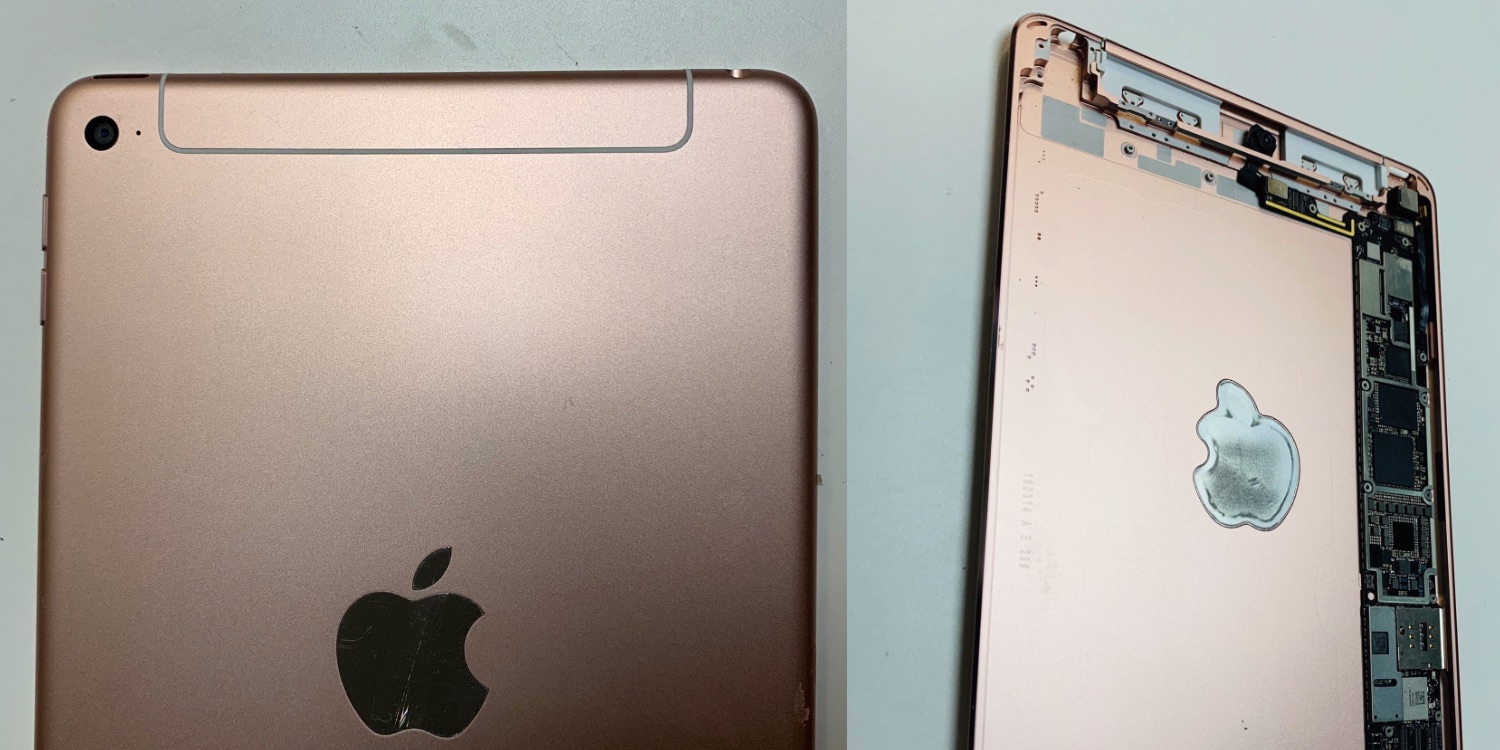 New photos shared online appear to show an unreleased version of Apple’s iPad mini tablet with design characteristics not seen on hardware that Apple has sold to date. The images appear amid rumors that Apple is planning to release a fifth-generation iPad mini sometime over the next few months.

The photos were shared on Twitter without explicitly claiming that this is the rumored iPad mini 5 (but the suggestion is there). It’s also possible this could be a prototype iPad mini that is different from what eventually Apple releases.

The only physical attribute that appears changed from the currently selling iPad mini 4 hardware is the antenna line for cellular connectivity. Apple currently sells a version of the iPad mini 4 that works with LTE and uses the mostly plastic iPad antenna design.

Starting with the 9.7-inch iPad Pro, iPads have switched to a more minimal antenna design that relies on a slim trace in the shape of the old antenna design (although the new iPad Pro has moved on to yet another design). No iPad that Apple has released has used that antenna style without a four-speaker system.

Aside from the antenna tweak and possible color adjustment, the iPad mini casing shown in the photos appears to show few changes. The 3.5mm headphone jack is still onboard atop the iPad mini, the volume rocker is still located on the upper side, and presumably there is Lightning and not USB-C and no additional speakers.

If the rumors are accurate and Apple is aiming to market the refreshed iPad mini as a modern budget tablet (and possibly increase the price of the full-sized, non-Pro iPad up from $329), the modest updates to the casing should be expected with most changes being internal with a processor upgrade.

Not seen is a camera system that includes a flash. Current iPad minis lack rear-facing flashes too, but at least one purported case leak claimed to show a vertical cutout that could accommodate a camera flash. It’s possible the photos we’re looking at are not the iPad mini 5, however, although the budget focus doesn’t suggest more hardware for your money.

Apple currently sells the iPad mini 4 from $399 with only 128GB versions offered and optional cellular connectivity, although resellers can sometimes save you a few dollars. The hardware was introduced in 2015 and only modestly updated over the previous hardware.