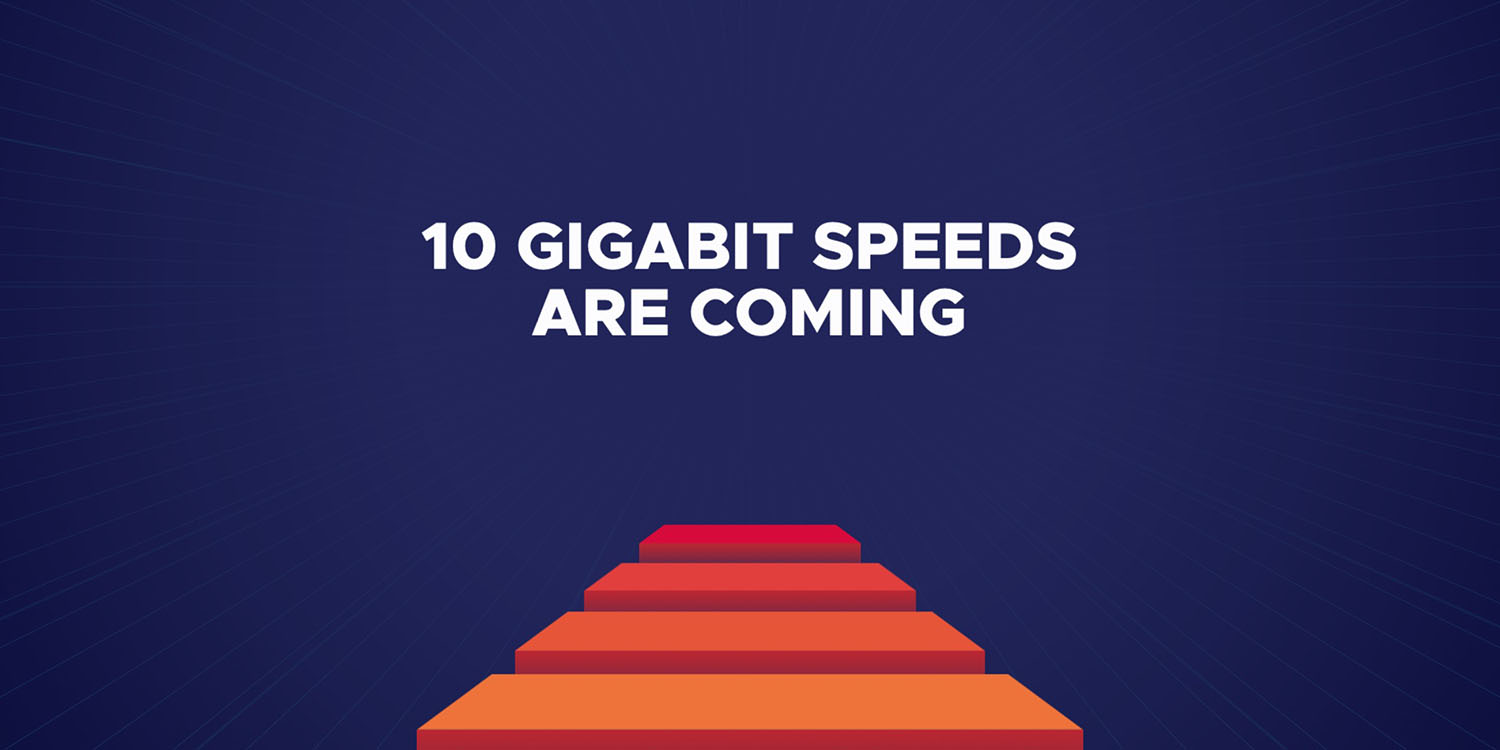 As if some of the marketing hype around 5G weren’t already silly enough, the cable industry is hitting back with an absurd 10G marketing campaign.

5G doesn’t just offer the potential for dramatically better mobile data speeds: it could also be fast enough to allow people to use a mobile hotspot to replace their home broadband connection, and it is this prospect which is frightening cable companies …

In theory, 5G promises multi-gigabit mobile data speeds. As with 4G, there’s likely to be a significant gap between theoretical capabilities and real-life performance, but as we outlined in a recent explainer, speeds of several hundred Mbps seem feasible – and that’s faster than many people get on their home broadband service.

To counter this, the National Cable and Television Association (NCTA) has announced a new marketing campaign claiming that home broadband will offer ’10G.’

Today at the Consumer Electronics Show (CES), NCTA – The Internet & Television Association, CableLabs and Cable Europe introduced the cable industry’s vision for delivering 10 gigabit networks, or 10G™ – a powerful, capital-efficient technology platform that will ramp up from the 1 gigabit offerings of today to speeds of 10 gigabits per second and beyond – to consumers in the United States and across the globe in the coming years. To support the rollout, Intel will deliver 10 gigabit ready technology from the network infrastructure to home gateways.

The Verge’s Chaim Gartenberg did a nice take-down.

The new 10G branding introduced here isn’t referring to a generational count, but rather the kind of network that the various global cable groups are hoping to achieve: 10 gigabits. If it’s achieved, it’d be a dramatic leap forward from today’s current networks, which tend to cap out roughly around 1Gbps for an actual subscriber with the absolute best and fastest connections available in the United States.

The issue is that the whole marketing initiative is sort of ridiculous, boiling down to an overly slick website promising the sort of technology that we are still years away from […]

Making this entire marketing campaign more absurd is that most people don’t even have anything close to 1Gbps internet […] According to the FCC’s 2018 broadband report, the median download speed for US broadband customers was just 72 Mbps as of September 2017 — a far cry from 1Gbps, much less 10Gbps.

There are still more questions than answers over 5G. The extremely short range nature of 5G signals – more akin to Wi-Fi than LTE – means you’d need to blanket the country in mini base stations to get comprehensive coverage. So while carriers promise ‘nationwide’ coverage by 2020, none of them are being specific about what this actually means. It may mean nothing than decent coverage in central areas in the largest cities across the country.

We don’t know what real-life speeds are likely to be delivered, and most especially we don’t know what it will cost. Being able to burn through mobile data at an impressive rate isn’t exactly a win if we face the same data caps/slowdowns seen with LTE.

But the cable industry is being equally vague in its ’10G’ promises. No date is given for the achievement of this lofty aim, nor any indication of what percentage of the population might be able to benefit from it. The only reference to timing is ‘field trials beginning in 2020.’

With both mobile and fixed data promises, we’ll believe it when we see it.