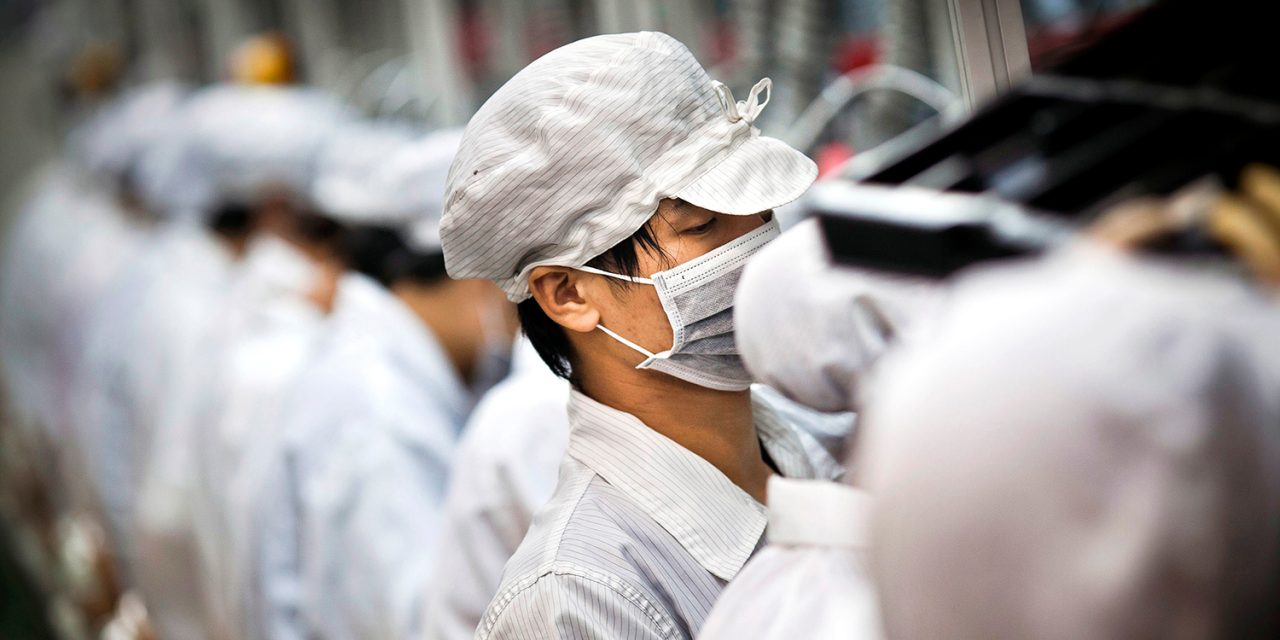 As iPhone demand is seasonal, ramping up when new models are released and through the holiday season, and then reducing later, the company relies on a large influx of temporary workers to meet the changing production requirements. But this time it is said to have cut many of those contract jobs months earlier than usual …

Nikkei reports that the move is in response to one of the most severe downturns in a decade, with other suppliers taking similar steps.

Around 50,000 contract workers have been let go since October at Foxconn Technology Group’s most important iPhone factory at Zhengzhou, in China’s Henan Province, according to an industry source familiar with the situation. Normally, the contracts of these workers would be renewed every month from August until mid- to late January, when the workforce is traditionally scaled back for the slow iPhone production season […]

One key component supplier based in Shenzhen had asked 4,000 workers to take an extended “vacation” from October to March, a person with knowledge of the situation said. “The company has not actively laid off those workers yet. It will decide whether or not to lay them off after March 1,” the source said.

The report stresses that the number of Foxconn workers affected is no different to usual, but the timing is.

It’s quite different this year to ask assembly line workers to leave before the year-end,” a source with knowledge of Foxconn’s reductions said.

Foxconn is said to be taking a number of additional cost-reduction steps in response, including slashing around 50% of its back office and managerial posts. The company recently merged its MacBook and iPad assembly operations with another division working for Dell and Acer, in order to benefit from reduced support headcount.

Foxconn carries out assembly work for a number of global tech brands, but Apple is its biggest customer.

The company recently announced that its December revenue fell by 8% due to reduced demand in the ‘consumer product category.’ While much of that will reflect reduced iPhone demand signalled by Apple slashing its holiday quarter guidance by between $5B and $9B, some of it may reflect Apple shifting more iPhone production to Pegatron.

Other Apple suppliers – including A-Series chipmaker TSMC – have been slashing their 2019 financial forecasts in response to an ‘extraordinary’ drop in Chinese demand for the iPhone.

Apple itself is reported to be planning hiring reductions, though not layoffs.