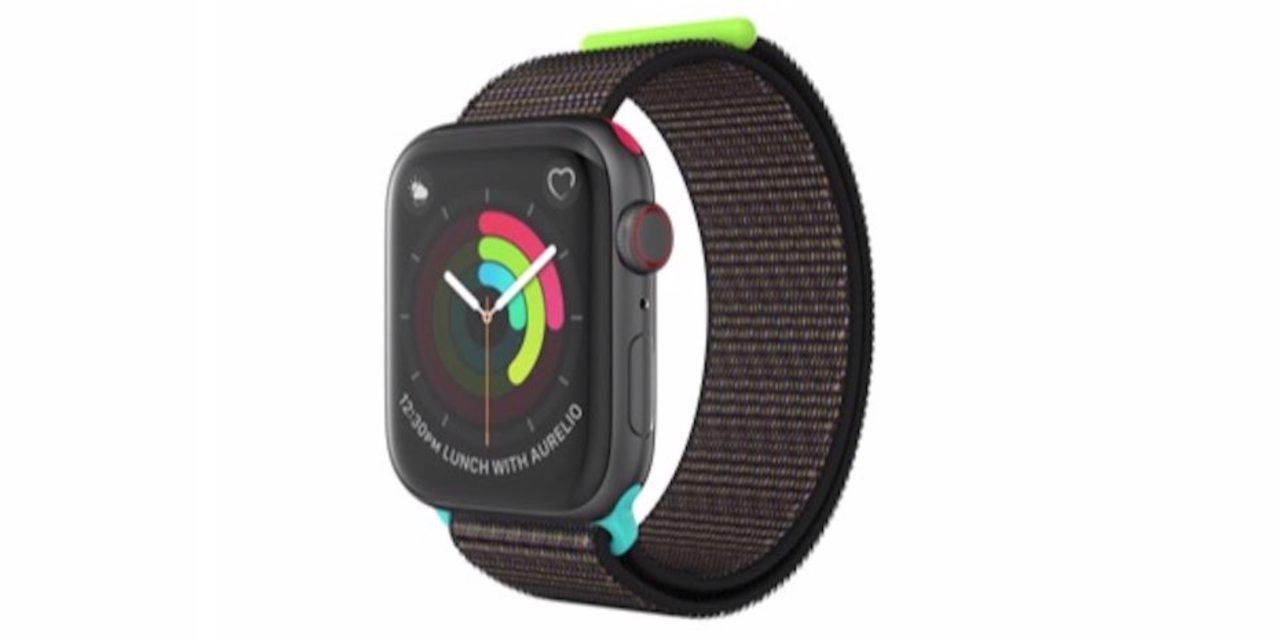 Apple is holding another company-wide activity challenge starting next month. Like it did last year at this time, participants who successfully complete the challenge will earn an exclusive black Apple Watch Sport Loop Band with colored accents that match the stand, move, and exercise rings.

Reported by WatchGeneration (via MacRumors), Apple’s third company-wide activity challenge will begin in February. The goal this time around will be to close all three Apple Watch activity rings every day for the whole month.

Last year’s challenge was a bit different with participants earning points based on closing their activity rings. Those who finished the challenge with a gold ranking earned the exclusive black nylon band with an activity ring accent.

This year’s exclusive black Sport Loop Band features blue and magenta for the lugs and a green accent for the cap at the end of the velcro strap.

Apple has previously offered custom Apple Watch bands to employees. It gave custom straps to employees during the PRIDE parade in 2016, and sold them for a limited time in 2017. Apple also created custom country flag bands during the Olympics in 2016.

How about you? Are you hoping Apple sells this exclusive black Sport Loop Band with accents at some point?