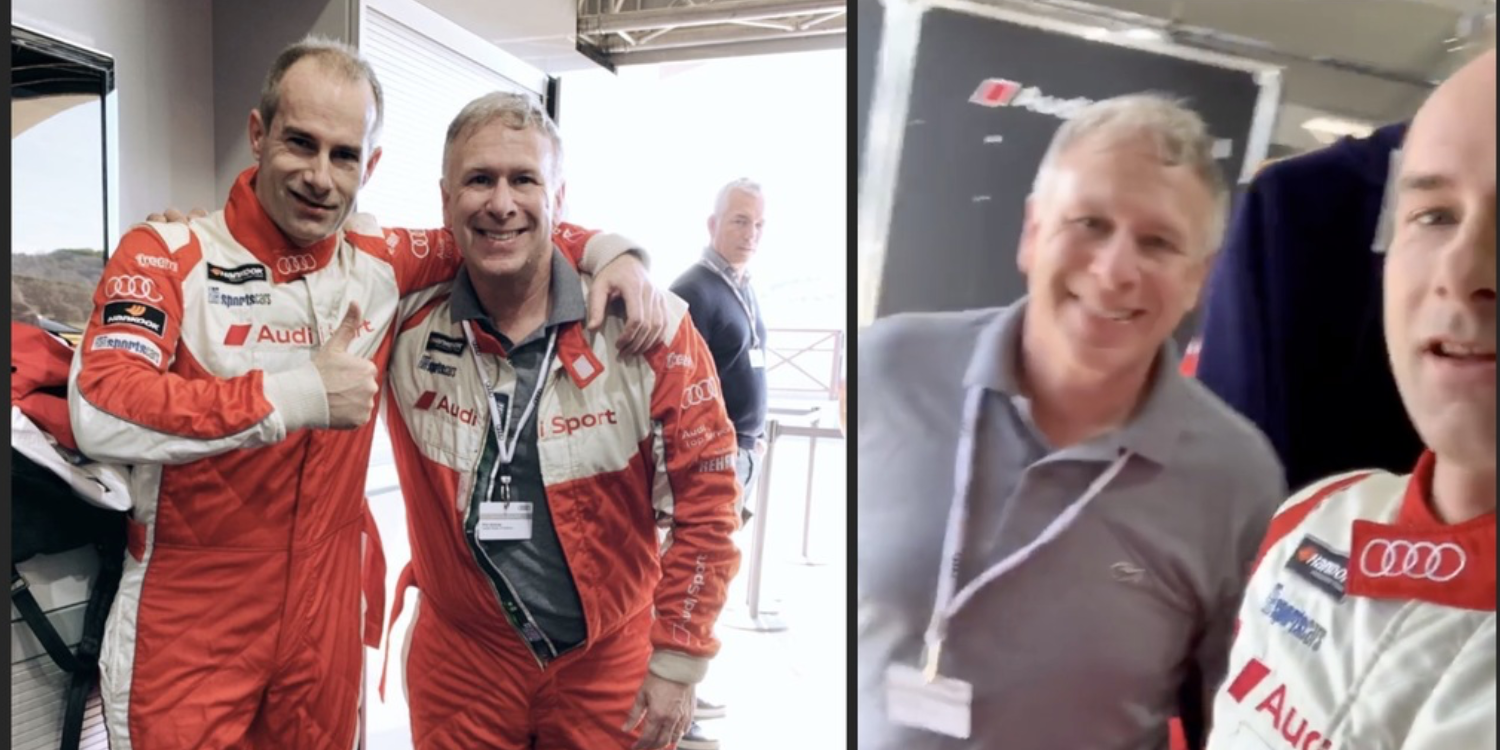 Apple SVP of Worldwide Marketing Phil Schiller was spotted at an Audi event in Marbella, Spain. Though it’s unlikely he’s attending for any official business, the photos and video are sure to spark discussion nonetheless.

Schiller was spotted alongside Hungarian electric car blogger Andras Horvath via his Instagram story, which you can view right here.

The caption below the photo of the two, roughly translated from Hungarian, reads:

If someone didn’t know, he’d been working for Apple for 30 years, right-handed by Steve Jobs. OMG!

For those unfamiliar, the Audi e-tron is the car manufacturers first foray into an all-electric consumer vehicle. It begins pricing with a sub-$75k entry point, yet can reach well over $86,000 with the “Edition One” model, before incentives. You can read more about the Audi e-tron on our sister site, Electrek.

Apple is long known to have an interest in developing autonomous electric vehicles, however, 200 staff cuts in the sector recently might have soured some plans. At any rate, it’s best to assume Schiller only made the appearance thanks to his personal love of cars. In fact, after the launch of iPhone XS and XR, Schiller said in reference to their names:

I love cars and things that go fast, and R and S are both letters used to denote sport cars that are really extra special

Are you still holding out hope for Apple to make a big splash in the car industry one day? Let us know in the comments section down below!