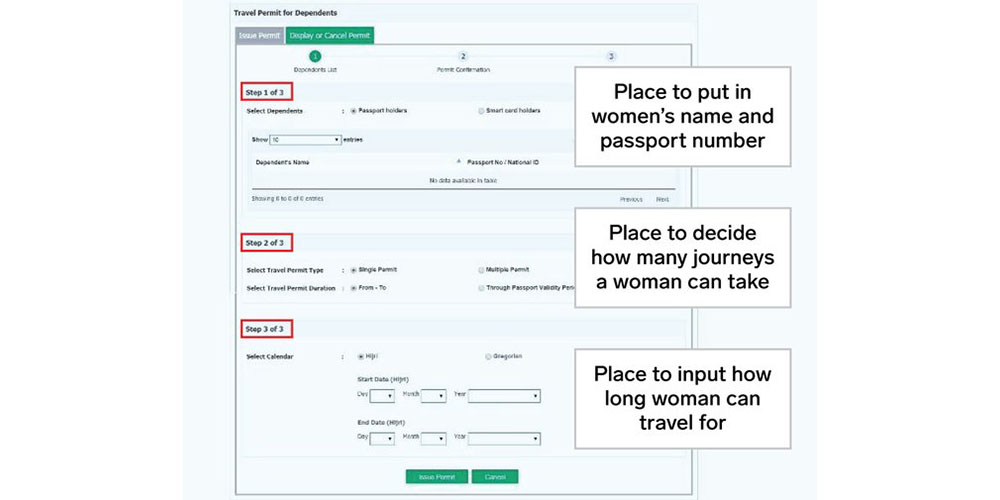 Pressure is growing on Apple and Google to remove Absher, a controversial Saudi app which can be used by male family members to track the movements of women and even bar them from travelling. Some 14 members of Congress have accused the two companies of being ‘accomplices in the oppression of Saudi women’ …

The ways in which the Absher app could be used to control women were first highlighted by Business Insider. UK executive editor Jake Kantar tweeted that neither company had even acknowledged the site’s request for comment some four days after the story was published.

Human Rights Watch and Amnesty International have both expressed concern about the two tech giants making the app available for download, and Oregon Senator Ron Wyden formally called on Apple and Google to remove the app.

Tim Cook said ten days ago that he was unaware of the app, and promised to investigate – but it remains available at the time of writing.

The ingenuity of American technology companies should not be perverted to violate the human rights of Saudi women. Twenty first century innovations should not perpetuate sixteenth century tyranny. Keeping this application in your stores allows your companies and your American employees to be accomplices in the oppression of Saudi Arabian women and migrant workers. We ask that your companies remove Absher from your app stores.

The letter, which you can read in full below, calls for the two CEOs to respond by February 28.

The difficulty for Apple and Google is that the Absher app is an official government one, used for a wide variety of purposes. It provides online access to more than 160 different government services, from renewing driving licenses through making hospital appointments to applying for jobs. Blocking access to it would be as controversial within Saudi Arabia as not doing so is in the US.

By now you have been informed that your app stores currently offer a mobile app for the Saudi Ministry of Interior’s website Absher. Though the app allows millions of users to perform a variety of routine functions, we are writing to express our alarm over the app’s features which prevent the free movement of Saudi women and migrant workers. By sending a text notifying a male “guardian” when a woman’s national identification card or passport is used at an airport, the app serves as tracking device. In a few publicized cases, women fleeing persecution in Saudi Arabia had to defeat this application to leave the country and seek asylum.

Beyond facilitating harm to the human rights of Saudi women, the app allows Saudi men to constrain the movements of migrant laborers working for them. Human Rights Watch has documented abuse and exploitation of migrant domestic workers in Saudi Arabia, some of which amounts to forced labor, trafficking, or slavery-like conditions. With a few taps of his finger on an app offered on your companies’ app stores, a Saudi man can exert near total control over the livelihood of these vulnerable migrant workers.

The ingenuity of American technology companies should not be perverted to violate the human rights of Saudi women. Twenty first century innovations should not perpetuate sixteenth century tyranny. Keeping this application in your stores allows your companies and your American employees to be accomplices in the oppression of Saudi Arabian women and migrant workers. We ask that your companies remove Absher from your app stores.

We look forward to a response from both of you on your companies’ next steps by February 28, 2019.