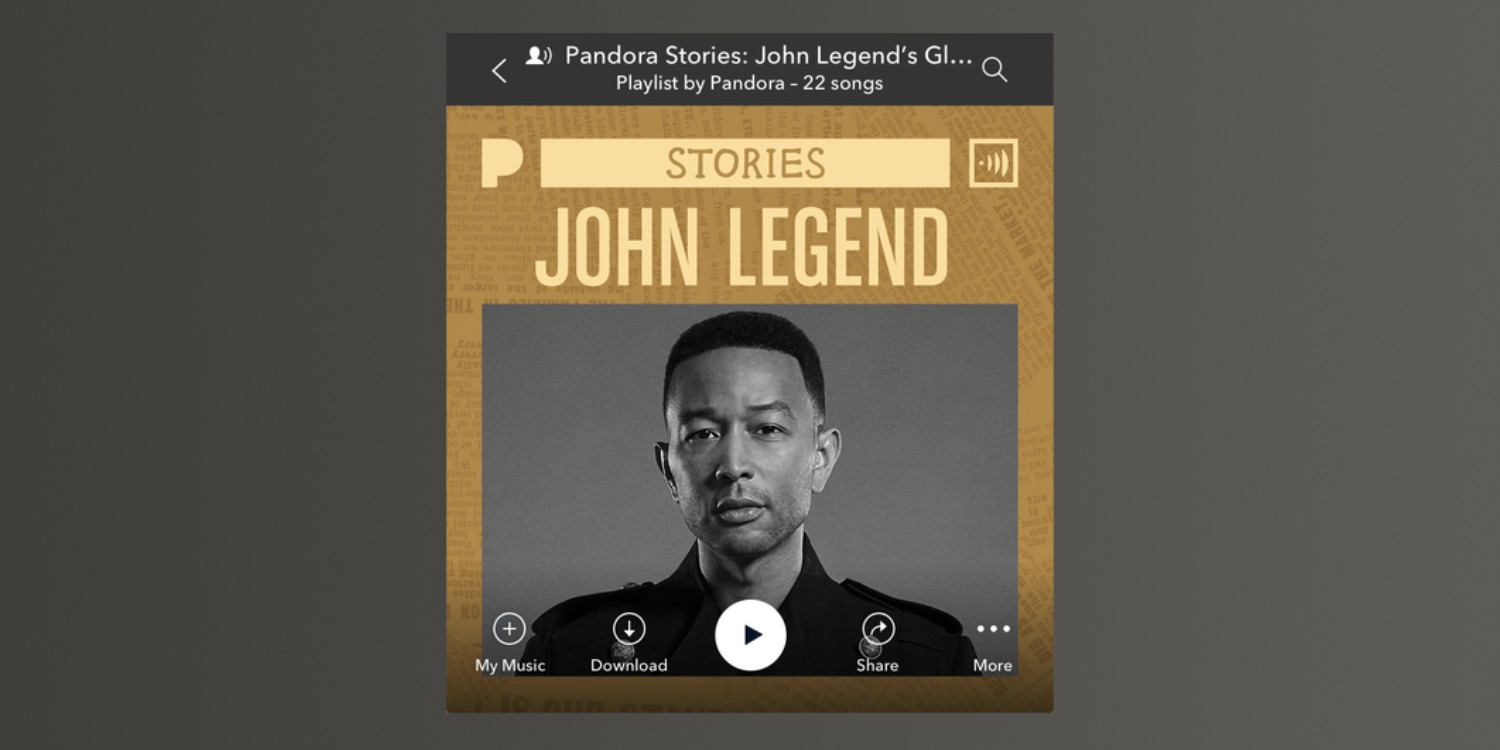 Pandora has a new audio feature out today called Pandora Stories — and no, it’s not another Snapchat clone. The streaming service is pairing its existing catalog of music playlists with its growing collection of podcasts (sort of) to create a new listening experience.

Here’s the pitch for Stories from Pandora:

Podcasts can tell stories about music, but generally don’t include full songs. And playlists have songs, but lack personal context from the artists behind them. Pandora Stories have arrived to fill that void.

As a fan of both audio forms, it’s a neat concept (even if Pandora is using the term ‘podcast’ generously here).

Pandora sees “musicians, actors, filmmakers, athletes, celebs, authors, and beyond” all using the new Stories feature to mix music with storytelling. The streaming service also has tools available for creators to make their own Stories; just request access from Pandora at AMPplaybook.com/pandora-stories.

Stories is launching with variety of collections ready to go and more on the way:

Apple has its giant directory of podcasts, but it doesn’t mix its directory with Apple Music in any way today. Apple Music is instead retiring interactive artists features with Connect going away, but a similar feature that let artists mix commentary between tracks in special playlists for members would be compelling.