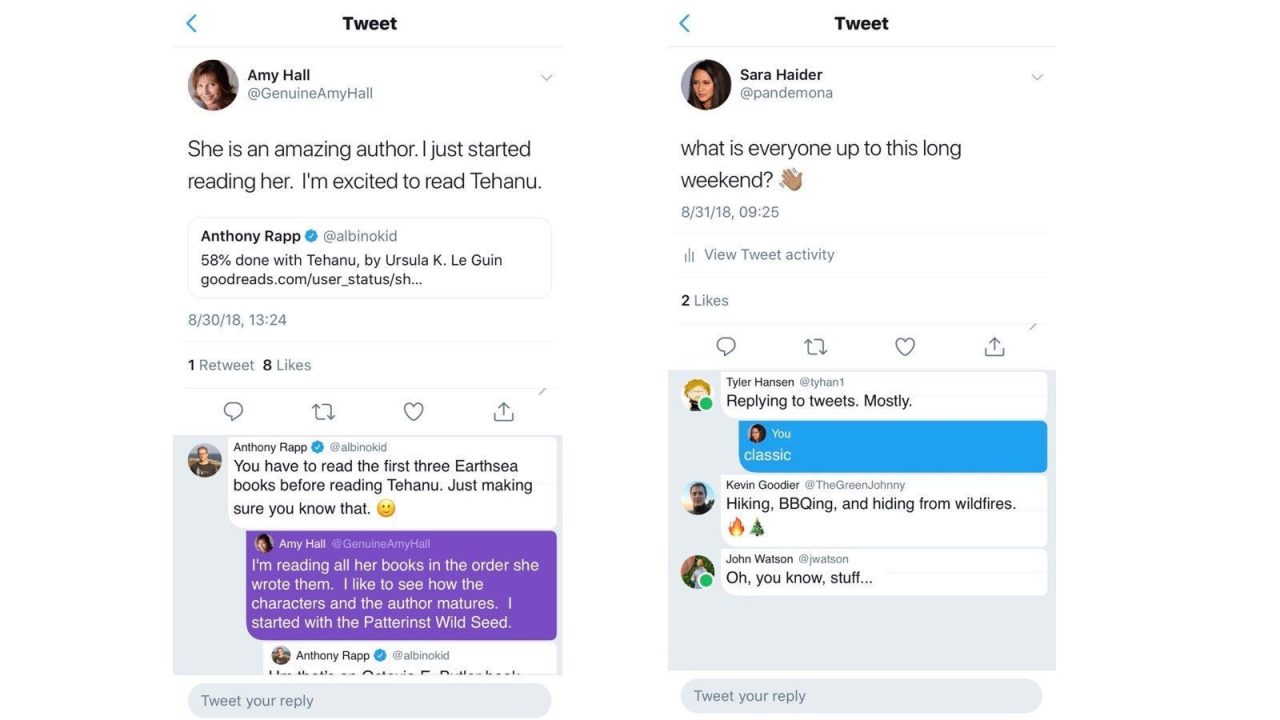 Twitter today launched its new prototype beta app “Twttr” to select users. The purpose of the app, according to Twitter, is to test upcoming Twitter features, especially those that aim to make it “easier to read, understand, and join conversations.”

According to TechCrunch, the first new features being tested via Twttr relate to the design of conversations and replies on Twitter. These features were first showcased by Twitter earlier this year and give the reply interface a threaded design:

Initially, the new twttr app will focus on testing new designs for conversations. The prototype app will show a different format for replies, where conversations themselves have a more rounded chat-like shape and are indented so they’re easier to follow.

As part of the new design replies are now color coded as well. This differentiates between replies from the original poster and other Twitter users.

Further, new design also takes some of the focus off of engagement stats. Engagement stats like favorites and retweets are now hidden beyond the reply view, as are sharing options. This, Twitter says, is to make the conversation view clearer and easier to follow. Engagements, sharing options and other tweet details are hidden from view in order to simplify reading through longer threads.

The new Twttr app is rolling out today to certain users. You can sign up to be on the list via this link, and Twitter will email you instructions to download the beta app itself. Signups originally launched last month, but only now are the first invites going out.

Our prototype app, twttr, launches to the first group of participants today. #LetsHaveAConvo about new features to build a better Twitter together.