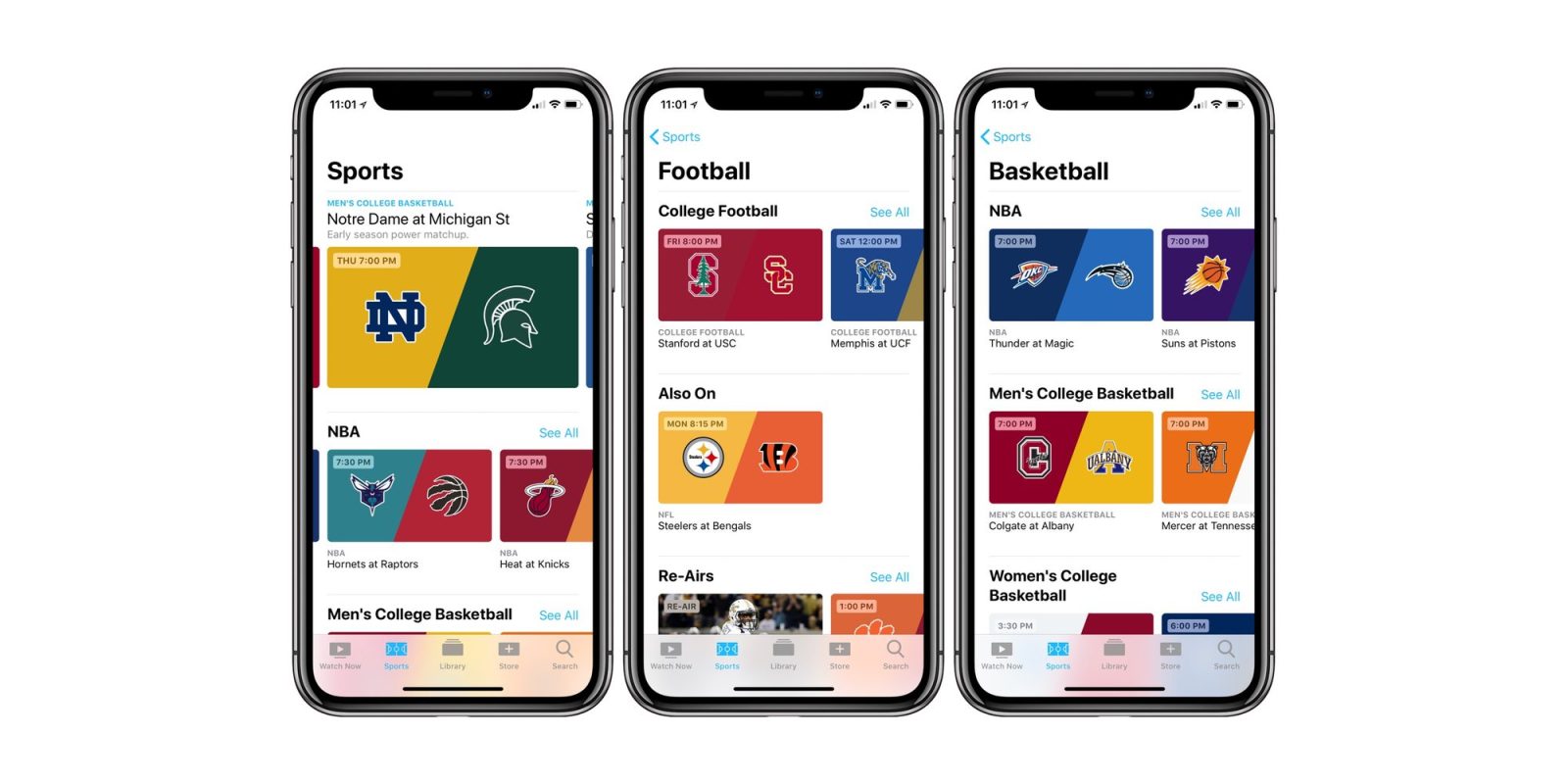 A new report from Sports Illustrated today takes a look how at one of Apple’s quiet projects is working to change how we consume live sports. Eddy Cue has shared that the company isn’t looking to stream exclusive sporting events, but rather has its eye on disrupting how we watch live events by creating a sports curation service.

At Apple’s Results Way campus that is mostly comprised of Apple Music staff, there is one room with about a dozen employees tracking sports. The group has nicknamed their quarters “The Sports Ball Room.”

They’ve been at it for almost a year now, keeping an eye on minor tennis tournaments, spring training baseball, college lacrosse, even curling. The team manages the sports subsection in Apple’s TV app and its Apple TV interface, highlighting what’s available around the clock. But a well-programmed computer could pretty much deliver that.

The workers—including several sports industry vets and at least one former college athlete—look for newsworthy and unpredictable moments, sending notifications when the action gets exciting or deciding something is skippable. Alert users of a triple-overtime NBA game between two lottery teams? Nope. A fourth overtime? O.K., send it.

In an interview with SI, Apple’s SVP Eddy Cue said that the company isn’t focused on hosting exclusive sports events and games on its TV App or upcoming streaming service for now, but that “you never know.”

“That’s not to say we would never do sports, because who the heck knows,” he said. “Never is a long time, but I don’t think that’s a problem right now.”

Cue also said he’s not worried about what competitors like Amazon and Facebook are doing in the space either.

Asked how much he’s thinking about competing against Facebook and Amazon (both of which have begun airing games) with exclusive rights, Apple senior vice president for Internet software and services Eddy Cue says, “Not a lot, honestly.”

He further explains why being a rights holder for events isn’t what the company is after.

“You really can’t own all the rights, so therefore at some point you need to solve some other problems,” Cue said. “You can’t design for owning the rights because if that’s the only thing you’re doing you’re always going to be tiny.”

What Apple is focused on is changing how we watch live events.

Leaning back in a conference room chair a floor below the Sports Ball Room, wearing running shoes, jeans and a faded blue henley, Cue describes a sports curation product that sounds like it was designed for himself as much as for Apple’s users. Searching for an example of its usefulness, he doesn’t turn to any buzzworthy game from the last year. Instead he reaches back for Kobe’s 81-point showing in an otherwise unremarkable Lakers-Raptors game amidst the 2006 NFL playoffs. “It was amazing to watch, but the vast majority even of Lakers fans didn’t see it,” he said. “As a fan, I’ve always looked at it as an opportunity.”

Just like Apple Music, Apple Pay, its upcoming News subscription service and more, Apple is working on becoming the middle man between consumers and sports coverage.

In a world of infinite supply, Cue wants to be the middleman, letting fans know what’s worth watching and offering one-click access to action rather than worsening the fragmentation. For Apple, there are financial benefits there. The company takes a cut of sports subscription services purchased on iOS and, on a high-level, can leverage its exclusive software into hardware profits.

The idea isn’t anything new, but so far, no tech giant has cracked merging recommendation engines with sports into a new user experience. SI notes that the NCAA may be a prime candidate for the vision that Apple is working towards:

If the sports viewing experience is disrupted, the NCAA tournament could change fastest. There are already multiple games to hop between, and plenty of fans wait for a text or tweet before tuning in, hoping to catch a moment of transcendence. Eventually, that approach could become a year-round norm. The thrill of following a single team for a season might be replaced by a season of chasing thrills. Constant madness. Introducing: RedZone for everything.

The full piece from Sports Illustrated is an interesting read.