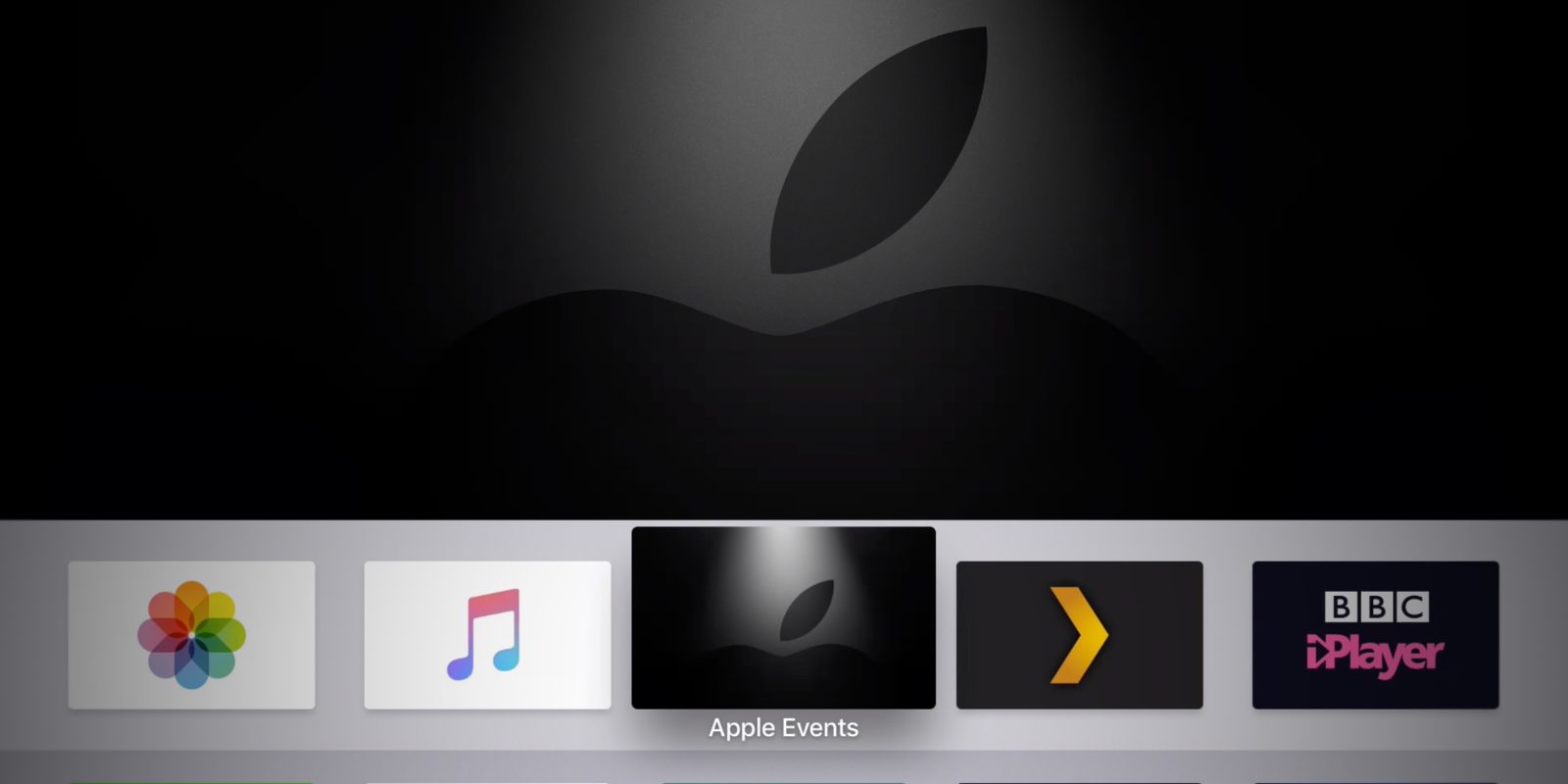 The Apple Events app for Apple TV has now been updated to include the details for Apple’s first event of the year. It’s showtime.

As Apple is live streaming the event, watching on iOS and Mac is as simple as opening Safari and going to the Apple website. The Apple TV tvOS operating system lacks a browser however, so the Apple Events app is needed in order to watch the stream directly on the Apple TV.

The Events app is themed in the black movie night aesthetic to match the upcoming event, and displays the start date in your local timezone so you know when to tune in.

We are expecting Apple to unveil its new TV subscription service, including previews of original content TV shows launching later in the year, as well as a premium magazine subscription offering integrated into the Apple News app.

There may also be some time dedicated to the upcoming Apple Credit Card partnership with Goldman Sachs. Most sources indicate that the event will focus solely on software and services, so don’t expect hardware.

Thanks to Tim Wells for the tip off!