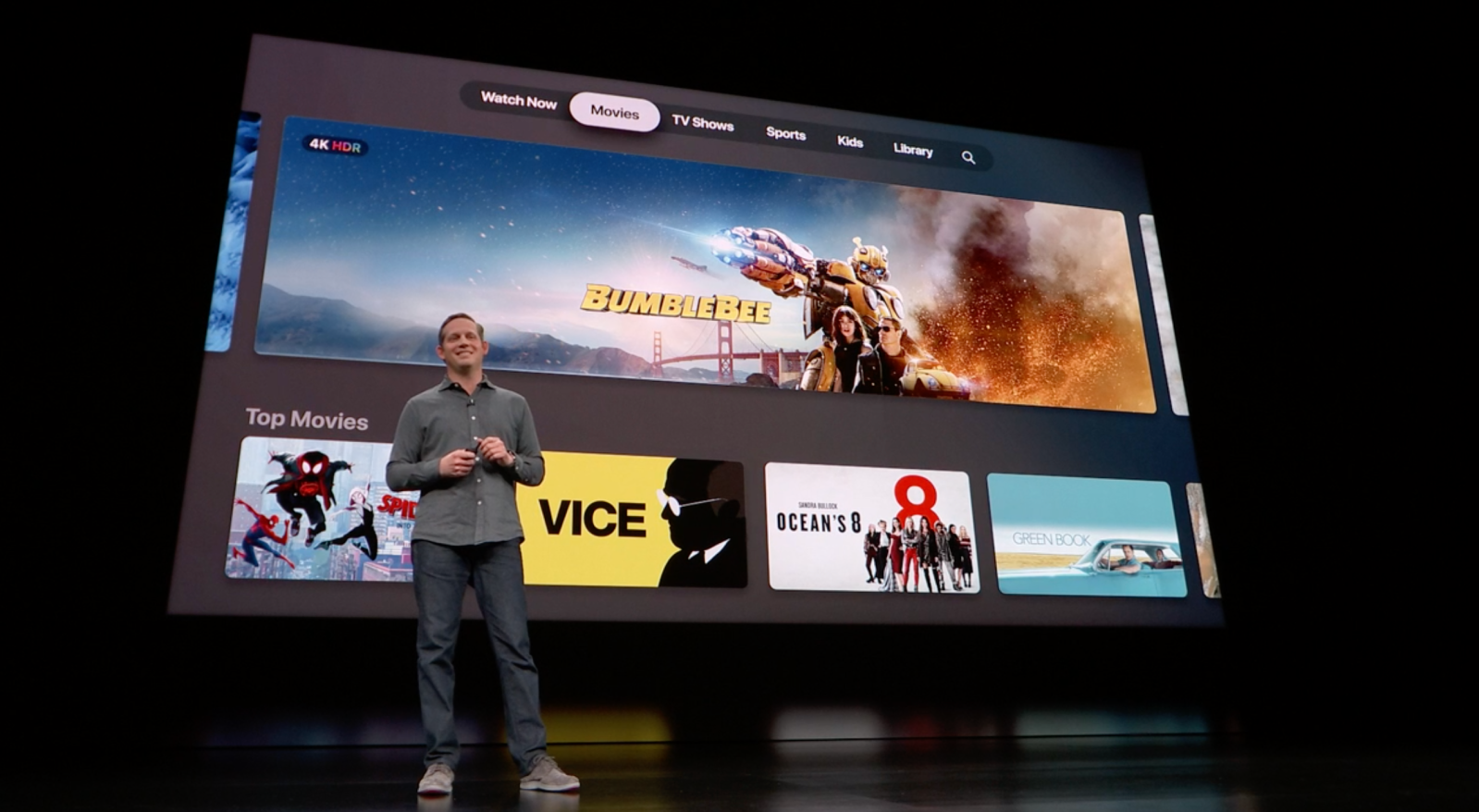 At its Services focused “It’s show time” event at Steve Jobs Theater today, Apple shared that it is expanding its TV app bringing it to the Mac and even further with deals with Roku, and Amazon.

A report from WSJ over the weekend noted that Apple had been in talks with the popular hardware/software media giant, Roku. Now, the platform will be gaining access to Apple’s new streaming service along with its refreshed TV app.

Apple first started opening up its TV app and AirPlay 2 platforms to third-parties earlier this year with announcements from Samsung, LG, and Vizio gaining native integration on new and some existing TVs. Apple’s new partnership with Roku and Amazon is a big deal as they are some of the most popular streaming devices/platforms on the market. While the Apple TV 4K sells for $179, Roku offers a 4K streaming set top box for just $39.

As Apple focuses more and more on growing its Services revenue it looks like a good move to partner with third-parties like Roku and Amazon instead of keeping its music and video content and apps walled-off to just Apple devices.