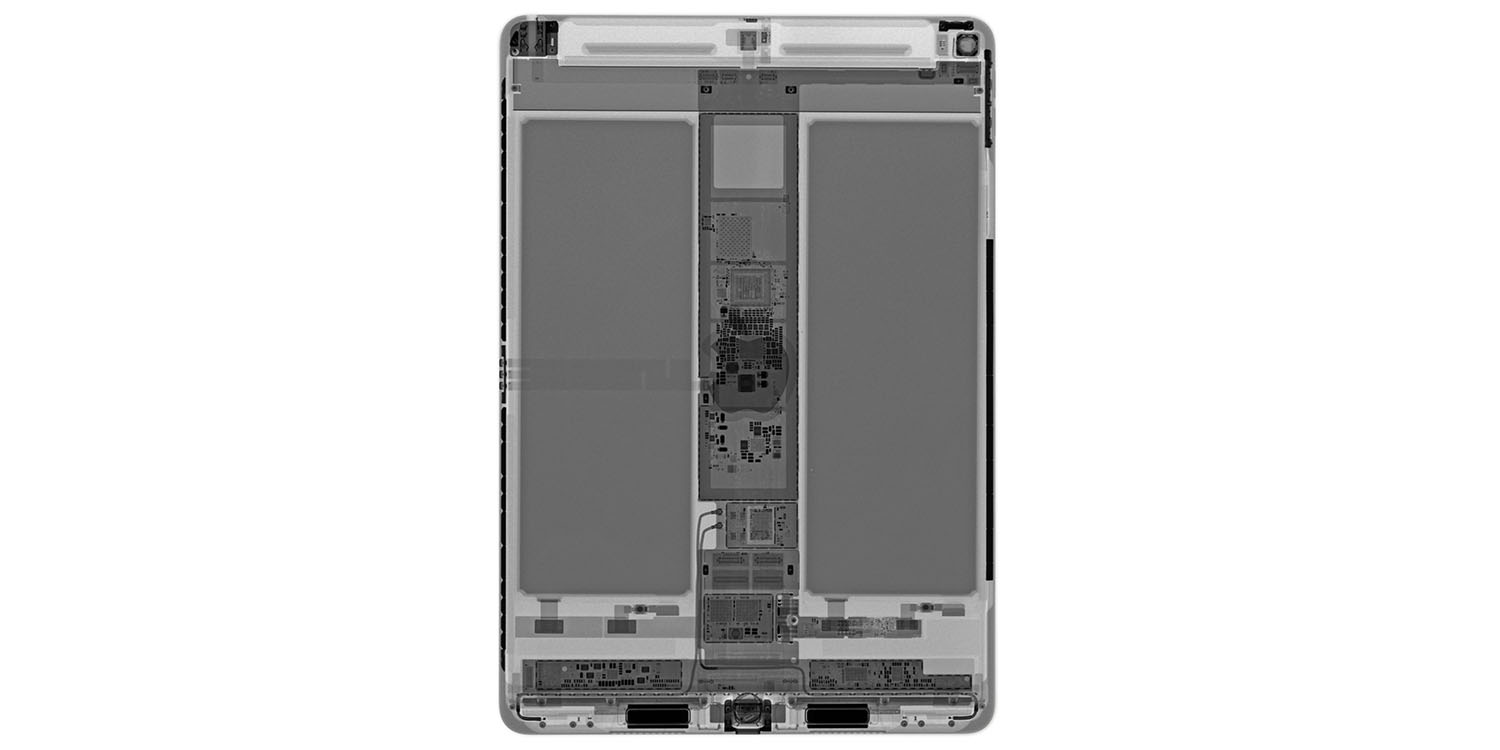 Apple has been keeping iFixit busy lately. After the company’s teardown of the new AirPods found two quality improvements, and little in the way of surprises in the iPad mini 5, iFixit decided it was time for the new iPad Air teardown.

Given the external and spec similarities to the discontinued 10.5-inch iPad Pro, it’s not surprising that iFixit found a close resemblance inside the device.

Our first peek inside reveals an internal layout that’s rather different from Airs past, featuring a central logic board—as seen in certain Pro iPads […]

[That’s not the only reason the] Air 3 looks an awful lot like the 10.5″ Pro! Dual-cell battery, Apple Pencil support, and Smart connector all say “Pro” to us—we’re just missing the second set of speakers!

This includes the battery.

The support for the Apple Pencil is similar, though not quite identical, to the 10.5-inch iPad Pro.

The size is similar, the Pencil support is similar, and the chips are similar to the 10.5″ Pro. However, the Air is missing one notable Pro feature—the cool ProMotion 120 Hz display.

In almost every other respect, however, this is an iPad Pro by another name. As our iPad comparison highlighted, you get a full-laminated display with anti-reflective coating offering a P3 wide color gamut and True Tone.

The close resemblance to the 10.5-inch iPad Pro also means that the Brydge Series II keyboard is compatible.

Unsurprisingly, iFixit gives the machine a low repairability score of 2/10. The good news is that a single Philips screwdriver gets you into the device, but all the adhesive makes any repair difficult, even something as basic as a battery replacement. The Lightning port is also soldered to the logic board, so if that fails, you’d need to replace the entire board.

Check out the full new iPad Air teardown over at iFixit.