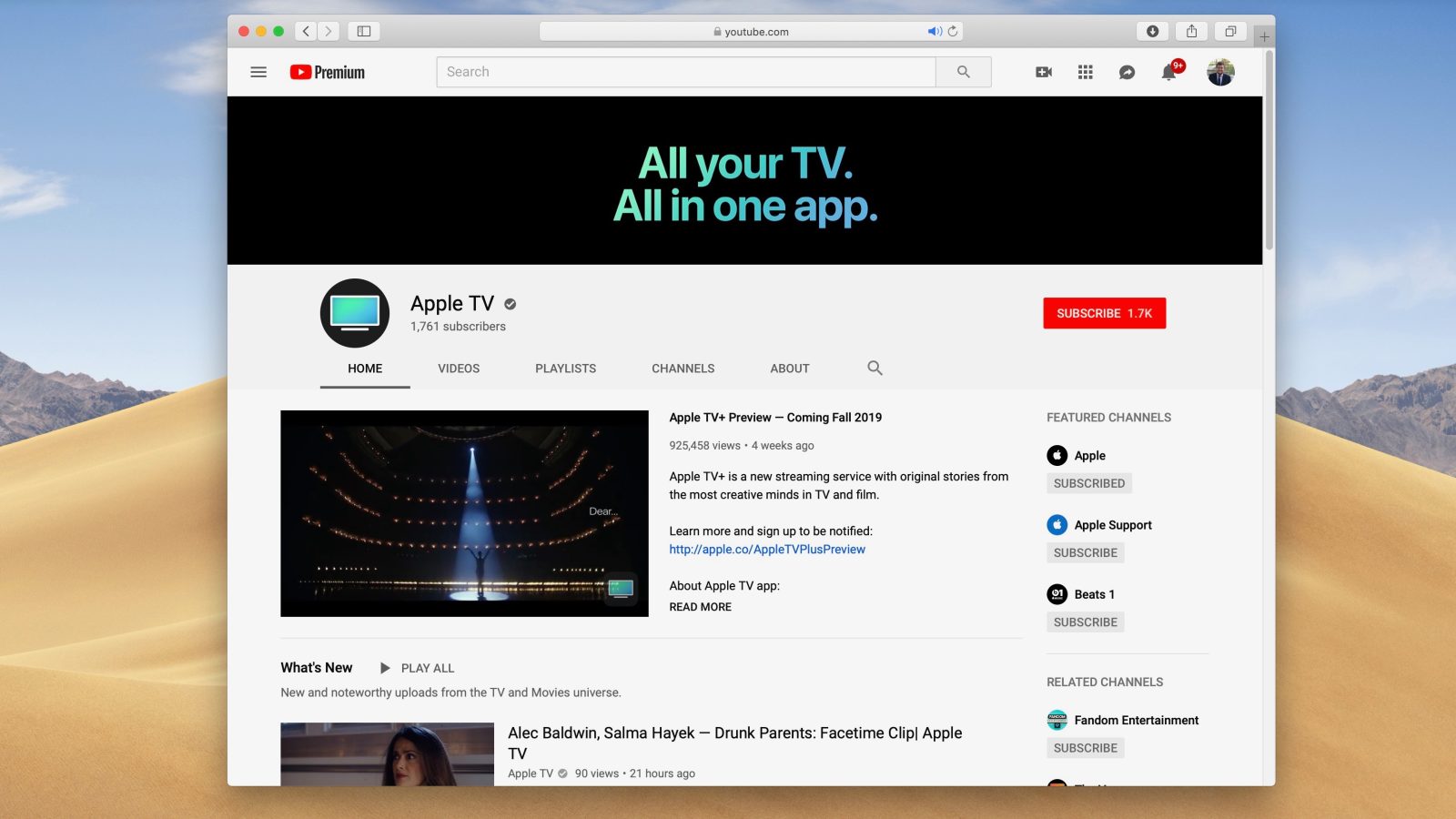 As it prepares its full entry into streaming TV for later this year, Apple has quietly launched a dedicated YouTube channel for Apple TV. On the channel, Apple showcases trailers, clips, and more for popular shows and movies.

The new channel was first spotted by MacStories. Over the last several weeks, Apple has seemingly been adding all sorts of content to the channel. The company has shared videos for TV shows and movies like Game of Thrones, On the Basis of Sex, The Secret Life of Pets 2, and more.

The channel does not have any new trailers for Apple’s upcoming Apple TV+ content. There is a video about the storytellers behind Apple TV+, which was first shown at Apple’s press event last month. There are also various Carpool Karaoke clips, as well as the Apple TV+ Preview video that was also originally shown last month.

The YouTube channel is divided into several different categories, including “Indie Exclusives,” “Ones to Watch,” “Hot Trailers,” “Behind the Scenes with…” and much more.

Apple has traditionally offered trailers and other behind-the-scenes content via iTunes, but this marks the company’s effort to move outside of the dedicated iTunes app. Apple is in the process of beta testing an all-new TV app for iOS and tvOS. The new app includes things like Apple TV Channels, deeper integration with third-party services, and more.