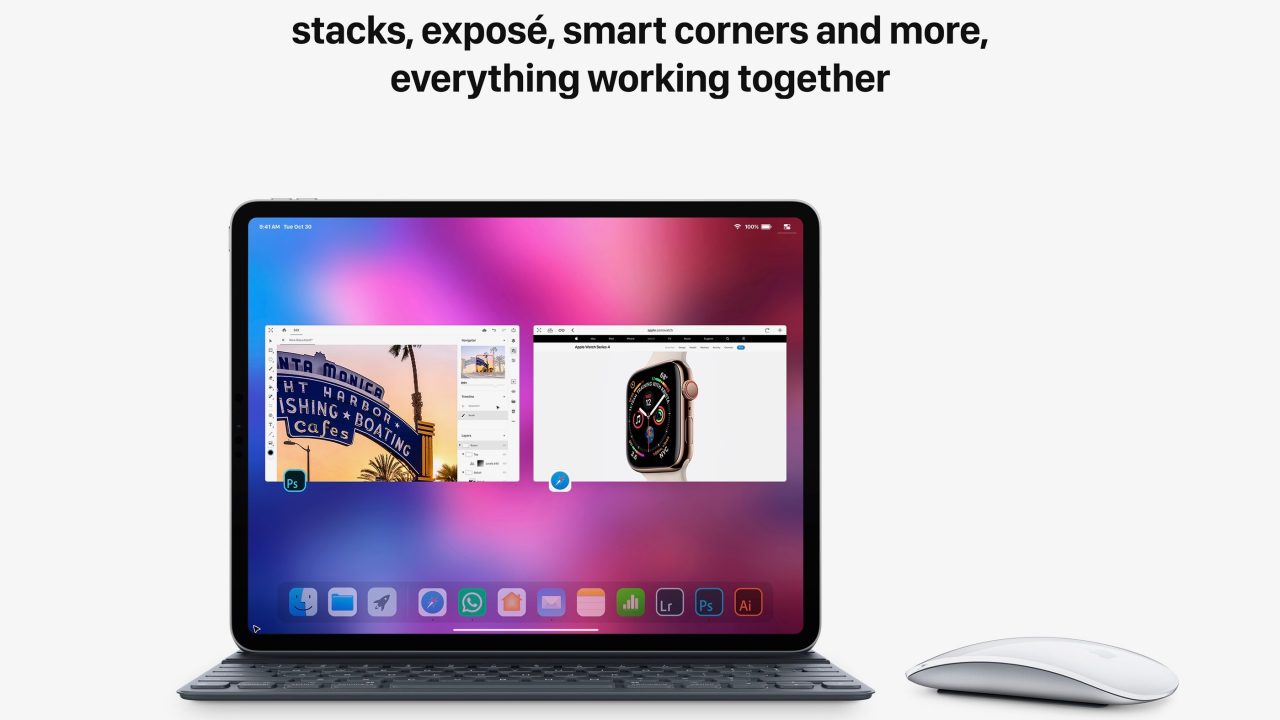 As we reported last week, iOS 13 is expected to bring some notable improvements to the iPad user experience. Now, a new concept imagines what iOS 13 might look like on the iPad, included new navigation features, mouse support, and more.

iOS 13 is said to be adding support for mouse interaction as an Accessibility feature for the iPad. This would allow users to pair a Bluetooth mouse with their iPad for an added control option. Today’s concept from designer Guilherme Martins Schasiepen attempts to imagine what that might look like.

For instance, the concept imagines features like floating apps, Expose, improved drag and drop, and more coming to the iPad this year. With mouse and trackpad support, you could also take advantage of new multitasking gestures to move between apps. There’s also a new Control Center interface depicted here, including expanded access to connectivity controls and more.

One interesting feature imagined is referred to as “smart corners.” This allows you to drag a file or window to the corner of your iPad’s display and access an Expose-like view of all your windows. From there, you can drag that file quickly into another app.

9to5Mac’s report on iOS 13 last week detailed several iPad improvements. For instance, Safari will automatically ask for a desktop version of websites when necessary. There is also a new undo gesture for text input, as well as the ability for apps to have multiple windows.

View the full concept on Behance right here. What do you think of these iPad imaginations? Let us know down in the comments.