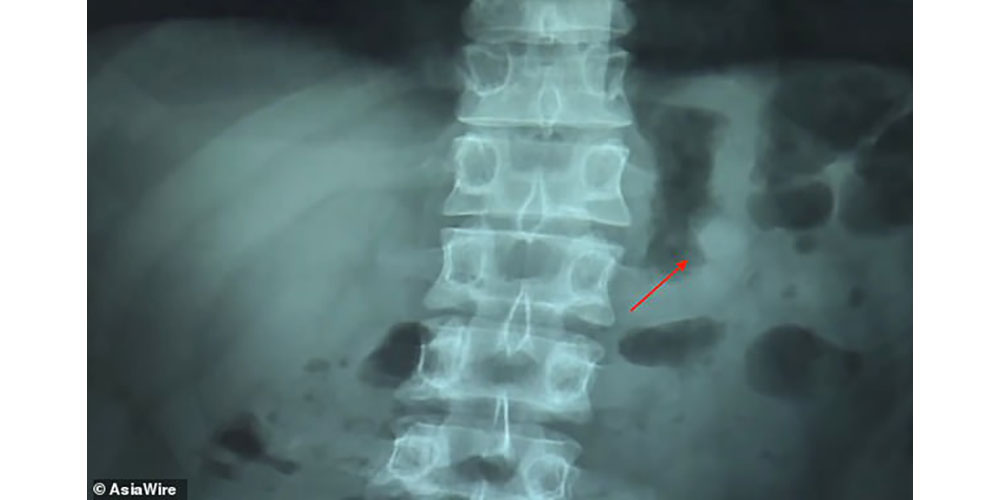 A Taiwanese man found that his accidentally swallowed AirPod still worked even while it was in his stomach.

Yeah, I’m not sure how you accidentally swallow one, either, but there is medical evidence to show that he managed it …

Ben Hsu fell asleep with the pair of wireless headphones still in his ears but woke up unable to find one of them.

Using an iPhone tracking feature he discovered the device was still in his room and heard its beeping sound following him around.

He said: ‘I checked under my blanket and looked around but couldn’t find it – then I realised the sound was coming from my stomach.’

He went to hospital where an x-ray confirmed that the location of the AirPod. He was told that surgery would be plan B, but the hope was that the situation would resolve itself … naturally.

It apparently did. We’ll gloss over the details, but after washing and drying it, it still worked.

‘The battery was still at 41 percent! It was incredible,’ he said, calling his experience with the Apple product ‘magical’.

Personally, the ‘incredible’ part to me is that someone would be willing to recover and re-use an AirPod in such circumstances, especially as it was reportedly recovered in a public restroom … but I guess we know now that the level of waterproofing is pretty decent.

Tim Cook referred to AirPods in this week’s earnings report as ‘a cultural phenomenon‘; AAPL’s results show them to be a financial phenomenon – and we can now seemingly add ‘medical phenomenon’ to the list.

More than two years after AirPods were introduced, Apple is still struggling to make them fast enough.

Maestri said that Apple is “working hard to catch up with incredible customer demand” for AirPods. This certainly implies that Apple thinks it could have sold even more AirPods during the second quarter of 2019 had it been able to better keep up with demand.