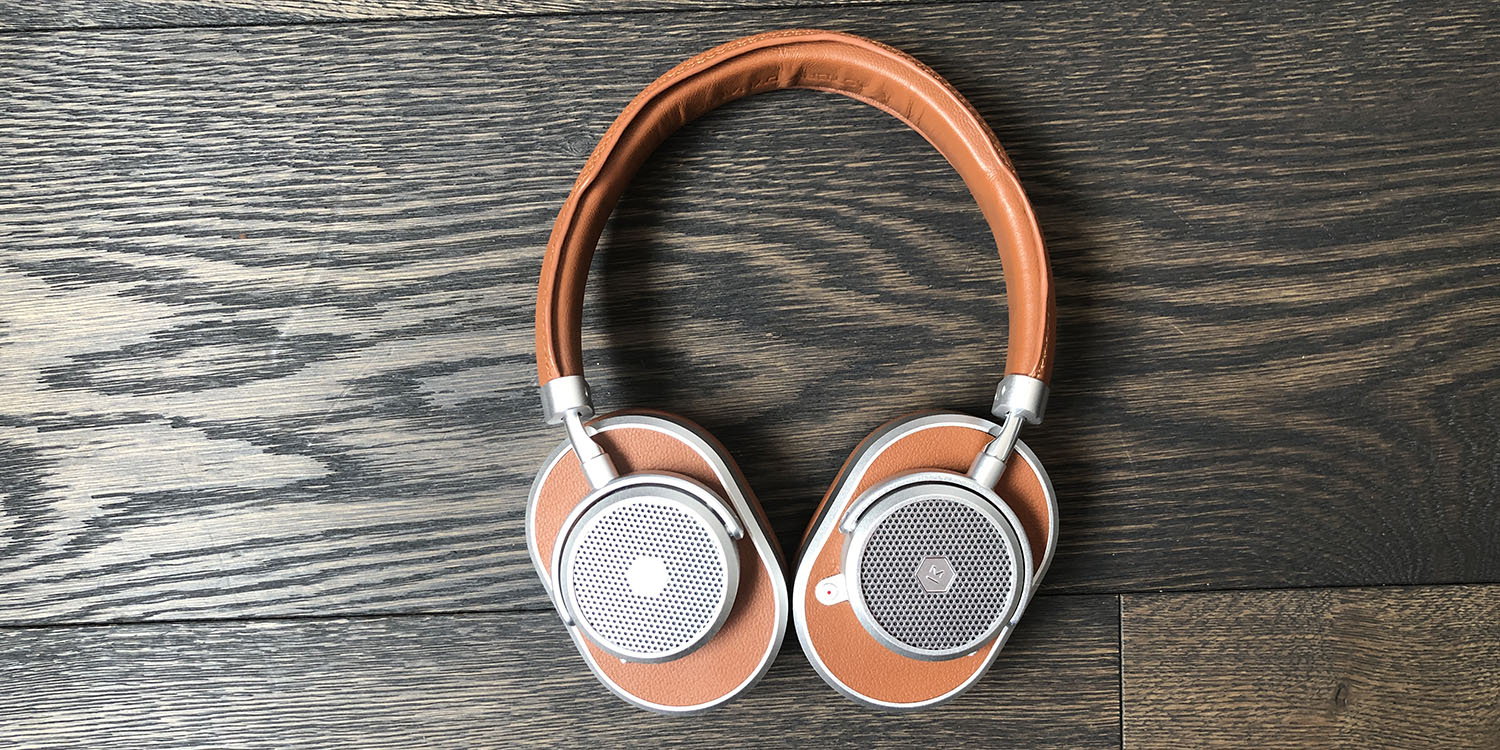 For a long time, my audio loyalty was split between two companies: Bang & Olufsen and Bowers & Wilkins. That changed in 2014 with Master & Dynamic (and again in 2016 with Naim) …

Despite the fact that the company had only existed for a year at the time, it was able to immediately establish itself as a serious audio player – thanks in part to the hire of a former senior mechanical engineer at Bose. I tried the company’s MH40 wired headphones, and was immediately sold.

The most important thing to me about headphones and speakers is neutral sound: that I’m hearing something as close as possible to the live music. And that’s exactly what the MH40 delivers.

The 45mm neodymium drivers deliver bass which is deep and full, but not exaggerated. Treble is clear and detailed, and you can hear all the detail in the midrange. These headphones are, in short, as good as my ears.

The MW65 are available in a choice of silver with brown leather or gunmetal with black leather. I opted for the brown.

For anyone familiar with the company’s other on-ear and over-ear headphones, the design will look extremely familiar. At first glance, and ignoring the lack of cable, the MW65 could easily be mistaken for the MW40 from five years earlier.

That’s not a great surprise. A key part of the company’s appeal has been its ability to marry fantastic sound quality with aesthetics representing a modern take on a traditional approach. It did that so well, it’s not likely to want to mess too much with the design. Indeed, co-founder Jonathan Levine was inspired by a pair of 1940s headphones when he first created the product.

The MW65 are made from lightweight anodised aluminum coupled with heavy grain leather on the outside and buttery-soft lambskin leather over memory foam for the earcups, with the same leather on the inside of the headband.

Aesthetics are of course very subjective, but I’m a big fan of the blend of contemporary and traditional design. The earcups twist, to fold flat when carrying in a bag.

While the looks are not a surprise, the feel is – big time! These look like very chunky headphones, and you expect them to have a real heft to them when you pick them up. Instead, they feel featherlight.

The MW65 weigh just 245g. That’s more than 100g lighter than their wired predecessors, and subjectively they feel even lighter than that. The combination of the light weight and the comfort of the lambskin leather makes them incredibly comfortable even for extended use. 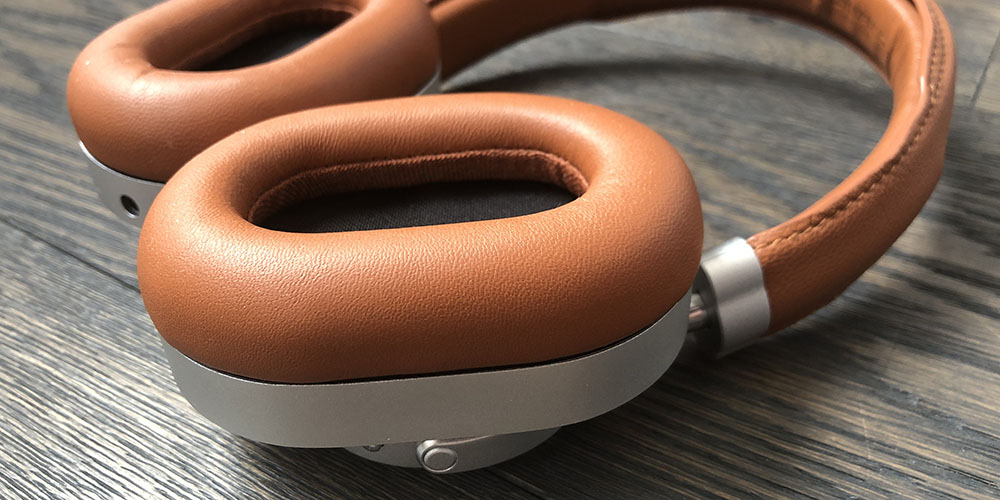 Of course, great looks and comfort are desirable, but sound quality trumps everything – and the MW65 don’t disappoint.

Despite using 40mm drivers in place of the 45mm ones in the MH40, I can detect no difference in audio quality. The drivers are still beryllium – a material used because its high rigidity eliminates distortion.

The audio tuning is exactly what you expect from Master & Dynamic: essentially neutral, but with a small bias toward warm. This means you get very natural-sounding vocals coupled to impressive bass, at the expense of just a little diminishing of the highest notes (higher violin notes, for example).

The soundstage is really wide, especially noticeable when listening to live albums.

On the Mac, the MH65 supports aptX. The Bluetooth connection is also rock solid on all devices, and with great range. I was able to continue listening without drop-outs or interference throughout my apartment with the Mac or iPhone left in one room.

Maximum volume is a little lower than I’d ideally like, and that’s my one, very minor complaint. 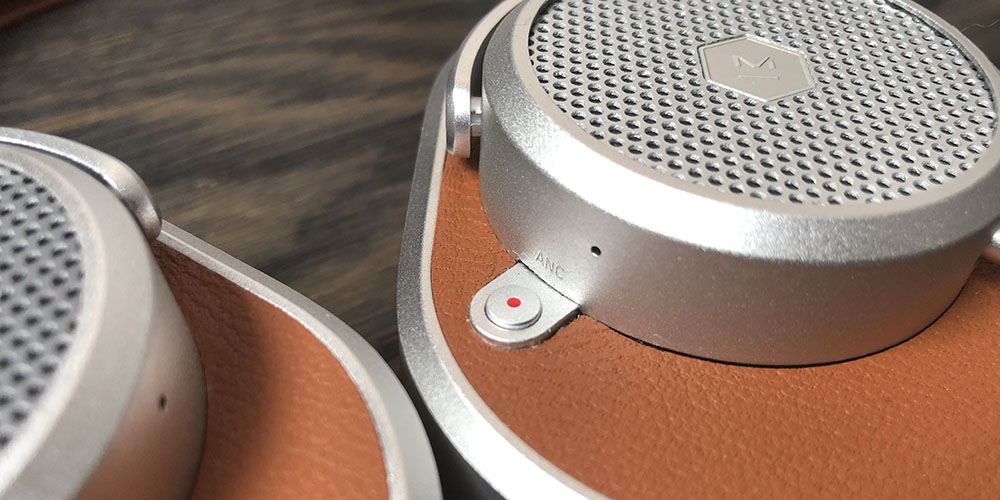 Let’s start with a few notes about noise cancellation in general before we get into the MW65 performance.

First, in the days before active noise cancellation (ANC), we relied on passive sound isolation. In other words, earcups that block out as much as possible of the external world.

Second, no active noise cancellation system is perfect. No matter how hard they try to cancel ambient noise without losing anything from the music, there is always some hit to the audio quality. The bottom line is you have to choose between ultimate audio quality and noise-cancellation.

Third, there are two different ANC methods in use today. Both rely on microphones picking up the ambient sound and then canceling that by playing sound with mirror-image waveforms on top of the music. But one method uses external mics, to pick up all the ambient sound and cancel that; the second uses mics inside the earcups, to cancel only the sound that makes it through the earcups. The former is usually more effective, the latter has a smaller hit on audio quality.

So, let’s get to the MW65 noise cancellation.

As over-ear headphones with memory-foam cups cushioning the side of your head beautifully, the passive sound isolation of the MW65 is already very good. The need for active noise cancellation is thus lower than it is with on-ear or in-ear headphones.

The MW65 also offers both types of ANC. On the low setting, it uses mics inside the cups; on the high setting, it uses the external mics. They default to low; pressing the red ANC button once switches to high; pressing it again switches it off. You get voice confirmation of each setting.

In theory, the noise-cancellation on the MW65 ought to be the best in the business. In practice, however, that isn’t the case. It’s very, very good – but not quite in the same league as the Bose QC35, which set the gold standard for ANC.

However, it really depends what matters for you. If you sometimes use ANC headphones to achieve complete silence without music (on a long-haul flight, for example), then stick to Bose. But listening to music, even in low mode, the MW65 performance is excellent. And the MW65 audio quality leaves Bose somewhere back in the dust. For my money, I’ll take the MW65 with ANC set to low.

There is one oddity: the MW65 ANC has a feedback issue when moving. When walking down the street, you get a kind of ‘crunch crunch’ noise as you walk. That’s not too much of an issue in the real world – I was only using them in that way to maximize my experience of them in a short time to get the review out promptly. I wouldn’t normally ever want to block out all sound when walking. But if you do, then you can rule them out, as that was the case with both prototype and production models.

Oh, and I’d like to be able to tell you about battery life, but I can’t. Master & Dynamic says ‘up to 24 hours,’ and manufacturer claims are usually exaggerated. But I’ve notched up more than 20 hours total listening time on a single charge and they are still going. Let’s just say battery life is good. 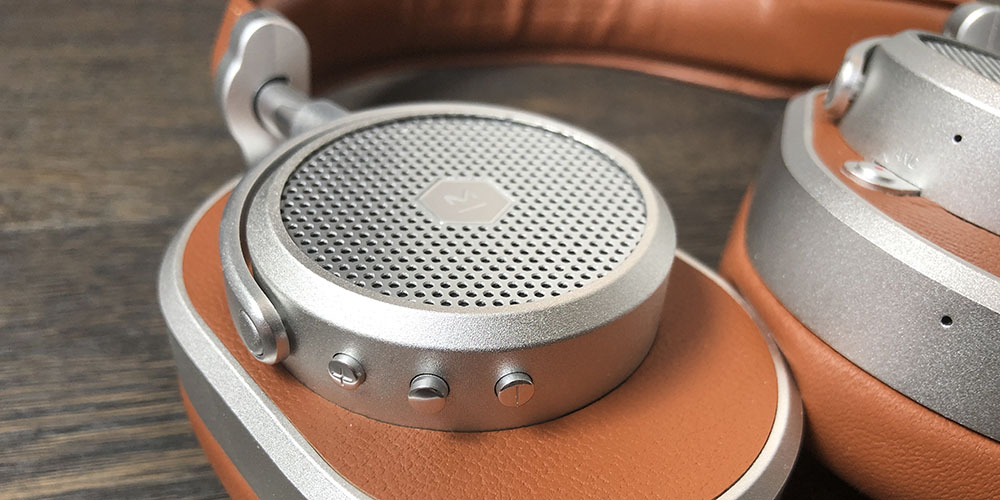 That’s a lot of money, even by B&O or B&W standards. My trusty B&W P5 Wireless, for example, cost half that – though those are on-ear and lack ANC. B&O H9i, which do have ANC, in theory cost the same as the MW65, but in practice you can pick them up for less – significantly so, if you’re flexible on color.

That said, it may just be a question of waiting a while. The MW60, which is essentially the same thing without ANC, has a list price of $449 but you can pick them up on Amazon for a lot less. The MW65 haven’t yet made it to the company’s Amazon store, but if you’re not in a hurry, I’d give that a try a little way down the road.

Are they worth $500? That’s a tough call. The sound quality is fantastic. The choice of two different ANC systems is brilliant. They look great. Battery life is impressive. And the lambskin leather and light weight means they are really comfy to use. I think the price is justifiable if you want to buy now. But if you can wait, even better.

Master & Dynamic MW65 ANC Wireless Headphones are available for $499 from the company’s website.