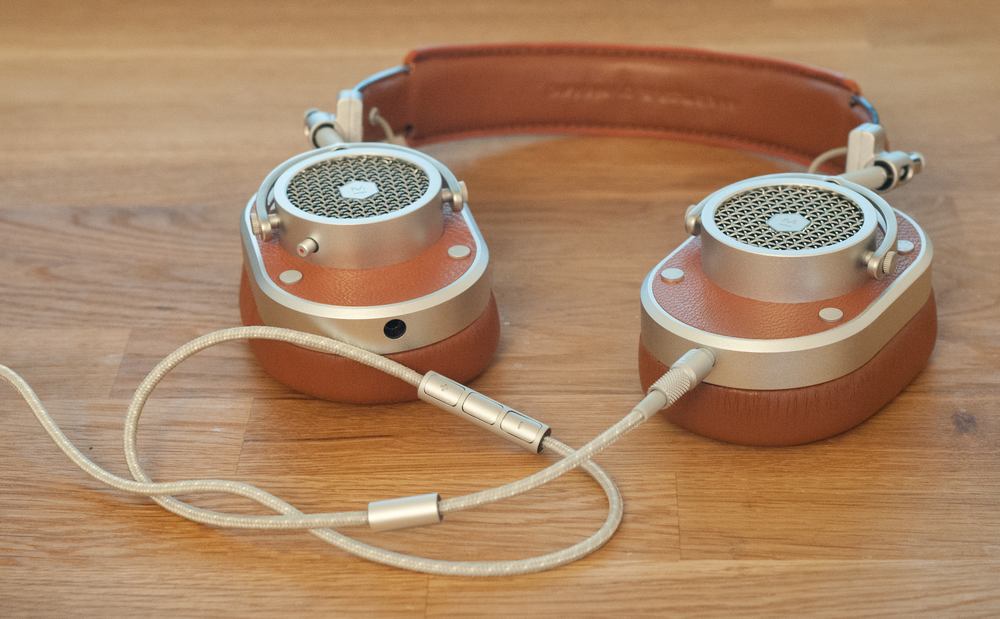 If you’d have described MH40s to me in words, I’d have thought them far too fussy. The simplicity of my P5s is one of the things I love about them. But the MH40 looked great in photos, and once I held them in my hand, I was blown away by the looks.

The headphones mix premium leather with anodized aluminum, always a winning combination. I generally prefer black, which M&D offers, but the tan leather looked so good in the photos I thought I’d see how it looked in the flesh. The answer was: fantastic.

I’m fussy when it comes to details on products costing this kind of money, and the workmanship on both the aluminum and leather is flawless. They ooze quality, and I’m confident these would pass my all-important ‘buy the right thing, buy once’ test of lasting pretty much forever. As with the P5s. should the worst happen, both cable and magnetically-attached earcups are replaceable.

There was one area where the MH40s immediately won out over my P5s: the cable and controls. Where the P5 has the usual thin plastic-coated wire and plastic controls, the MH40 has a metallic-feeling woven fabric cable with anodised aluminum controls and mic. Not only does this look great, but it proved virtually tangle-free. As with the P5, you get a second control-free cable in the box.

Functionality is identical to the P5, using the same multi-function play/pause button. A single press toggles between play and pause, and also answers and ends calls. A double-press advances to the next track, and a triple-press returns to the previous one. A long-press activates Siri.

There is also a clickable mute button on the right can, which I wouldn’t have spotted without reading the manual.

I greatly favor headphones over earphones, but portability is of course the one drawback. Traditional bulky headphones don’t slip easily into a small bag when you’re done using them. My P5s take up very little room in a bag thanks to an on-ear design and cups that swivel round to fold flat.

The MH40 is an over-ear design, so they can’t fold as flat. But it does do the same swivel trick, and the cups are shallower than with traditional designs, so they fold reasonably flat.

The MH40 is getting on for twice as heavy, at 360g vs 195g, but that’s partly a price of over-ear vs on-ear, with that lovely woven cable making up at least some of the balance, so I’m prepared to forgive that.

The P5 wins on portability, but the MH40 is certainly a decent contender. 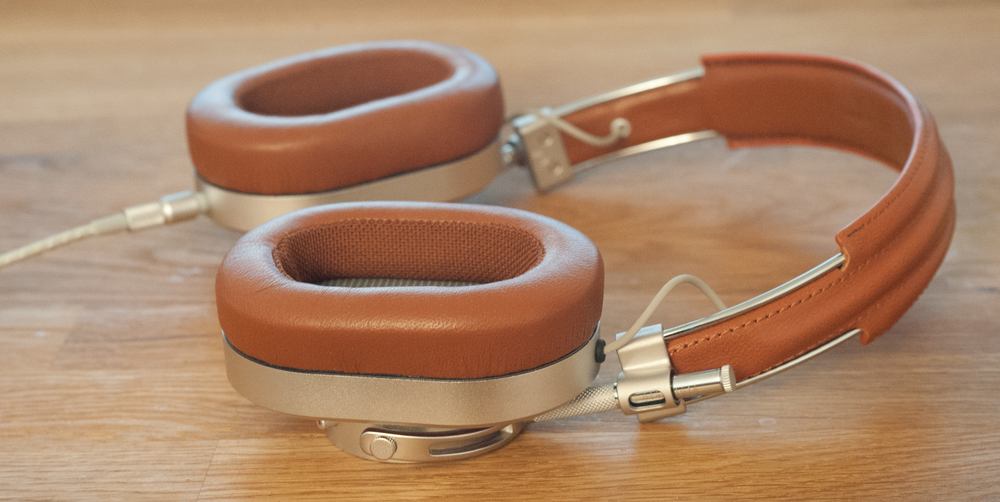 The MH40 uses the exact same approach to the earcups as the P5: soft lambskin leather over memory foam. It’s incredibly soft to the touch, and has a really luxurious feel.

I find most headphone bands are a little tight when new (insert ‘big head’ comments here), but a little stretching of the band cures that. I’ve worn them for several hours at a time, and they remained completely comfortable. Top marks here.

So to the part that is most important, but also hardest to write about: the sound.

I’ve been using the MH40s exclusively this week, and the tl;dr version is that the sound quality is every bit as good as the P5.

My musical tastes run very much toward singer-songwriters and acoustic tracks, so if you’re a heavy metal fan, your taste in headphones may vary. But the most important thing to me about headphones and speakers is neutral sound: that I’m hearing something as close as possible to the live music. And that’s exactly what the MH40 delivers.

The 45mm neodymium drivers deliver bass which is deep and full, but not exaggerated. Treble is clear and detailed, and you can hear all the detail in the midrange. These headphones are, in short, as good as my ears.

The maximum volume is 98dB, which is a pretty standard value though lower than the 107dB offered by the P5. However, M&D seems to have got this spot-on: I never listen to the P5s at maximum volume, and when I did a back-to-back comparison of my normal volume on the P5 with the maximum volume of the MH40, they seemed identical.

Update: Master & Dynamic has partnered with NeueHouse to create an optional MM800 boom mic for the MH30 and MH40 headphones. They are intended to offer a greatly improved level of voice isolation when used for calls in a noisy environment such as an open-plan office. It’s a straight swap for the standard mic cable. My tests did indeed show it to be excellent in noisy places, though it’s not a cheap addition at $129. Looks-wise, it is, as you’d expect, an excellent match for the headphones. 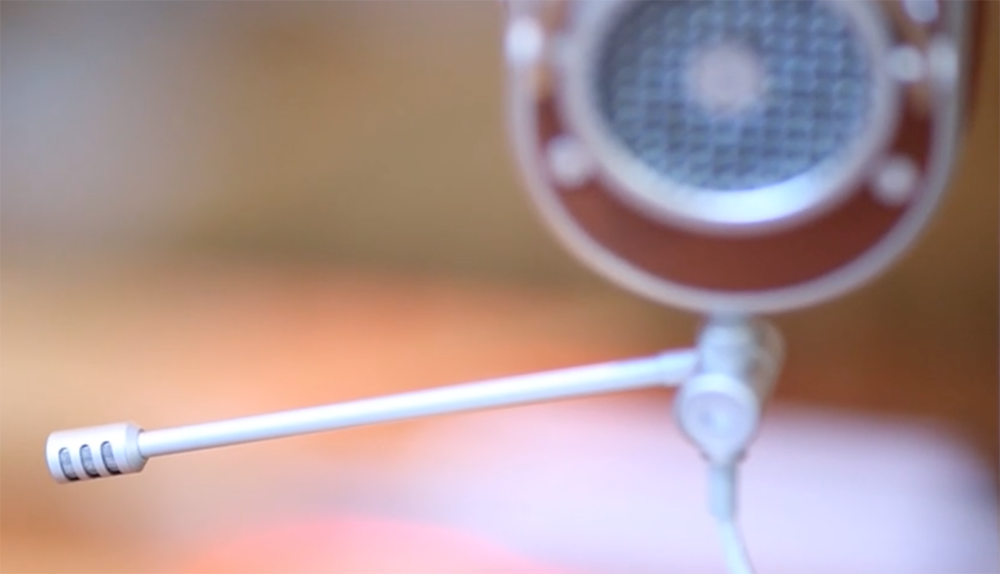 With most headphones I’ve tried, I’ve been glad to get back to my P5s afterwards. With these, I felt like I could pick up either pair at random and be equally happy – and from me, that’s the highest praise possible.

Master & Dynamic MH40 headphones are available in black, brown and grey at $399 with free delivery and returns. An optional – and stylish – stand is also available for $59. If you’re buying as a late holiday gift, order by 22nd December for guaranteed delivery by 24th December. They are also available from Amazon with one-day delivery for Prime members.

Thanks to Axial for the suggestion.