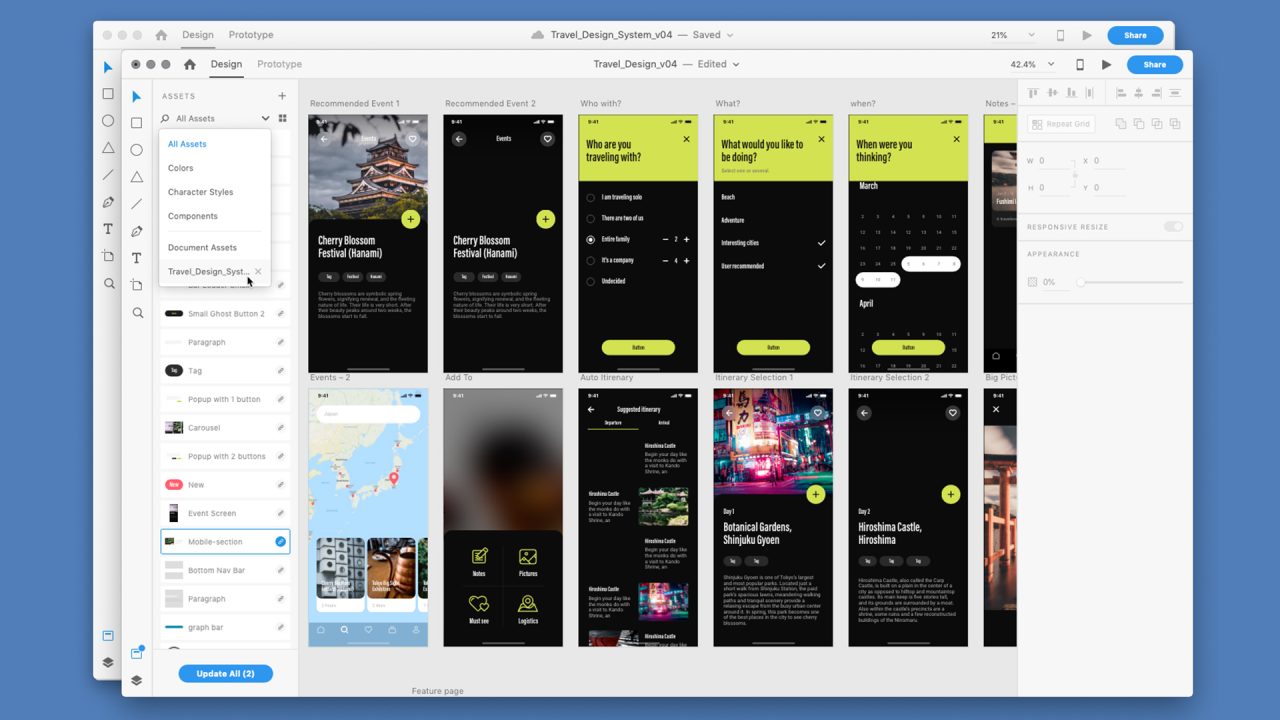 Last December, Adobe teased that full support for design systems was just around the corner for its prototyping tool Adobe XD. Today, the company released a significant update that delivers on that promise and adds several other requested features for designers.

Design systems in XD are built on the foundation of cloud documents, a new form of file management for Adobe apps that syncs with Creative Cloud and is now the default way of working in XD. Designers will now be able to create cloud documents with colors, characters styles, and components that can be reused by an entire team and centrally managed to push updates to everyone at once.

Components are a significant part of Adobe’s design system workflow. A component defines a specific design element like a button or icon. Instances of components can be created and individually customized, but changes made to the source component will apply to every instance. In the future, Adobe says it will add support for defining multiple component states to build reusable animations and more.

Once you’ve created a design system, you’ll be able to share a style guide right from XD for developers and others outside the design team. Design elements can be arranged in a sticker sheet and published to the web for quick reference to color values, attributes, and downloadable assets. 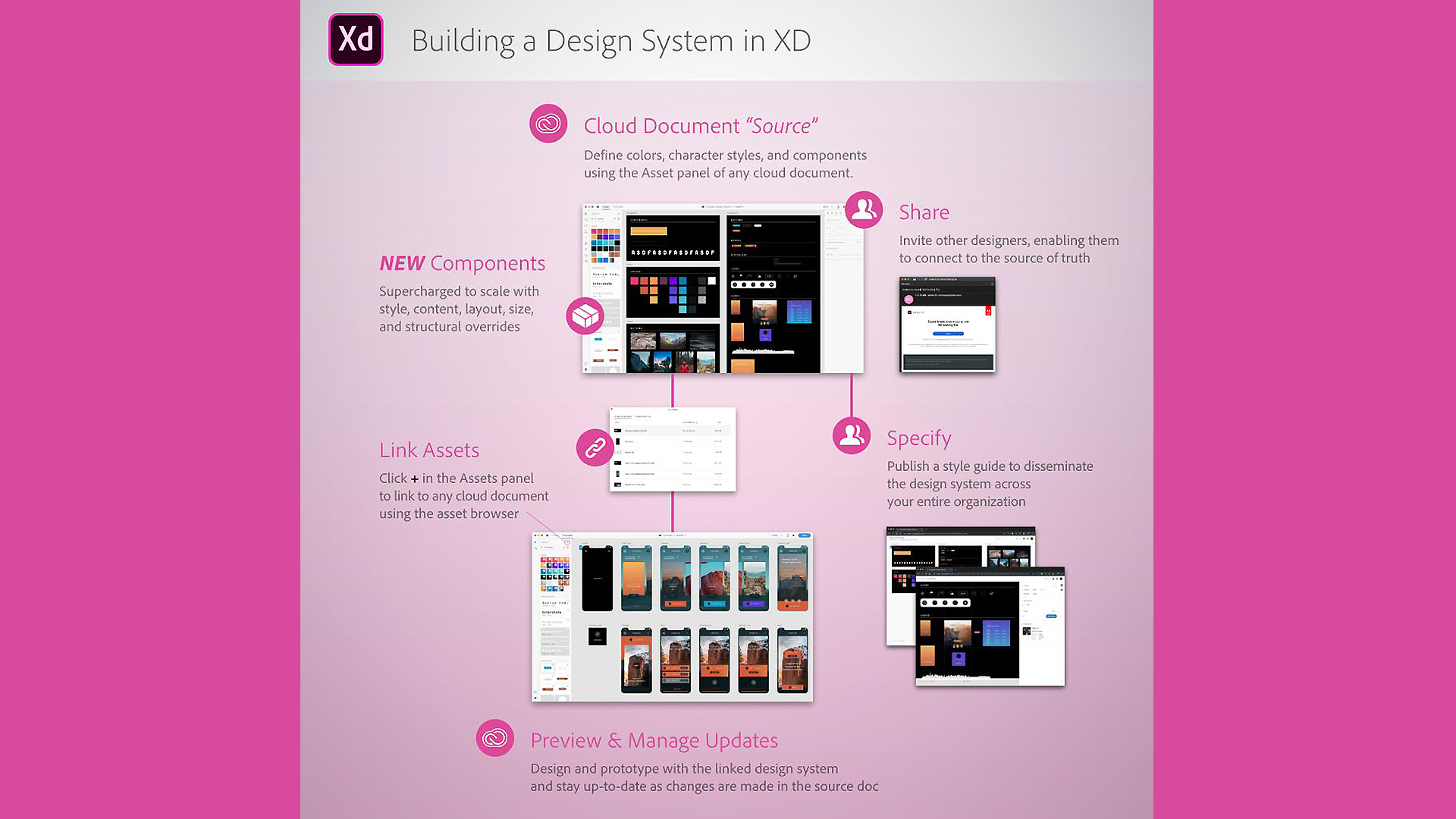 Today’s XD update includes a few other improvements which Adobe has outlined in a blog post alongside more information on creating design systems:

Artboard guides: Guides can now be added to any artboard by dragging them out from either the top or the left side of the artboard.

Keyboard and gamepad triggers: With this release you can assign keyboard triggers to simulate desktop-based experiences, as well as use connected Xbox One and Playstation DualShock controllers as inputs to simulate interaction for game console experiences.

Permissions and sharing: It’s now possible for those with the link, but without permission to view, to request access from you. You can review each of the incoming requests and decide whether to grant access to your work.

More plugins: With over 150 plugins now available, you can now see a summary and detailed descriptions for each plugin, as well as search based on keywords. 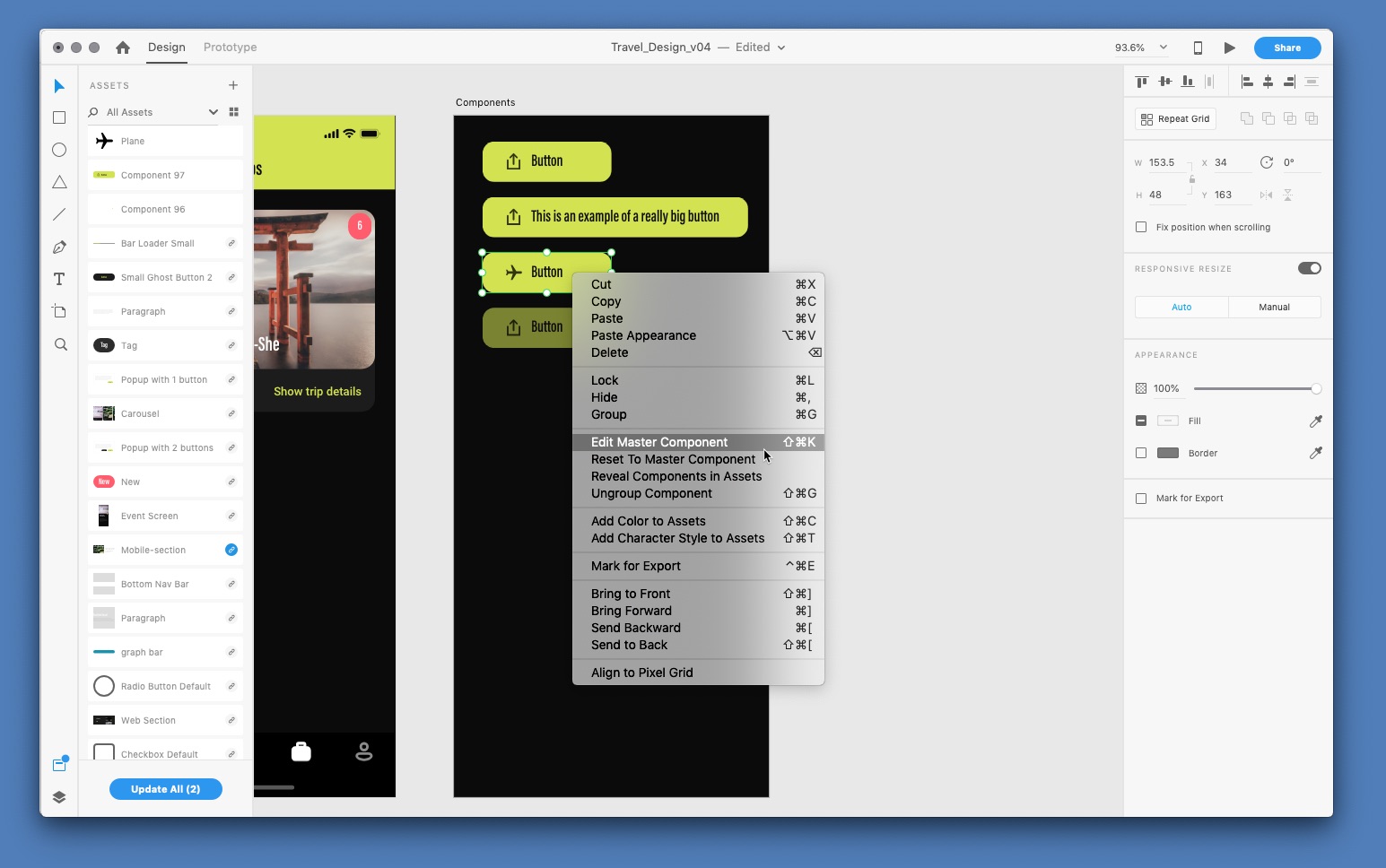